"Before IPOB There Was MASSOB So Calm Down, This Agitation Was Not Discovered By You"- Aisha Says

By Castro_cahn (self media writer) | 7 months ago 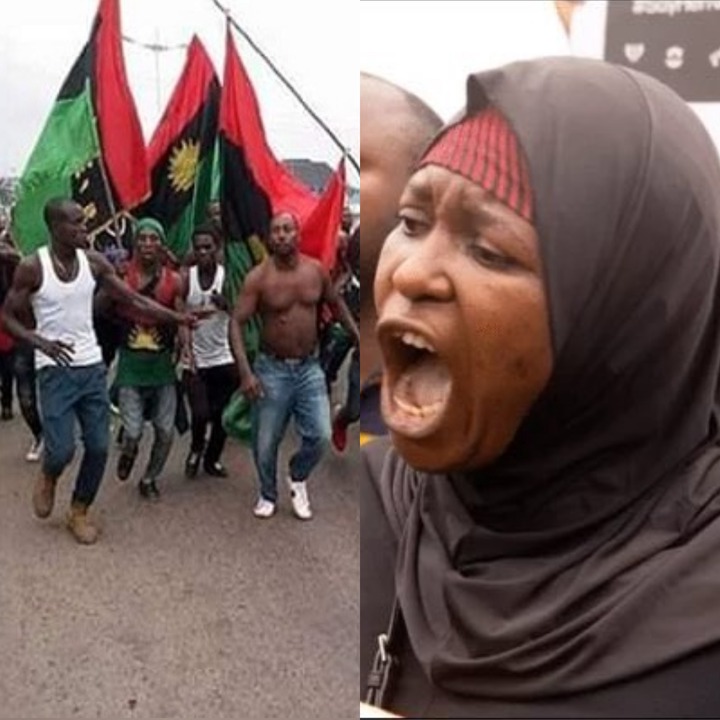 Aisha Yesufu has taken to social media to attack ill-mannered IPOB supporters insulting Nigerians on social media. The human rights activist and convener "Bring Back Our Girls" chide all those making noise about breaking away from Nigeria on Facebook and Twitter without making any strategic moves. According to Aisha Yesufu, those agitating on social media for a sovereign state of Biafra should first get their members into the 5 government houses, All the State seats and National Assembly seats, and team up with others who want to go their separate ways.

Aisha Yesufu went further to reveal that before IPOB, there was a group known as MASSOB. She called on all those agitating to adopt a more civilized way of doing it instead of causing troubles. Here is what she said, "Before IPOB there was MASSOB so calm down, this agitation was not discovered by you. Just try getting your members to occupy the 5 Government Houses, All the State Houses of seats, National Assembly seats also and team up with others who want to go separate ways. Be pragmatic!", she said. 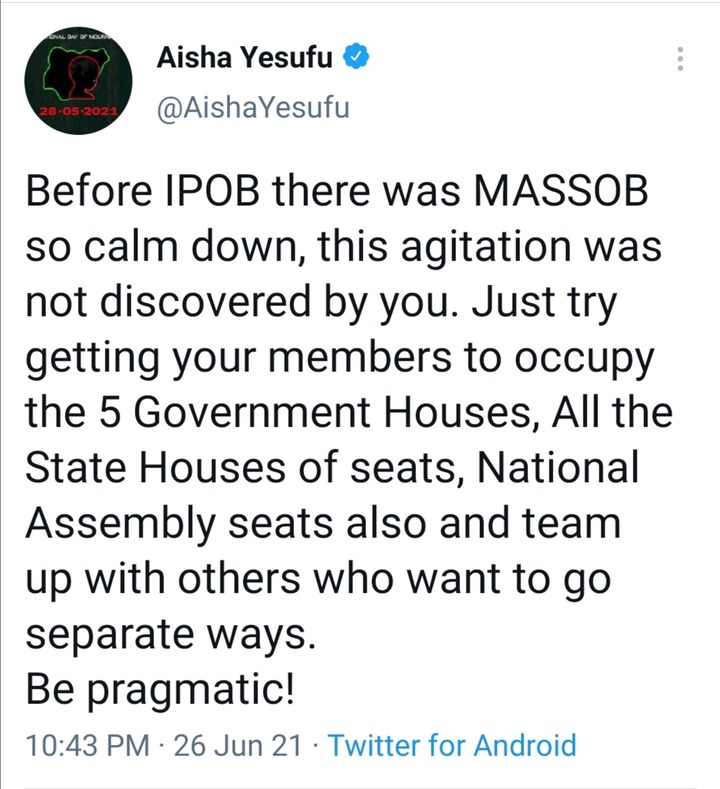 After Aisha Yesufu made her point known, many Nigerians took turns to react to what she said. The majority chides her for attacking IPOB supporters. They advised her to mind her business and stop poking her nose at things that don't concern her.

There are a few other persons who found wisdom in what she said. This group of persons advised IPOB supporters to find pragmatic ways of solving issues instead of being violent and insulting.

• Do you think that Aisha Yesufu is right?.

• Do you think that she is overreacting?.

• Do you think that IPOB members are violent?.