South West congress will be transparent and credible – PDP 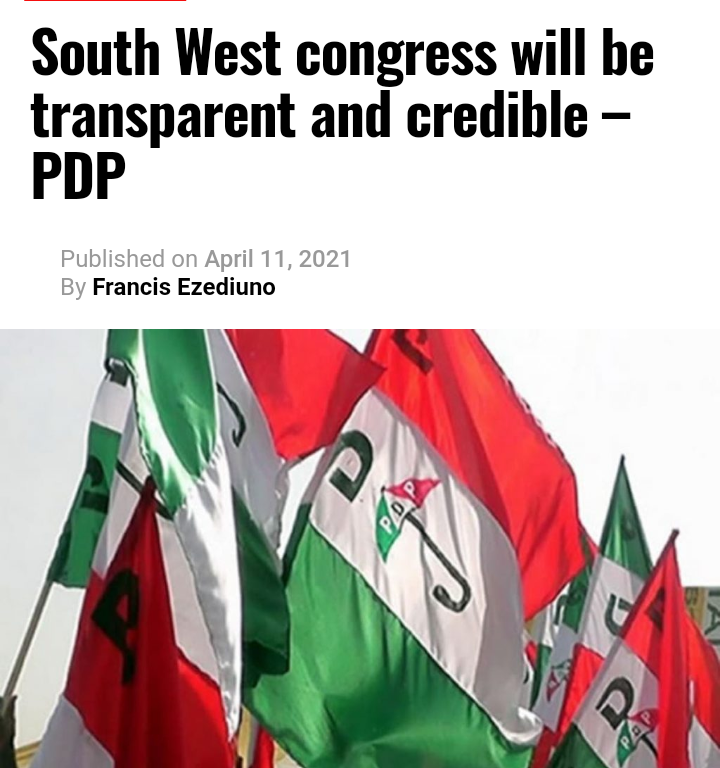 The Peoples Democratic Party (PDP) has released the list of delegates ahead of its South West Zonal Congress scheduled to hold in Osogbo, the Osun State capital on Monday﻿.

According to a press release signed by the party’s National Organising Secretary, Col. Austin Akobundu (rtd.) and made available to DAILY POST, the availability of the delegates’ list was in line with the mandate of the PDP to conduct a free, credible and transparent congress.

While wishing all aspirants, stakeholders, party members and supporters a hitch free congress, the party maintained that its congresses remained in strict compliance with the National Centre for Disease Control (NCDC) guidelines on COVID-19. 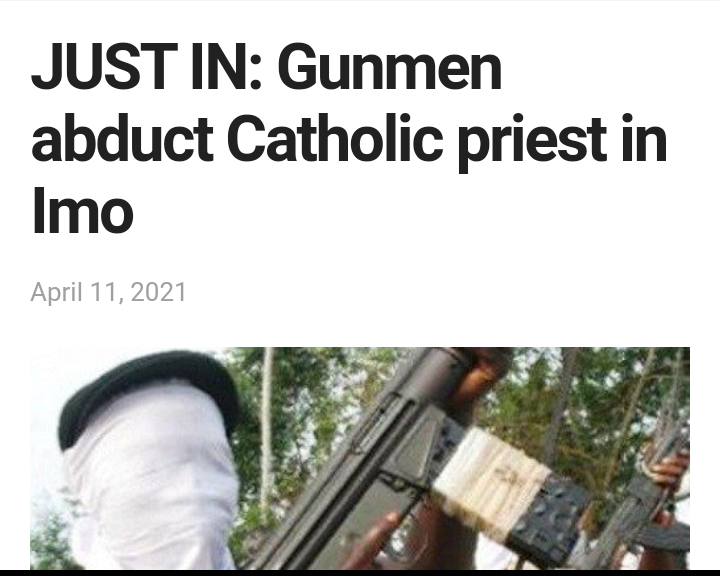 The priest, Rev. Prof. Izu Marcell Onyeocha, was said to have been abducted around 7:00 a.m at Ihube Community in Okigwe Local Government Area of Imo State along Enugu -Port Harcourt Express Road.

The victim, who is a lecturer in the Faculty of Humanities at the Imo State University, is a native of Avuru Community in Ikeduru council area.

He was said to have been on transit from Enugu to Owerri when the incident happened.

According to a resident of Okigwe town, the cleric was driving when the gunmen accosted him.

The gunmen were said to have shot sporadically into the air to force him to stop.

Imo police spokesperson Orlando Ikeokwu could not respond to enquires from The Nation as his phone line rang out without answer. 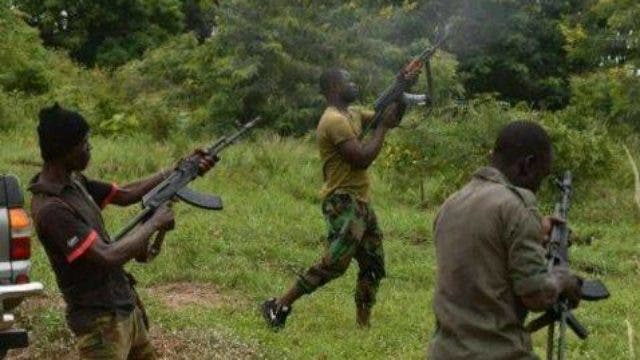 The filling station is located at Ondo road in Akure metropolis.

Vanguard gathered that the two security guards were killed at the station during the operation.

It could not be confirmed the amount of money carted away by the robbers who reportedly invaded the station around 2am on Sunday. 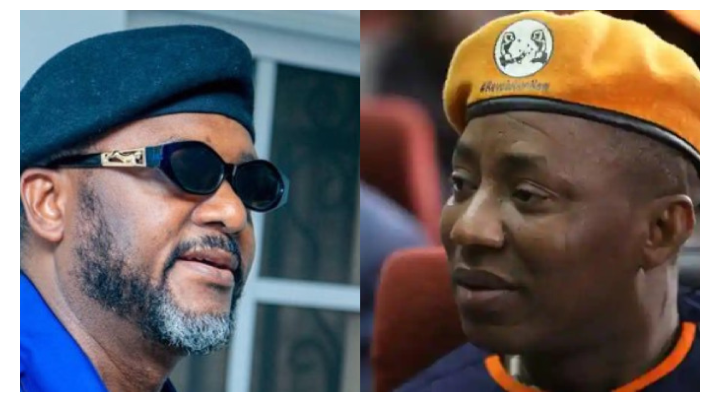 This was after Onoja shared photos on the social media platform to celebrate his daughter’s university matriculation.

“Congratulations Oma Daddy on your matriculation. God grant you speed and excellence,” the deputy governor captioned the photos.

Reacting to the post, Sowore congratulated Onoja’s daughter on her matriculation and also said some prayers for her. 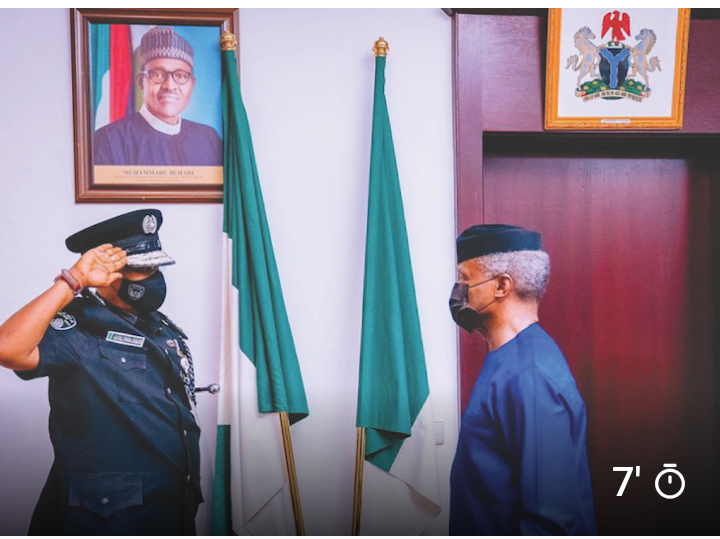 The appointment and subsequent decoration of officer Usman Alkali Baba as the nation’s new inspector general of police is not one to attract envy. Landing such a good job at a rather inauspicious time is no less a delicate balance, which of course, declines all the flashes and pizzas, given a different epoch.

Perhaps, Baba is not unawares of his current job description, not as a police officer per se, but as one, who has just been handed the most unattractive assignment of securing an ‘uncivil population’. He’d acknowledged the state of Imo State and admitted there was a need for clean-up in the Southeast state. President Muhammadu Buhari has approved the appointment of Ambassador Rabiu Dagari as Director-General of the Directorate of Technical Cooperation in Africa (DTCA) from his medical vacation in London.

Naija News reports that the Permanent Secretary, Ministry of Foreign Affairs, Ambassador Gabriel Aduda, in a letter dated April 8, 2021, addressed to Dagari, said the appointment was for an initial period of four years with effect from March 16, 2021.

The letter read: “The terms and condition of your appointment is as provided in the appointment of Chief Executives of Government Parastatals and Agencies In the Federal Public Services.“It Is hoped that your performance at the Interview/screening exercise as well as your experiences as a seasoned Diplomat/Administrator will be brought to bear in the discharge of your duties as the Director-General of the Directorate,” Aduda said.

Dagari, a former Nigerian Ambassador to Venezuela with concurrent accreditation to Colombia and Ecuador, had while in service, served in the Nigerian Mission in Paris as Ambassador/Deputy Head of Mission, London, Rome, Dublin and Brussels. 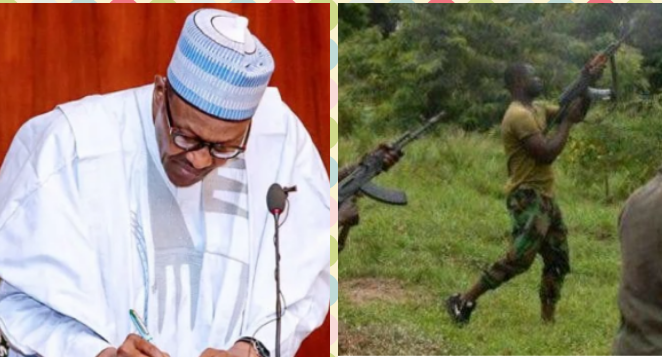