Former Goodluck aide on Media Reno Omokri, on Wednesday, has debunked the rumor and possibility for former President Goodluck Jonathan to choose Kaduna State Governor Nasir El Rufai as running mate come 2023. Insisting that the former has President has no intention of running for a second term. 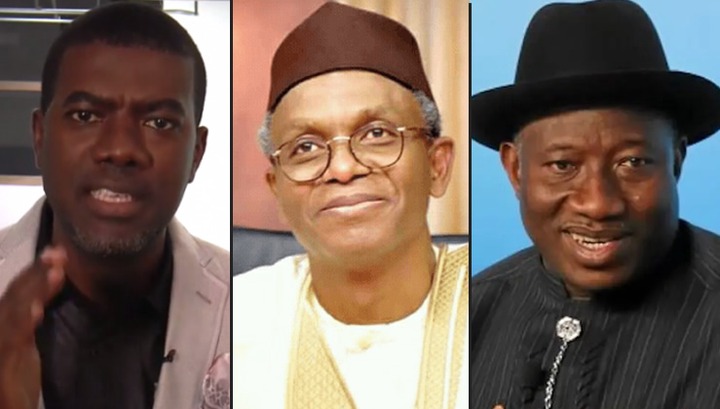 It has been the norm for selecting at least a candidate from the North; during presidential elections due to the massive impacts the north has on Nigeria politics.

This has brought up the suggestions by many who dim El Rufai as an outstanding choice for a running mate for Goodluck Jonathan in the forthcoming 2023 election.

However, during an online program by punch "The Roundtable" the Punch newspaper featured Reno Omokri during which the debate was sparked. 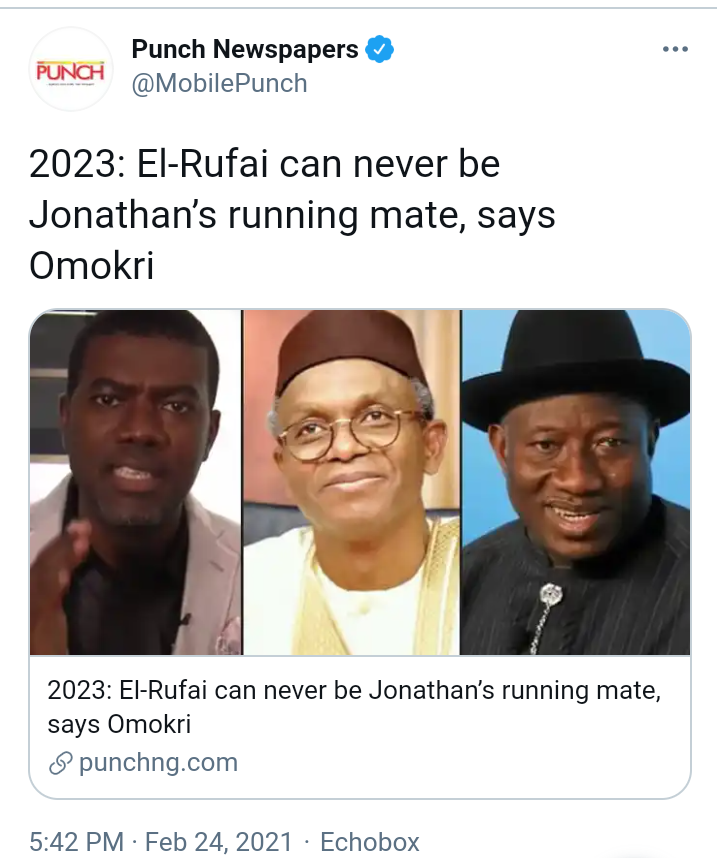 This interview was appropriate considering the recent political permutations by many both loyal to PDP and APC. Also, there have been several defections from political parties of recent and this has been majorly linked to the 2023 election.

However, Omokri cleared the air today after revealing he had a conversation over the issue with his former boss, Goodluck.

“The best judge of future behaviour is past behaviours. Former President Jonathan has been in one party all through his life. He is 63 years old and he doesn’t have that kind of history. He doesn’t have that kind of reputation. To the best of my knowledge, former President Jonathan is not leaving the People Democratic Party, He is a very loyal man just like me,” he said.

Going by what Reno has said, then the chances of El Rufai becoming Jonathan's running mate are very slim. Because in politics you never say never. Although it seems like we may not be witnessing Jonathan's part two. 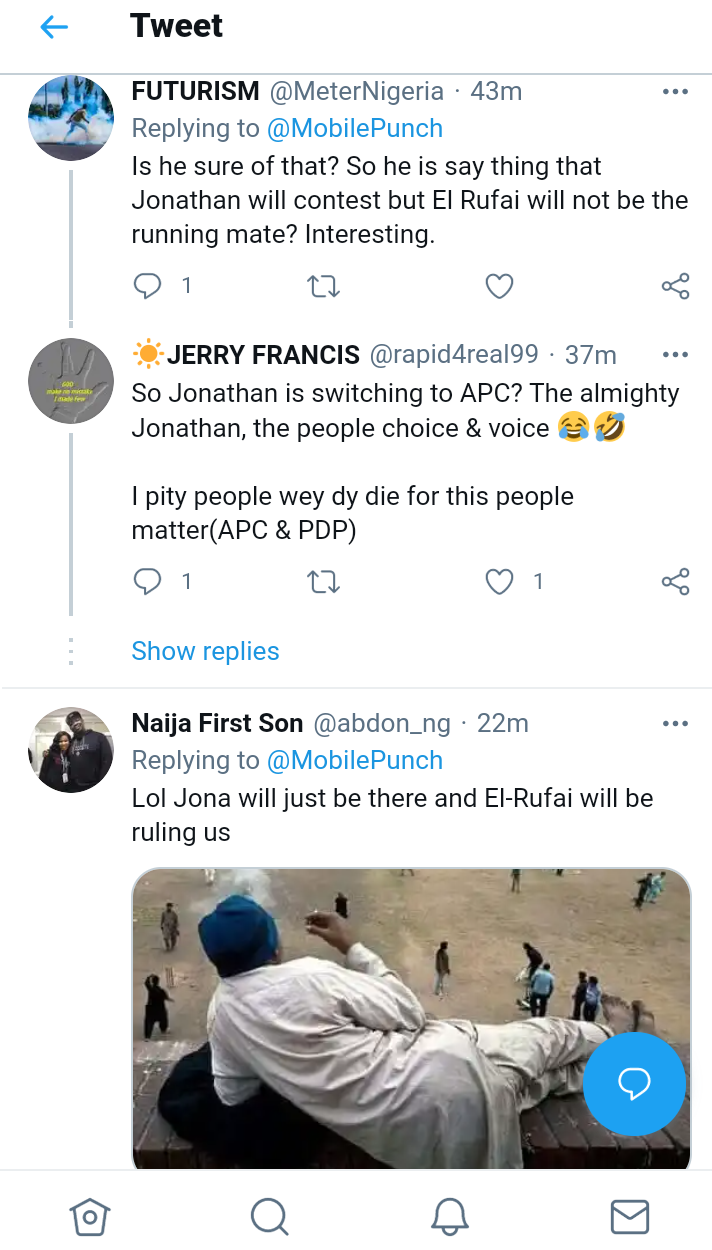 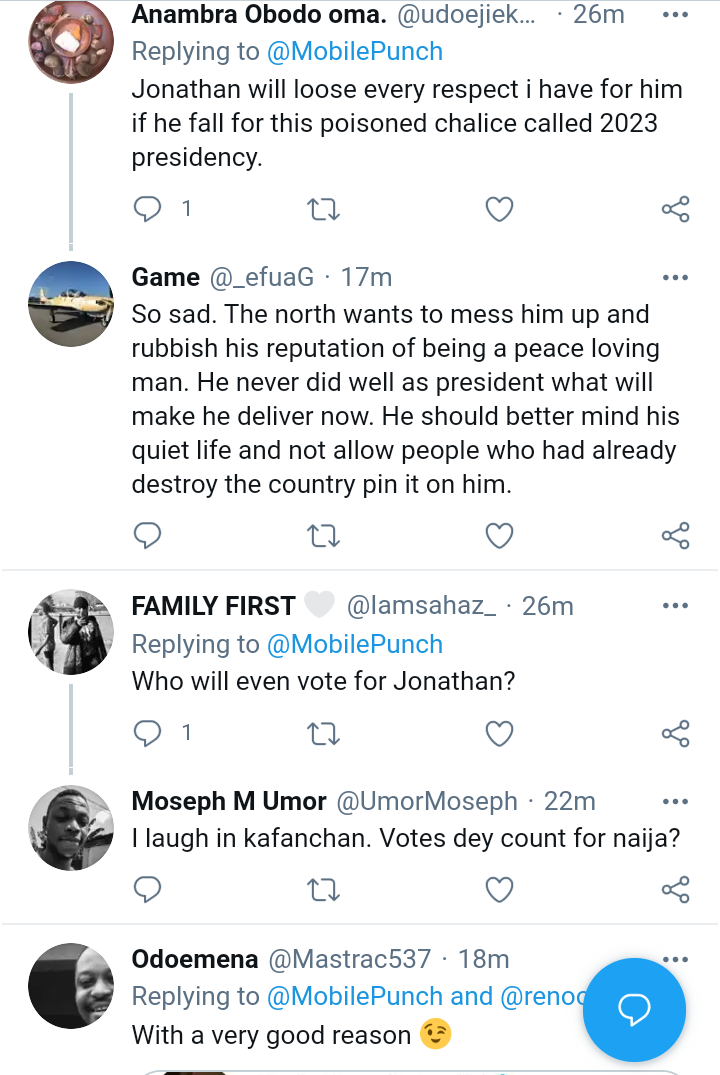 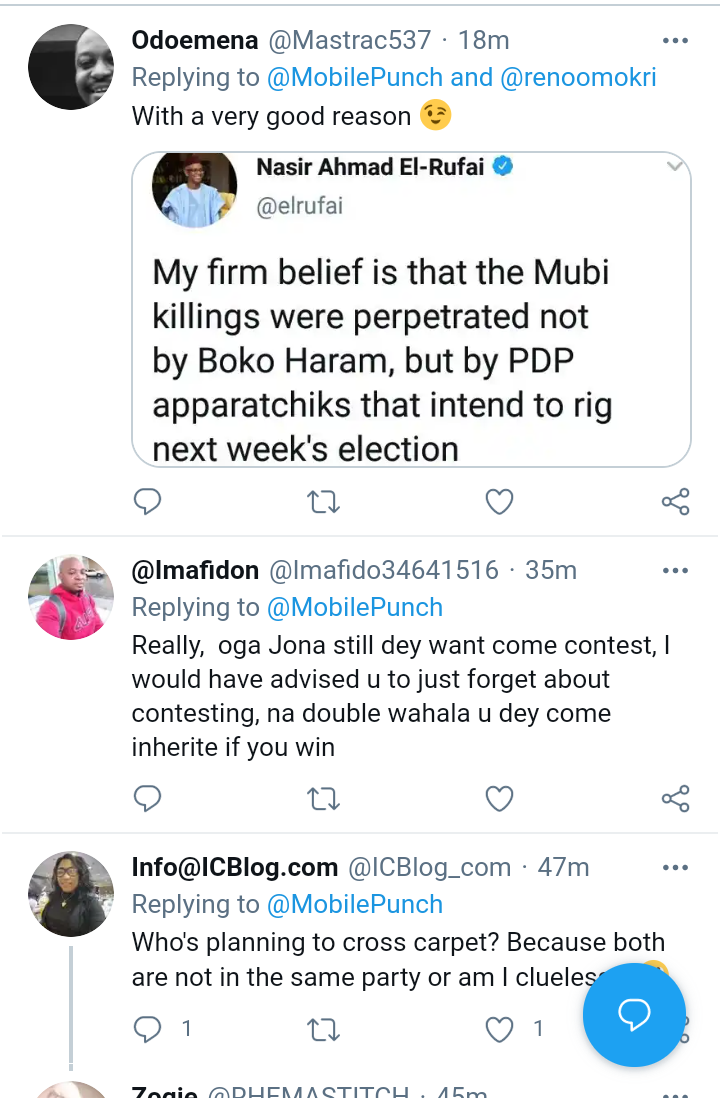 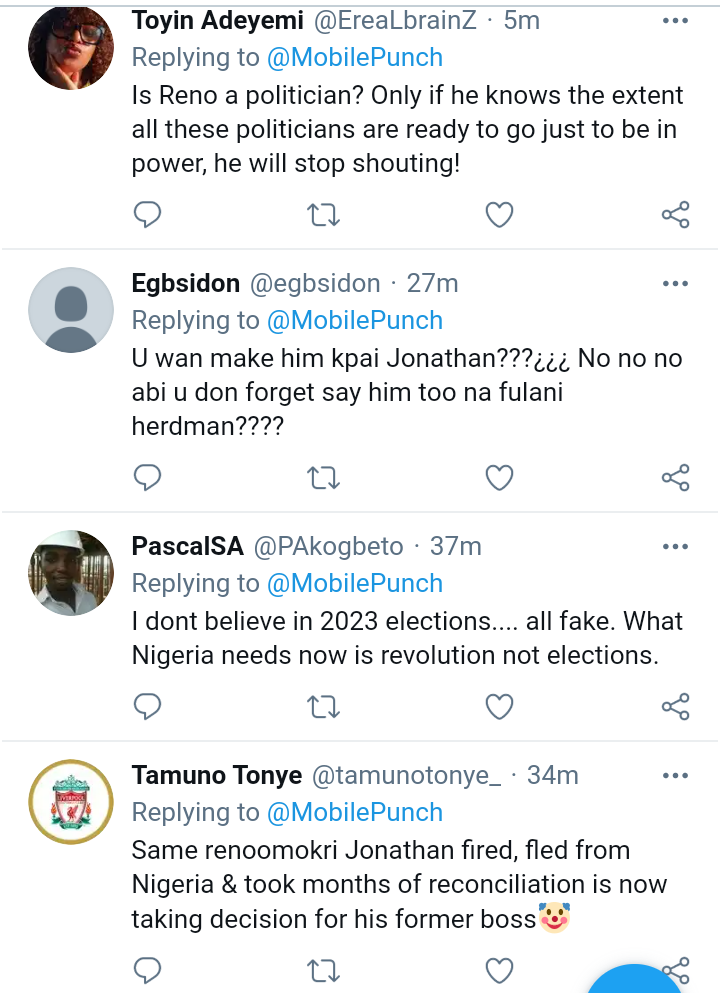 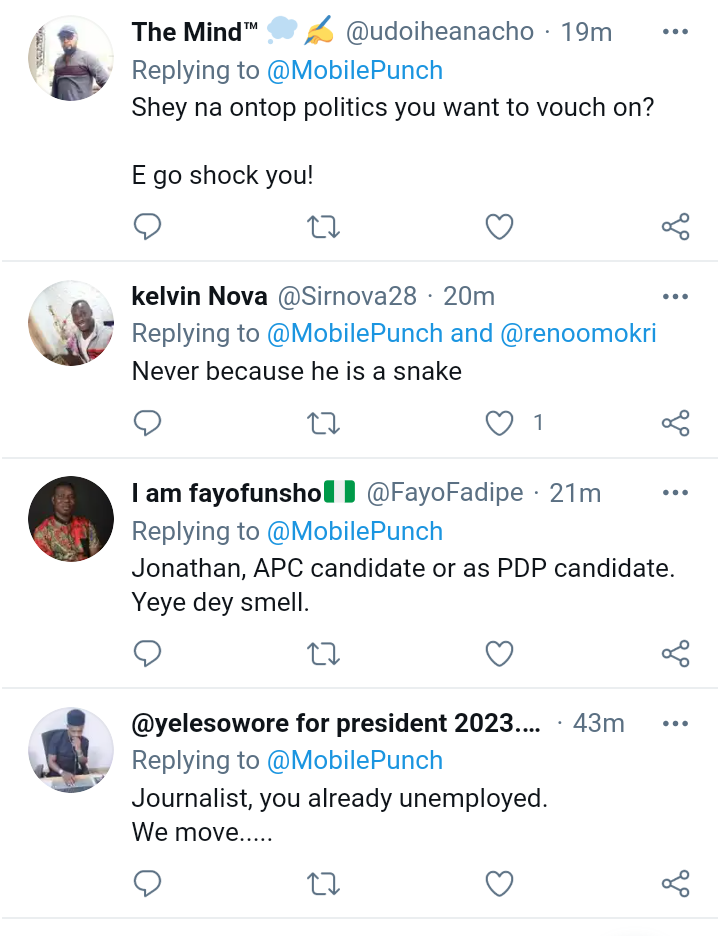 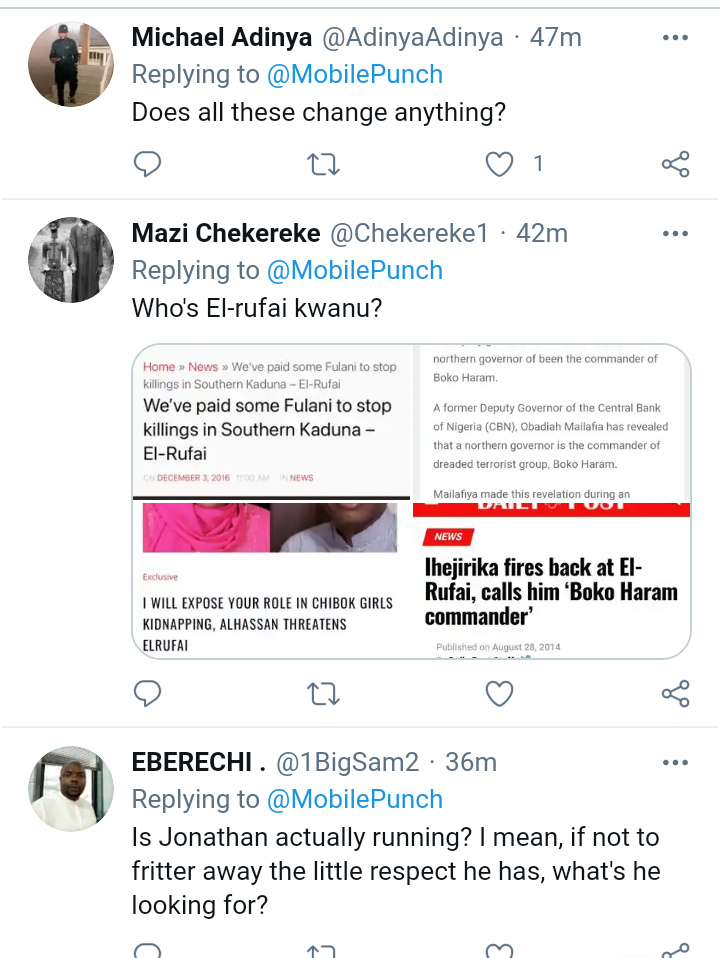 Kindly drop your comments on your thoughts of having Nasir El Rufai as vice president come 2023.

Why Bruno Fernandes is Overrated.

Video: Mother Of Ada Jesus Wants Pastor Odumeje To Collect His Money Back, Check Out What Happened

Ronaldo will miss the match against Atalanta.