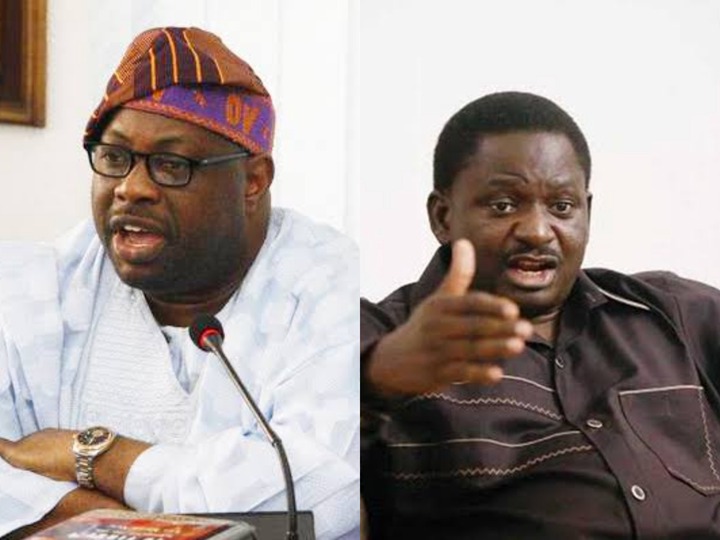 Divergent opinions have continued to trail some comments made by President Muhammadu Buhari's spokesman, Mr Femi Adesina who had, on Thursday in a Facebook post, said his principal is more popular than Nigerian nationalists that fought for Nigeria's Independence gotten from Britain in 1960.

Femi Adesina, had compared the popularity of the incumbent president with that of the likes of Nnamdi Azikiwe, Obafemi Awolowo, Aminu Kano, Shehu Shagari just to mention a few. 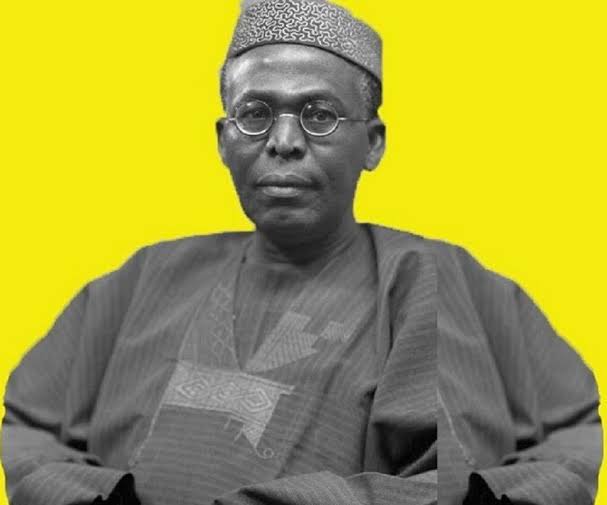 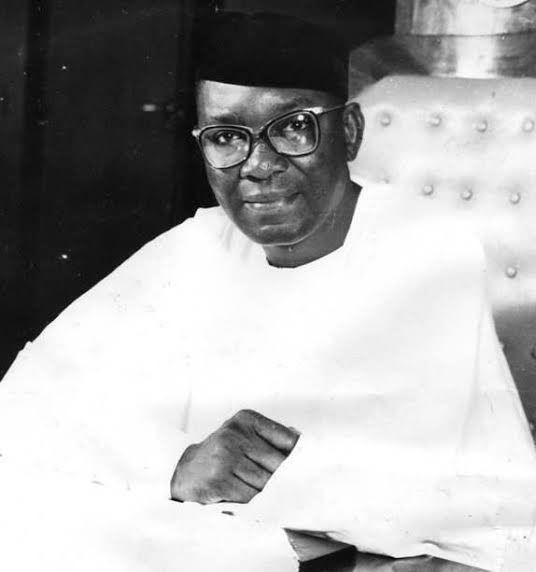 "I am old enough to have seen our colorful and even swashbuckling politicians in action. I have seen the great Obafemi Awolowo. The charismatic Nnamdi Azikiwe (Zik of Africa). Shehu Shagari. Amino Kano. M.K.O Abiola. Bashir Tofa, and many others in action.

"But I have not seen anyone with the kind of attraction, magnetic pull, that Muhammadu Buhari has. And that is round the country, north and south. People swarm round him as bees do to honey," Femi Adesina had written while buttressing a statement from Vice President Yemi Osibanjo, who had in London last week said President Buhari was possibly the most popular politicians in generations in the history of Nigeria."

Replying to the assertion made by the presidential spokesman, the publisher and CEO of Ovation Magazine, Dele Momodu, said President Muhammadu Buhari must be the greatest Nigerian leader ever in Femi Adesina's view, adding he cannot argue with him. 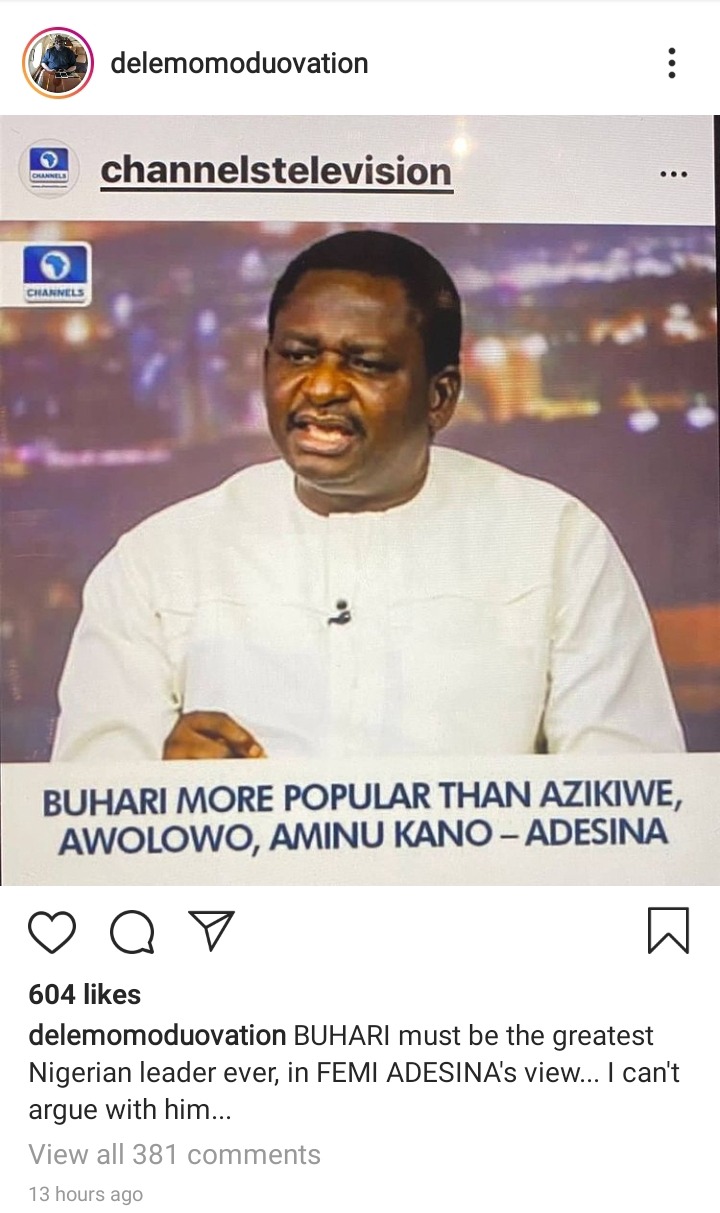 Meanwhile, the Yoruba pan socialpolitical group, Afenifere had also reacted to the comparison made by Adesina, describing as mistaken and mischievous.

According to the National Publicity Secretary of the group, Comrade Jare Ajayi, Adesina's statement could be easily viewed as ignorant call for people to judge Mr. President.

Also, on the assertion that Nigerians surround President Buhari as bees do to honey whenever he is sighted in the public, the group Secretary said it is not uncommon to see such with people occupying leadership anywhere in the world.

But added those who came around to see the President might be those who had come to confirm that the rumour about his death was not true or being Jubril of Sudan.

He said the last set of crowds might be those who were happy to see the President back and wished him well.