By Adeotiuthy (self meida writer) | 1 months 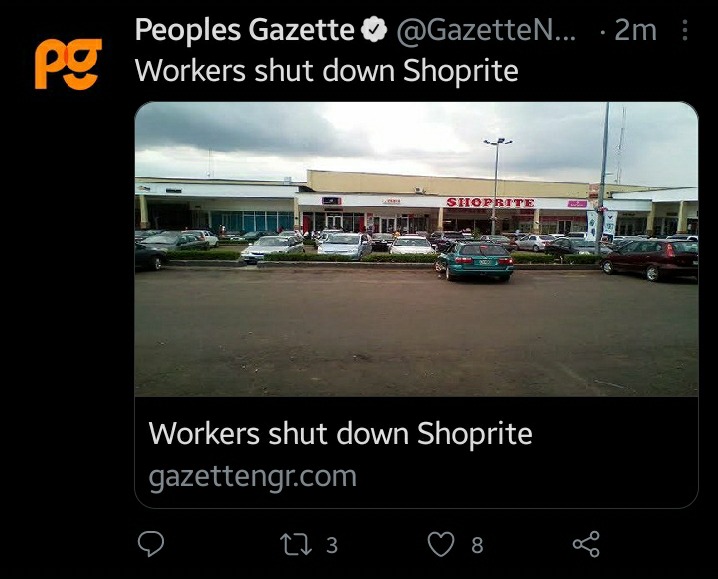 According to news from Gazette, workers has reportedly shut down shoprite in Ibadan and are refusing to work until their demands are met. According to the Chairman of the closed branch, he revealed that the workers are using the coming Easter to press their demands to the management.

All shoprite in the nation has already been shut down as the workers refused to work if their demands are not met. However, the management has issued an order that their action is against their contract of employment, and they may risk dismissal.

Omokri and other protest in London, tell Buhari to leave London 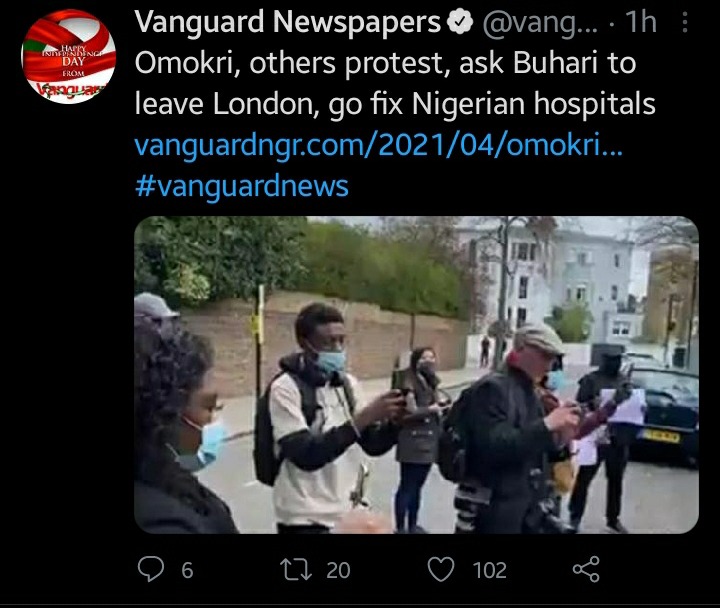 Reno Omokri and Nigerians in London stormed the Abuja House demanding for President Muhammadu Buhari to leave the country and fly back to Nigeria for his medical check up.

Recall that few days back, The President fly to London for his regular medical checkup which has angered many Nigerians as they want the President to use the Nigerian hospital.

Reno Omokri was seen in a video chanting with other Nigerians that the President should leave London and go back to Nigeria.

MURIC urges FG to set up peace, and reconciliation committee 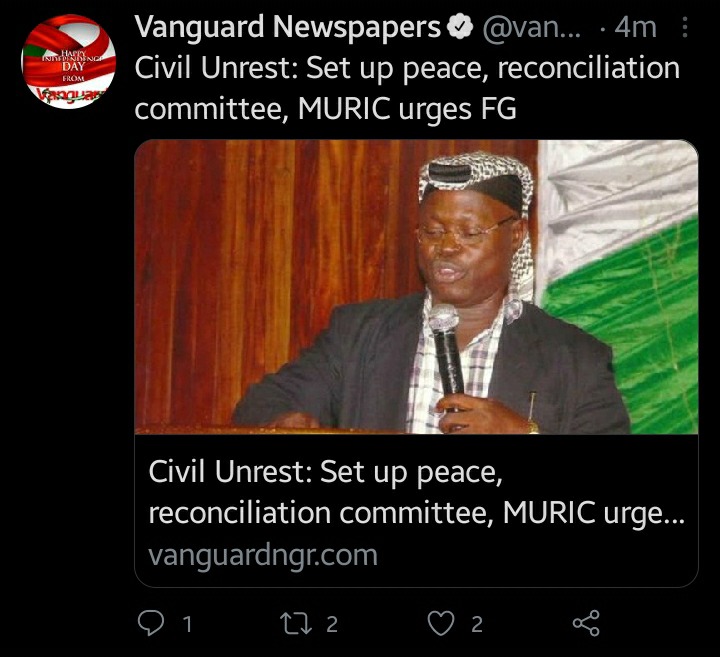 Muslim Rights Concern has urged the Federal Government to set up a peace and reconciliation committee at the national level. Prof Ishaq said in a statement that the committee would help the country to mediate and coordinate the solution of crisis facing the country.

In Lieu of this, the body also urged the Federal Government for a swift disbandment of Bishop Matthew Kukah National Peace Committee because the body remained silent while the nation battled civil unrest and internal strife.

We Shot Down the NAF Jet, Boko Haram releases video 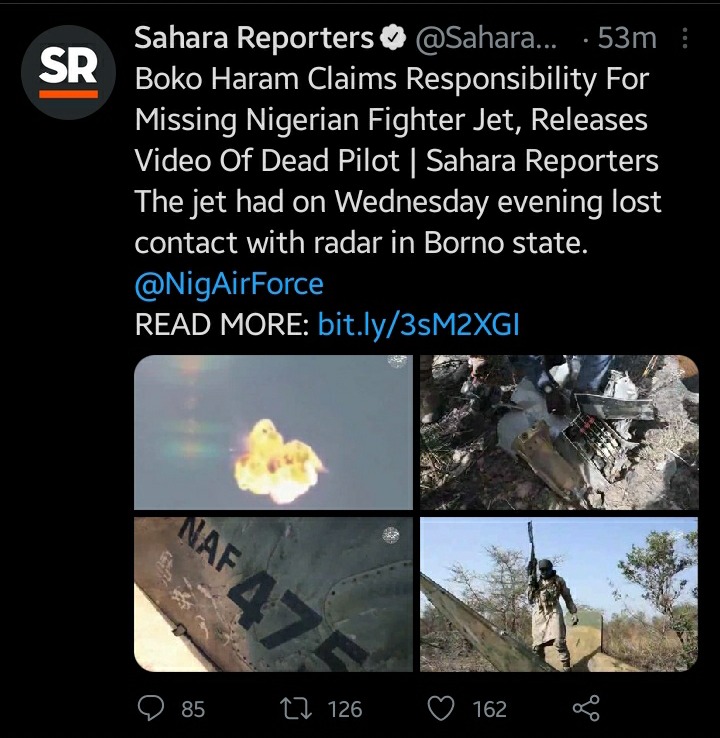 An Alpha jet went missing on Thursday, and it was reported to be off the radar as search proved ineffective. According to today's news, it was reported that the Alpha Jet might have crashed and the pilot whereabouts was unknown.

However, Boko Haram has released new video claiming responsibility for the missing Jet, as they claimed they shot it down. Pictutes was also shared as the Faction of Abdullah Shekau group reportedly shot down the NAF jet in the fight against them. 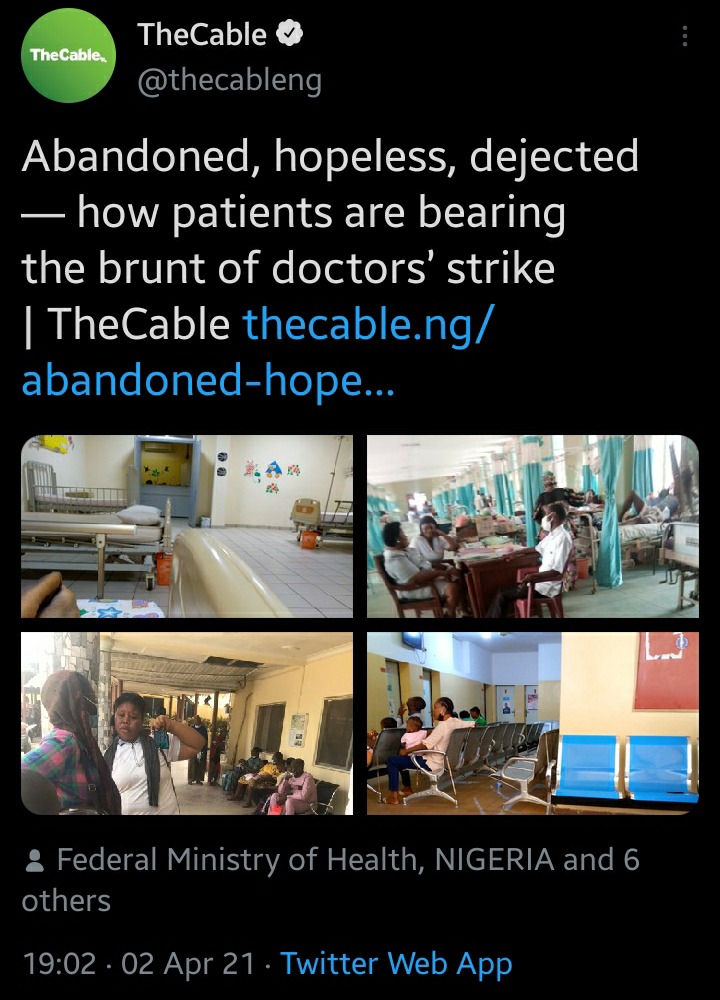 This is the day 2 nationwide strike of doctors in Nigeria as they claimed that the Federal Government renege on their previous agreements and want immediate payment of their salaries. However, according to The Cable, its the patient that are suffering the brunt of not being attended to as many is currently abandoned, dejected, and hopeless.

It was also reported that some of this patient has been discharged as most are being denied a proper health care.

It's saddening that this is happening in the country, while the Nigeria President flies abroad for a medical treatment. 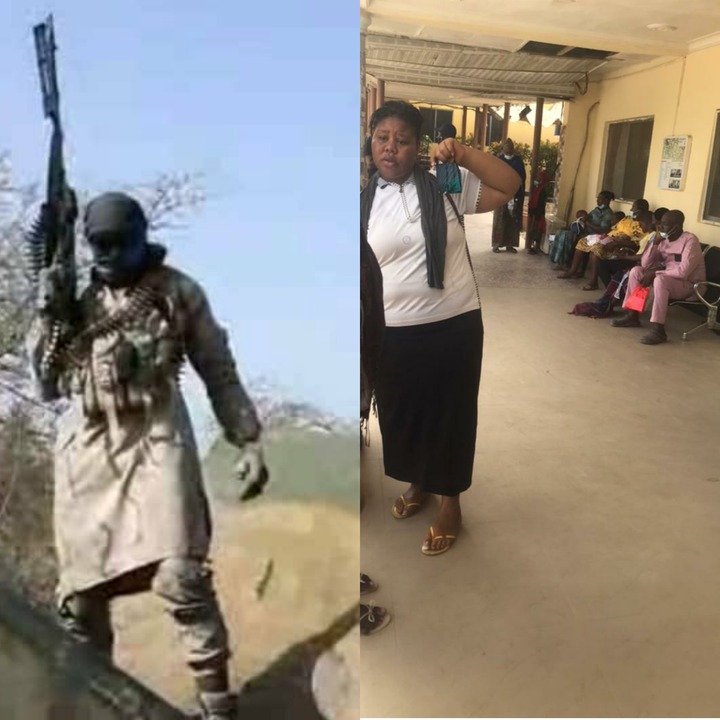 Content created and supplied by: Adeotiuthy (via Opera News )

Sultan Of Sokoto Has Declared Tomorrow Thursday, 13th Of May, 2021 As The Day Of Eid-El-Fitr

Let's Teach Israel A Lesson, Turkey President Fumed Over Palestinian Issue While On Call With Putin