BREAKING: Drama as another PDP rep member defects to APC

By Ademilade (self media writer) | 2 months ago 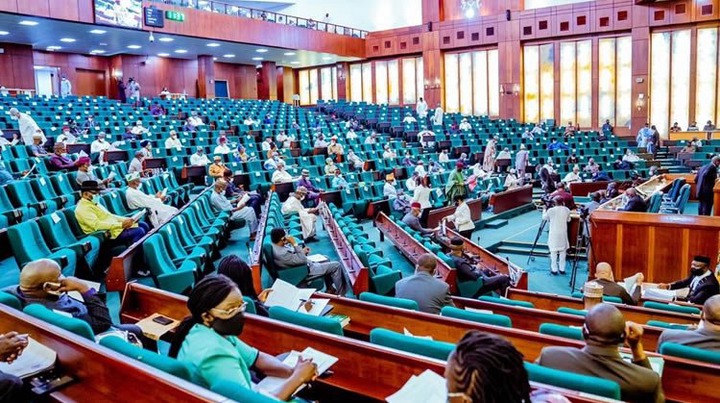 The President, Femi Gbajabiamila, read Dike's letter to the House during the plenary session.

He said lawmakers cited, among other things, the split of the PDP as the reason for his defection.

In the letter, Dike described Gbajabiamila's leadership as accommodating and that the APC was the right match for him.

The lawmaker said: "I am finally home."

There was, however, a slight drama when the president asked parliamentary minority leader Ndudi Elumelu if he had anything to say about the latest defection.

House leader Ado Doguwa quickly intervened and said: "We want to warn you that by Thursday next week there will be two more defections."

The speaker quickly responded and said, “No! No!! We cannot have a one-party state. We can't go on like this! Hon. Elumelu, leader of the minority, you are quiet. Is everything alright? Do you want to say something?"

Elumelu simply said: “Mr. President, it is very funny how the APC led government is intimidating people into joining their party when Nigerians cannot sleep.

“There is insecurity in the nation. Today, Zamfara is locked out. Even Katsina is totally locked up.

The speaker intervened again, saying, “Leader of the minority, do you want to make a motion on security? The problem is one of your members switching to APC.

But Elumelu continued: “A recently installed emir has been kidnapped. Too bad that an emir who came this week for a visa and returned home just to obtain documents that will allow him to go for his medical examination has been kidnapped.

“This clearly shows that the APC-led government is running the nation very badly.

“The House leader actively brags that people come to APC despite all the various cases of insecurity.

“Until the APC-led government is able to ensure the safety of lives and property, we will not be able to have a secure Nigeria as we speak.

“Head of the House, you are using mobile security because there is insecurity that the APC-led government has brought to our nation. Unemployment, the deterioration of infrastructure, are now making it worse… ”

At this point, the speaker said: “Point of order, can someone read article 9 of rule 5? "

At this point, the speaker ruled Elumelu out of order as he struck the gavel and declared "Minority Leader, you are declared out of order".