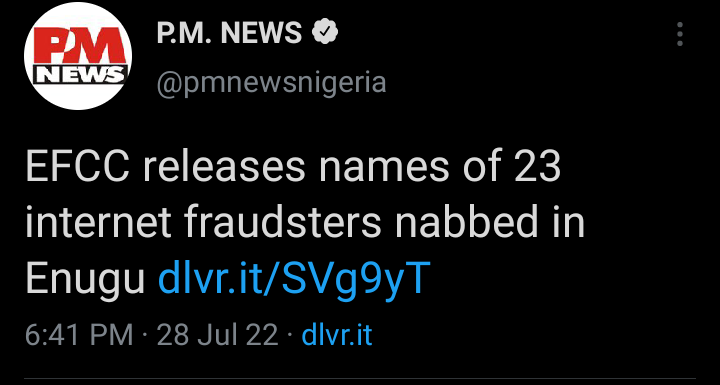 The suspects were arrested on July 27, 2022, at different locations in Enugu State on the strength of intelligence reports linking them to various internet-related fraud. 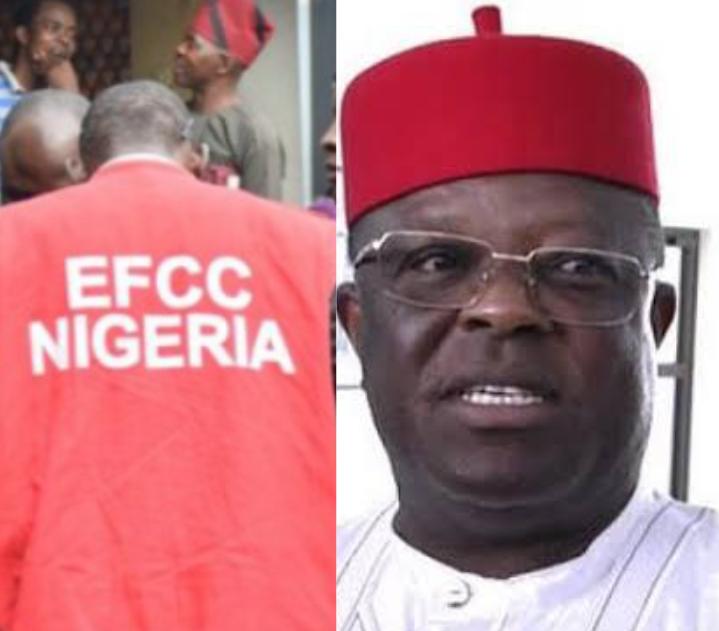 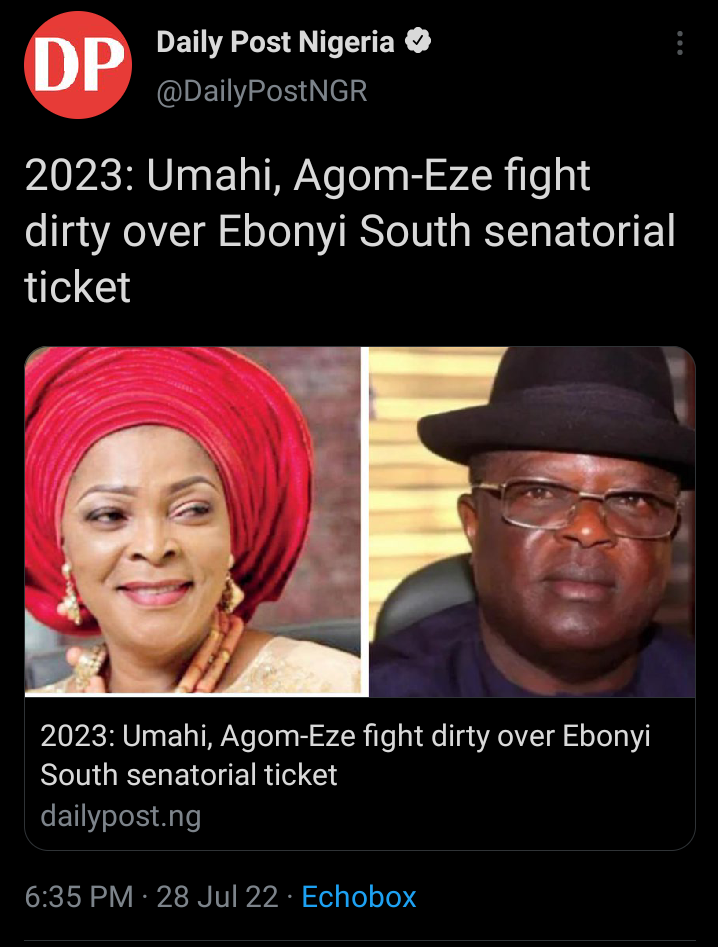 The Governor of Ebonyi State, Chief David Umahi, and a daughter of a traditional ruler, Mrs Ann Agom-Eze have continued to fight dirty over the All Progressives Congress, APC, Ebonyi South senatorial ticket.

Umahi and Agom-Eze have since after APC primary election held on 28th May; 2022 been fighting, trading accusations, and laying claims on who becomes the authentic candidate of APC in the Ebonyi South senatorial zone.

Umahi had dragged the Independent National Electoral Commission, INEC, to the Federal High Court sitting in Abakaliki, demanding INEC to recognize him (Umahi) as the authentic senatorial candidate of APC in Ebonyi South.

Tinubu Not Fit To Be President, Older Than 70, Says In-Law - Tee Mac 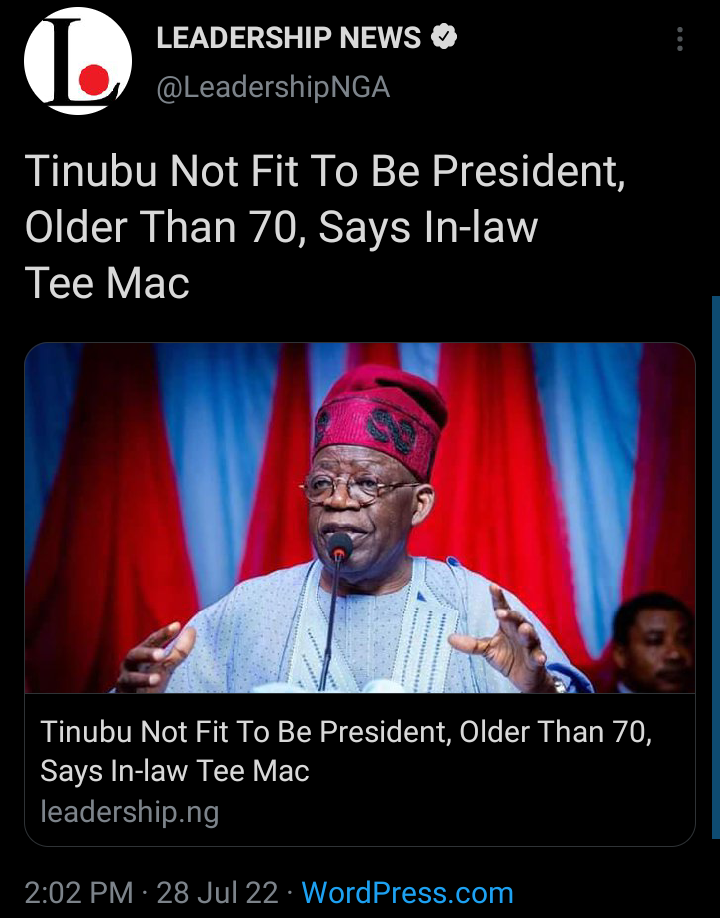 A popular flutist and former president of the Performing Musicians Association of Nigeria (PMAN), Tee Mac Omatshola Iseli, has urged Nigerians not to vote for Asiwaju Bola Ahmed Tinubu, the ruling All Progressives Congress (APC) presidential candidate in the 2023 elections, saying he was not qualified to be voted as President.

Tee Mac, who said the APC presidential candidate is his in-law, said Tinubu is 86 years-old and not 70 as being claimed by the former Lagos State governor. 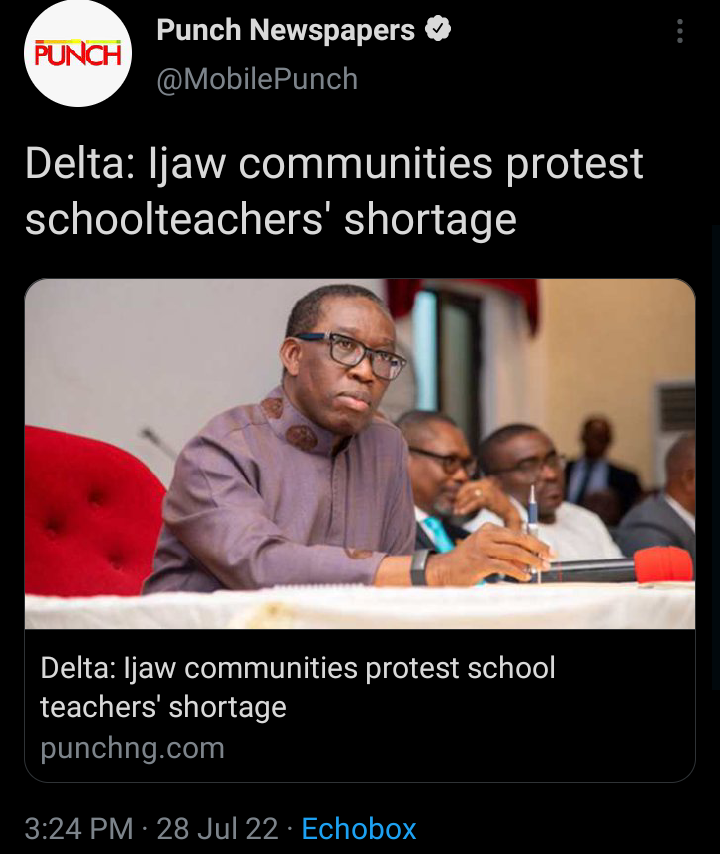 The Ijaw communities in Delta State have protested the shortage of teachers in their community schools, calling on Governor Ifeanyi Okowa to as a matter of urgency absorb community teachers.

Speaking on behalf of the protesters, the President of Ijaw Elite Forum, Mr Ganagana Francis, stated that the reason for the peaceful demonstration was to set the educational standards in riverine communities.

US To Invest Additional $55m For Nigeria's Food Security 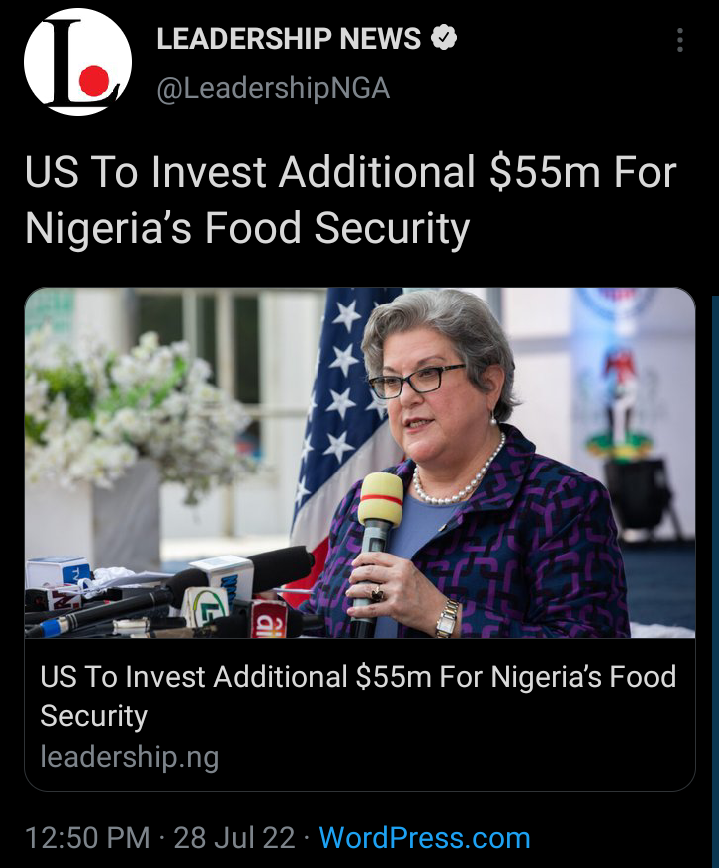 The United States (US) will invest an additional $55 million in food security relief for Nigerians as part of President Biden’s recent pledge at the G-7 Leader’s Summit in Germany to protect the most vulnerable nations from an escalating global food crisis.

The US Embassy in Abuja said yesterday, the funds will be administered through the US Agency for International Development (USAID) under its agriculture, nutrition, and humanitarian assistance programs (and subject to Congressional approval). The funds will help immediately address the economic, food and nutrition needs of vulnerable communities in Nigeria most adversely impacted by higher food, fuel, and fertilizer prices. 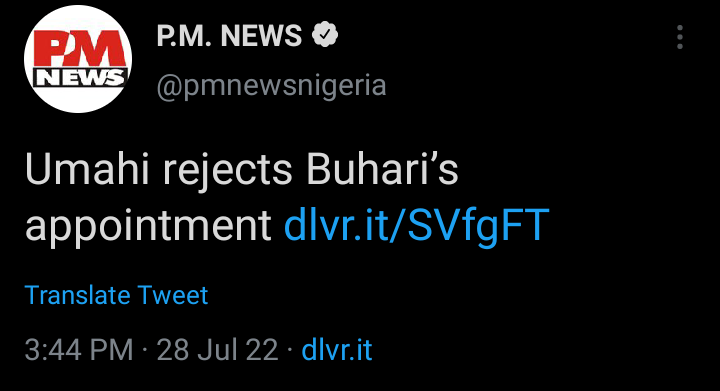 Chief Austin, the he younger brother of Gov. Dave Umahi of Ebonyi, has rejected his appointment as the secretary of the Revenue Mobilisation Allocation and Fiscal Commission (RMAFC) by President Muhammadu Buhari.