Another PDP Politician Decamps To APC

The Imo State Publicity Secretary of the Peoples Democratic Party, PDP, Ogubundu Nwadike, on Wednesday dumped the PDP and joined the All Progressives Congress, APC, in the State. 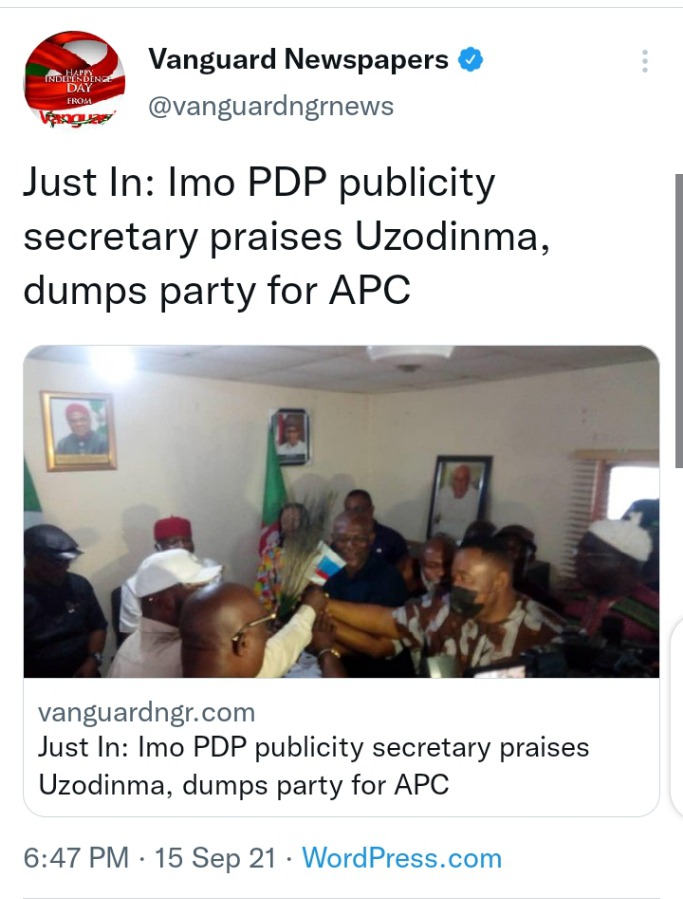 Ogubundu made his declaration at the APC State Secretariat on Okigwe Road in Owerri, where he was greeted by the APC's State Caretaker Chairman, Marcillinus Nlemigbo.

According to Ogubundu, he was convinced of the Uzodimma administration's integrity and the state's ongoing infrastructure development push.

The Presidency has faulted Yoruba Nation agitators for ‘keeping association’ with Indigenous People of Biafra. 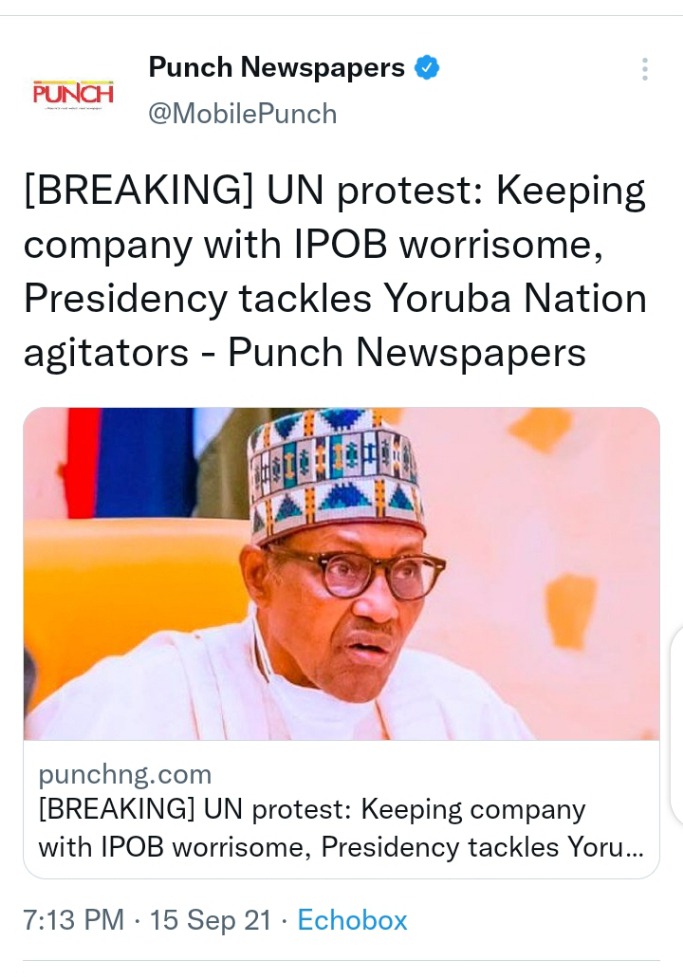 Garba Shehu, Senior Special Assistant to the President on Media and Publicity, made the announcement in a statement.

The statement is in response to an ongoing protest at the United Nations headquarters in New York by Yoruba Nation, IPOB agitators, and others.

The Nigerian government also threatened to judge the Yoruba Nation agitators by the company they keep, saying that no one should take them seriously. 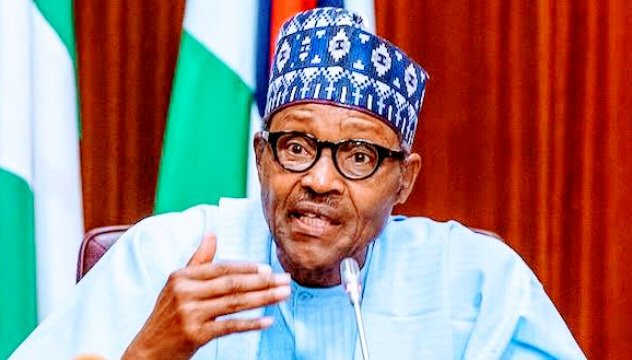 Twitter ban to be lifted in ‘a few more days,’ Lai Mohammed says

The federal government says the ban on microblogging giant Twitter will soon be lifted in “a few more days.” 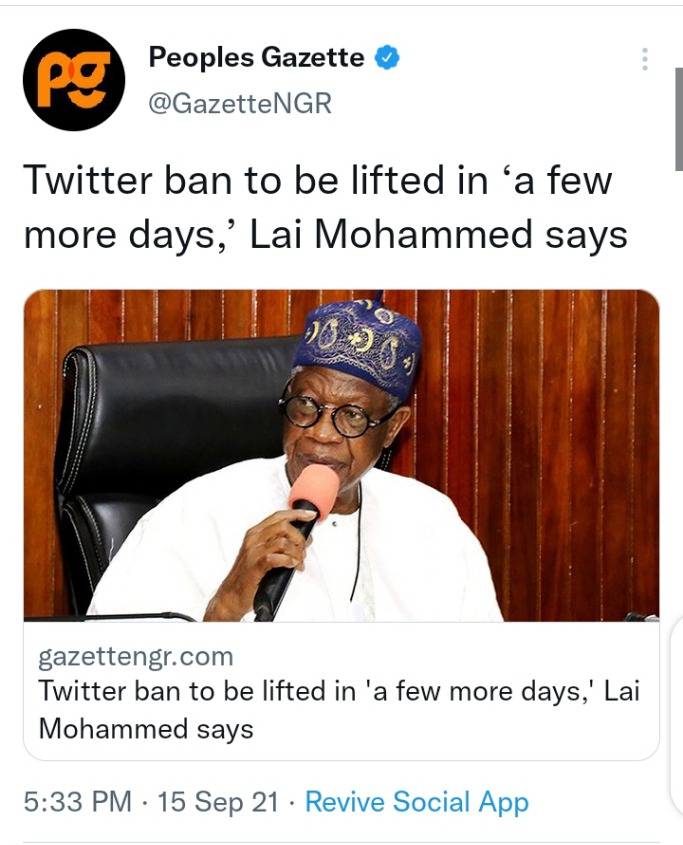 Lai Mohammed, the Minister of Information and Culture, made the disclosure on Wednesday while fielding questions from State House correspondents in Abuja.

According to him, a lot of progress has been made in the ongoing dialogue with Twitter.

Tragedy struck in the fight against terror group, Boko Haram, on Wednesday, when a fighter jet involved in the counter-insurgency operation in the North-East bombed a village in Yunusari Local Government Area of Yobe State, killing at least 10 villagers. 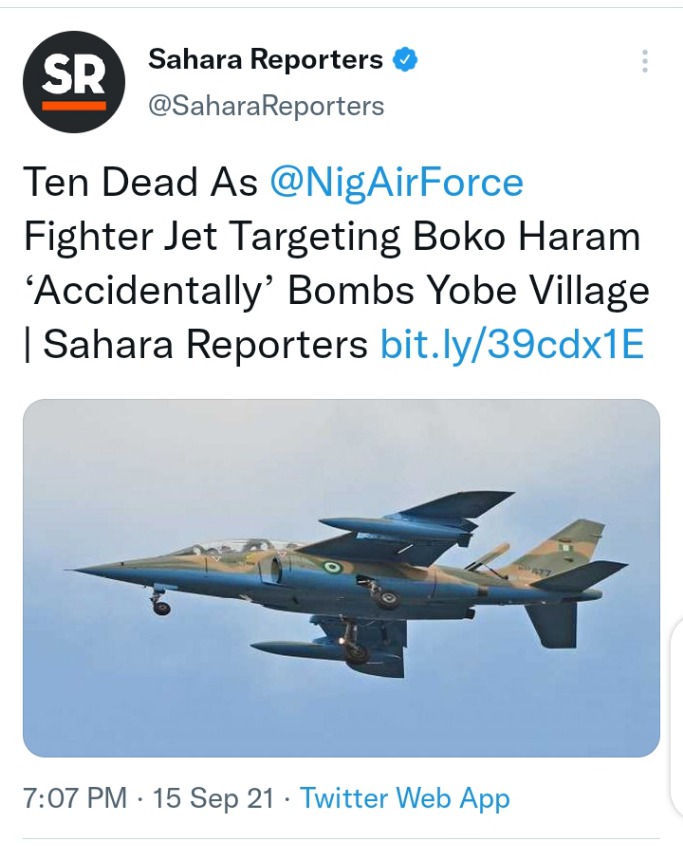 Yunusari is in the Northern part of Yobe State, sharing international border with Niger Republic.

According to residents, a military fighter jet approached the town from the east around 8:30 a.m. and began firing sporadically.

A military source who confirmed the story told SaharaReporters that the Air Force "accidentally" hit the wrong coordinates while targeting a Boko Haram insurgent camp in the area.

“Yes, it happened; we received the sad news today, and the victims are currently being treated in the hospital,” he said.