By ogbonnayauche (self media writer) | 1 year ago

The allegation was contained in a petition to the Acting Chairman, Ahmed Muazu of Independent National Electoral Commission (INEC) dated November 28, 2020 signed by the President, Godwin Odu and Secretary, Effiong Bassey, the group.

The group, which introduced itself as a non-governmental organisation established to fight corruption, nepotism, injustice and unfairness stated that they “obtained unassailable evidence against some INEC staff who by their activities have resolved to rig Saturday, November 5 bye-election in favour of Peoples Democratic Party (PDP).

The group called for investigation of the following INEC staff for compromise following their suspicious activities and relationship with Peoples Democratic Party officials suspected to have been delegated by Governor Ben Ayade:

The statement reads in parts:

“Our investigations and CCTV Cameras in Pearl Suit, Transcorp Hilton and Pyramid Hotel showed that these staff drove to Pearl Suite hotel in Calabar and held a meeting with the officers of Cross river state government on the 24th and 25th November, 2020 at night and it was agreed that 80% of the adhoc staff to be shortlisted should be from the PDP sympathisers. 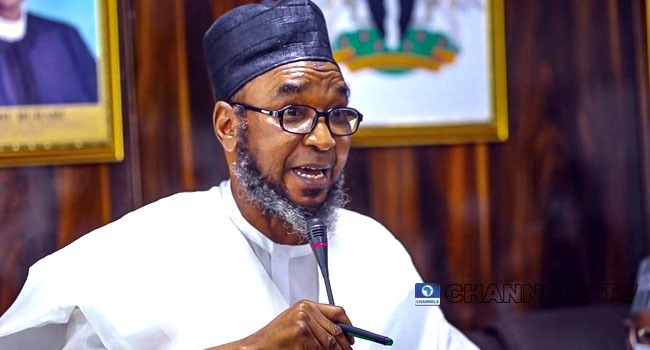 Samuel went into the training hall of the adhoc staff with the aid of a PDP chieftain to look around and force our persons they perceive as not willing to support them. He summoned people to his office and said they had breached the oath and so should leave the training venue.

“In Transcorp Hilton, Ghana-must-go bags were loaded into barrister Jacob’s car for all of them to share and Moses Irem collected their own in the Pyramid Hotel. An informant told us that close N100 million (One Hundred Million Naira only) was given and that the sharing should reach the resident Electoral Commission, the administration secretary and head of operations.

“Sir, if these staff are allowed to participate in this elections then the impartiality of INEC will become a laughing stock

“We urge you to invite them and question them and you will know that they should not be in INEC.” Recall the Senate seat for Cross River North became vacant after the passing of Senator Rose Okoh who died in the month of March, 2020, thereby creating a lot of interest from various political parties in the State.

Meanwhile, Governor Ayade’s younger brother was being tipped to run for the office so as to secure the seat for the brother. This political calculation drew a lot of anger leading to calls from various quarters for the Ayade family to bury the ambition, saying that Cross River is not their family estate.

It was alleged that against this backdrop, Governor Ayade produced former chairman of the State Universal Basic Education Board (SUBEB), Dr Stephen Odey has emerged the winner of the Peoples Democratic Party (PDP) ticket for Cross River North Senatorial bye-election after under a confused atmosphere. Amid that confusion, Governor Ayade described the election as “satisfactory and peaceful.”

Meanwhile, All Progressives Congress is also bent of taking over the zone, accusing the Governor of misrule and on self-serving mission, fielding Joe Agi (Senior Advocate of Nigeria) as its candidate to wrestle power from PDP. Meanwhile, APC was not left out in the epic internal rofororoforo battle but Joe Agi emerged.

It is not out of place to state that desperation and caution may have been thrown to the wind to the extent that the supposed unbiased umpire may have had their men fall by the way side for failing to withstand such a battle where everything at all, including money-weapon, is deployed to win at all cost.

It is expected that INEC will act in time before its recent feat of free and fair election will be soiled by the hellish win-at-all-cost ploy of politicians.

Meanwhile the petition was also copied to the National Secretary and National Commissioner of INEC.