After Wamakko Hailed Northern Youths For Not Joining The Protest, Shehu Sani Gave Him A Deep Reply

By PacketTracer. (self media writer) | 1 year ago

If there is any politician who never stops entertaining his followers on Social Media Platforms, it has to be Comrade Shehu Sani, the Senator who once represented the Kaduna North Central constituency and Senator Dino Melaye of Kogi state. Comrade Shehu Sani has always been known because of how outspoken he is both online and offline.

Recall, what he tweeted after President Muhammadu Buhari addressed the nation after the Lekki toll gate incident. He tweeted that Nigerians clamoured for the speech of the President, and they became speechless after the president has spoken. This tweet of his left so many of his followers laughing.

Senator Shehu Sani couldn't just stop entertaining his followers with hilarious tweets, following the uncovering of palliatives warehouse in Jos yesterday, he made another hilarious tweet and this time around he remixed the famous Christian song "The wall of Jericho fell down flat..." 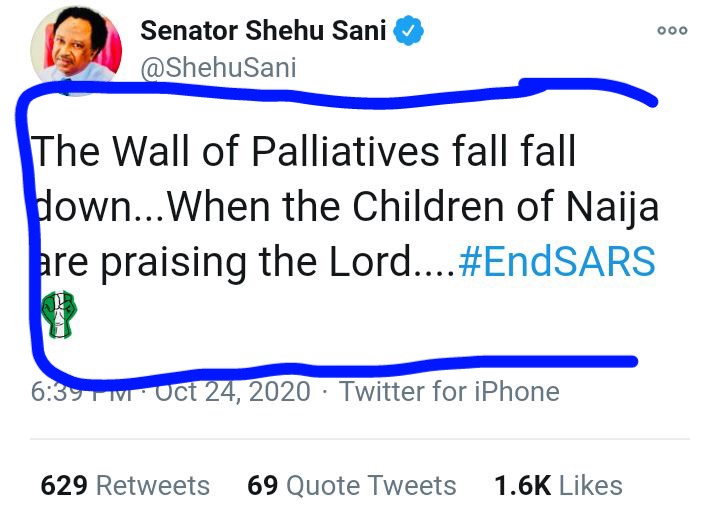 Shortly after The Punch Newspapermade a tweet on their official handle of Governor Wamakko applauding youths in the North for not partaking in the Anti SARS protest, Senator Shehu Sani gave him a hilarious reply and you only get to see such from the Kaduna based Senator.

Senator Shehu Sani replying to the statement made by Governor Wamakko about Northern youths not joining the EndSARS protest, wrote;

"And then they joined the "End palliatives Wamakko"

Shehu Sani didn't just stopped there, he went on to drop another tweet about the COVID-19 palliatives palava and this got people reacting differently. He wrote; 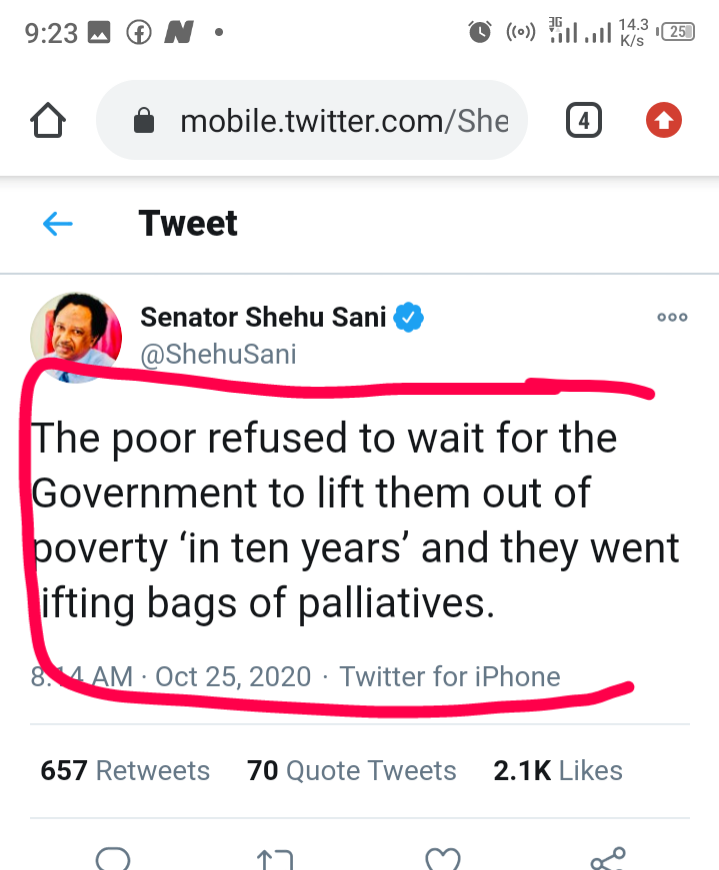 This tweet is just hilarious but the reactions might just make you pee on your trousers. Nigeria we hail thee!

See screenshots of reactions below; 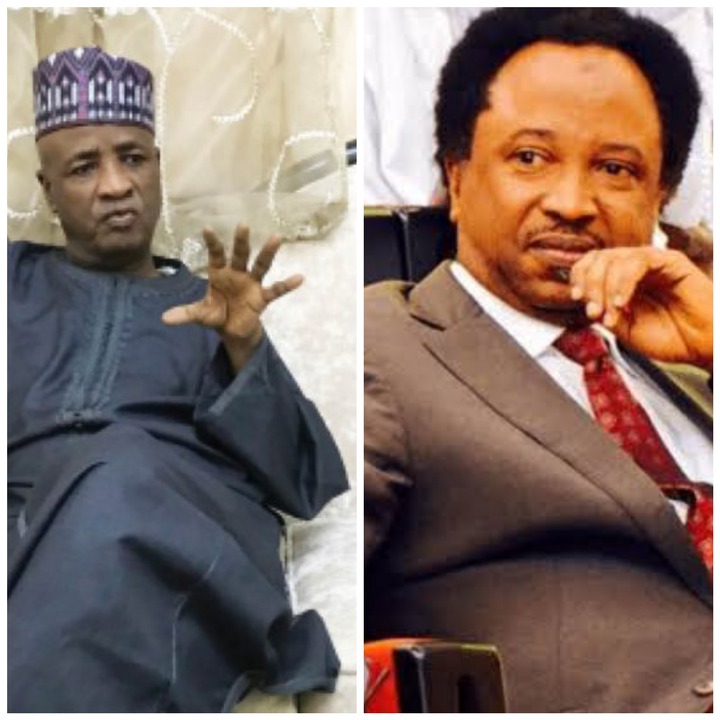 I know you probably have a word or two to say about this, so feel free to share your thoughts on this.

Do you think hunger led to the uncovering of COVID-19 palliatives warehouses?