Today's Headlines: APC Chieftains Decamp To PDP; I’m Not An APC Member, I only work for APC Gov – Femi Adesina

By Healthmaster3 (self media writer) | 28 days ago

The Governorship Candidate of the Peoples Democratic Party, PDP in Lagos State, Dr. Olajide Adediran, popularly called Jandor, has received a group of decampees from the All Progressives Congress, APC from across the 20 Local Government Areas of the state ahead of 2023 governoship poll. 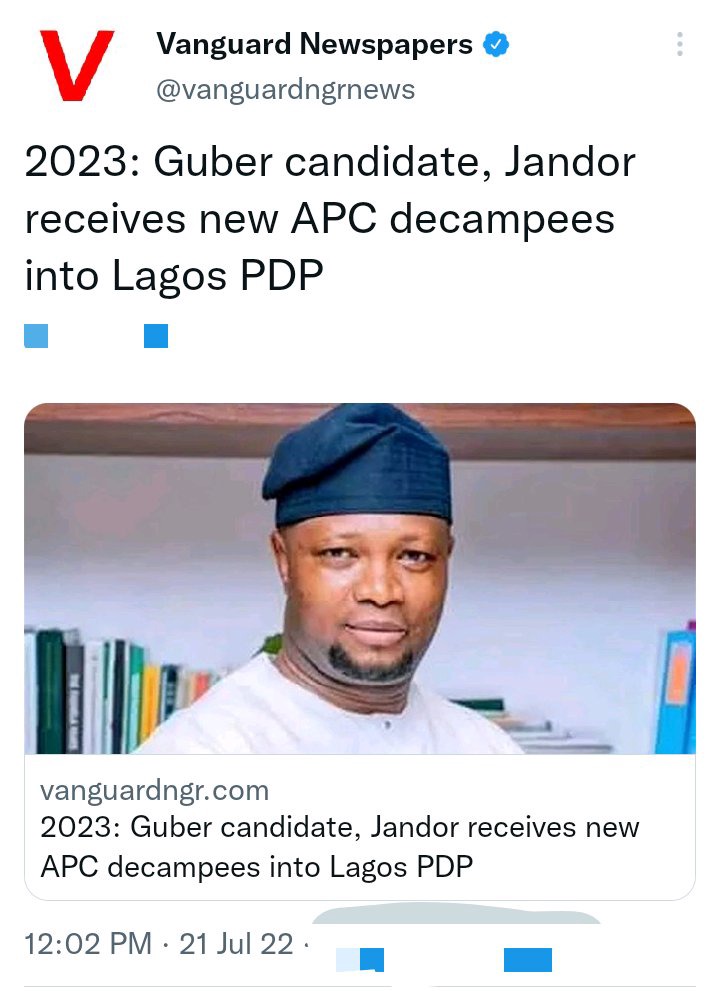 The organization, which I will call Best Alternative Network, said that it abandoned the APC despite the fact that it was the party in power because it trusted in our promise of a brighter future as opposed to the mismanagement they were being subjected to under the APC," he stated. 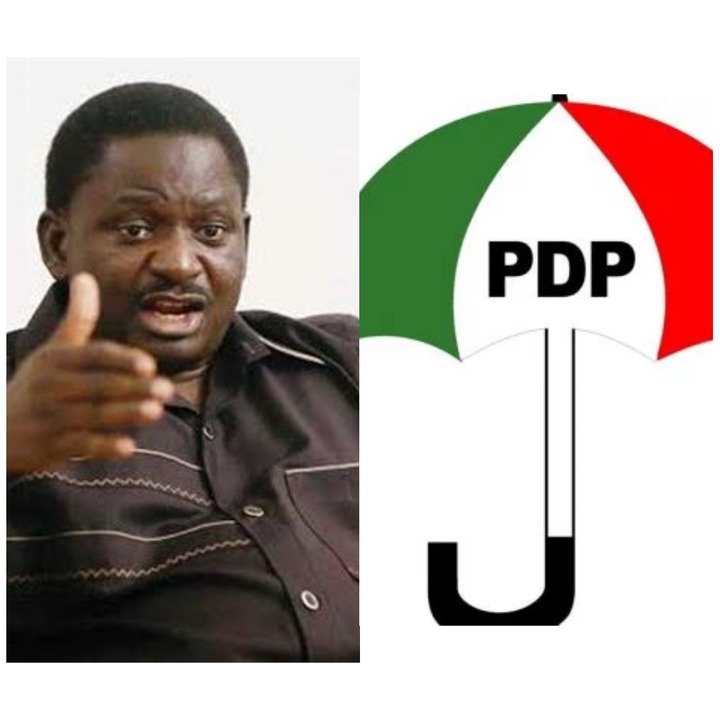 I'm Not An APC Member, I only work for APC Gov –Femi 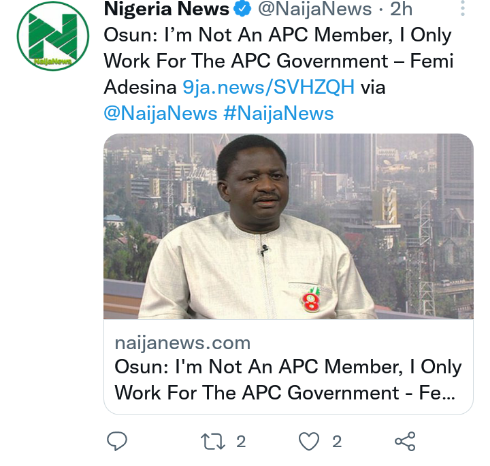 The special adviser to President Muhammadu Buhari on media and publicity, Mr. Femi Adesina has denied being a card-carrying member of the ruling All Progressives Congress (APC).

Adesina a on Thursday submitted that APC is only his preferred party but he is not a member of the party, adding that he is a Buharist as well. 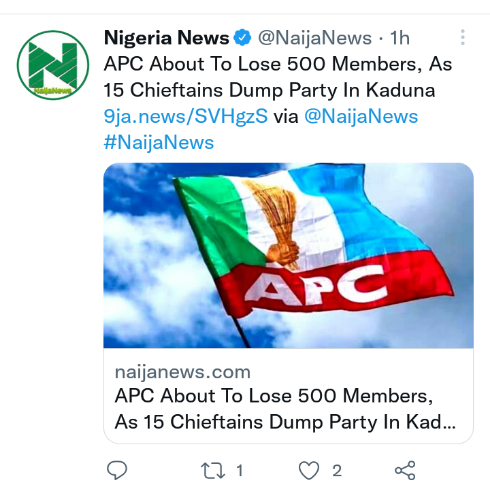 The Kaduna State chapter of the All Progressives Congress (APC) is about to witness a defection after fifteen party chieftains announced their membership withdrawal, Naija News reports.

It was gathered that the politicians announced their withdrawal from the ruling party on Thursday (today), citing a lack of internal democracy as their basis for defection.

What Atiku Told Me About Wike –Gov Ortom 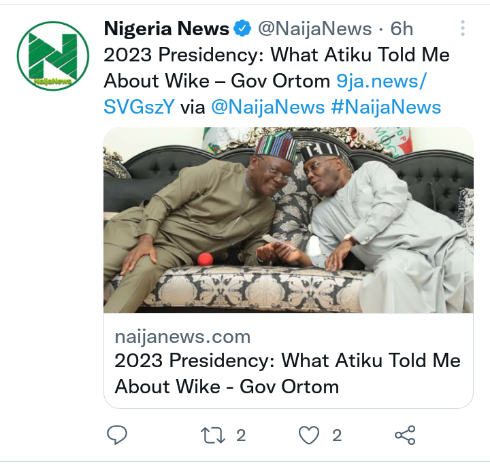 The Governor of Benue State, Samuel Ortom said that the presidential candidate of the Peoples Democratic Party (PDP), Atiku Abubakar has reached out to him, asking that he (Ortom) should pacify Governor of Rivers State, Nyesom Wike to address their differences.

Naija News understands that Governor Wike and other PDP chieftains were offended by some events that unfolded in the party following the conduction of their national convention and presidential primaries weeks ago.