By EttahEmmanie (self media writer) | 3 months ago 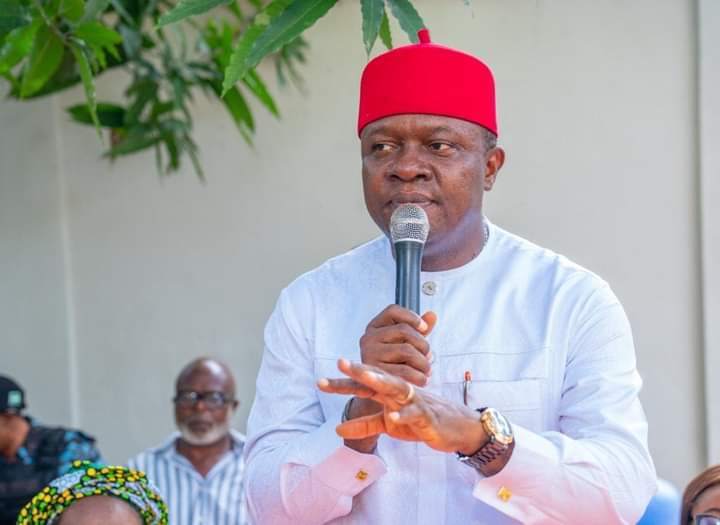 Valentine Ozigbo, the flag-bearer of the Peoples Democratic Party (PDP) for the 2021 Anambra governorship election, has expressed excitement at the publication of the final list of candidates for the historic poll by the Independent National Electoral Commission (INEC) for the historic polls.

Mr Ozigbo made the remarks on Thursday, October 7, 2021, shortly after INEC published the final list of candidates for the November 6 guber election, in line with the previously issued timetable and schedule.

According to Festus Okoye, National Commissioner in charge of INEC's Information and Voter Education Committee, 18 candidates are on the ballot for the election.

"In line with the timetable and schedule of activities for the election released on January 19 2021, the commission has today, October 7 2021, implemented two additional activities.

"The final register of Voters for the Anambra governorship election was presented to the 18 registered political parties participating in the election at the headquarters of the commission in Awka.

"Furthermore, the commission released the final list of candidates for the election and has pasted same in the State office of the commission in Awka, Anambra State. The list has also been uploaded to the commission's website and social media platforms."

Reacting to INEC's publication, Ozigbo declared that his pairing with Mrs Azuka Enemo stands head and shoulders above other candidates in the race.

"About two years ago, I was inspired to serve my people and champion the restoration of our greatness. Since then, we have worked diligently and shown Ndi Anambra an uncommon readiness to change the status quo, understand their needs and work for them," Ozigbo, who is the immediate past President and Group CEO of Transcorp Plc, said.

"Long before my party, the PDP held its primary election, I had traversed all the 21 local governments areas in Anambra State, up to seven times in some cases, engaging the people at the grassroots and consulting with political leaders.

"Within a short period, we have started a movement that has become a rallying point for Ndi Anambra both home and abroad. I am grateful to everyone who has joined the Ka Anambra Chawapu family and renewed my faith in a new Anambra.

"With INEC's publication today, we have been empowered to finish the final lap of this race strongly. The PDP is united, prepared, and confident as we approach November 6.

"Of all the major political parties in this race, only the PDP held a free, fair, and credible primary election, with a majority of the co-aspirants uniting behind the party's flag-bearer.

"Not only is this election winnable, but PDP also retains the brightest of chances, and I say this from a place of well-informed analysis based on our work on the field. Despite the handful of defections, we retain the comparative advantage of the grassroots.

"Our team is more committed because we know the hope of ndị Anambra lies on us. We will spare nothing to ensure we get it right at the grassroots and win this election. There will be a better story to tell at the end," Ozigbo, who is one of the few global Kaizen champions, added.

With the election only a few weeks away, analysts have tipped PDP's Ozigbo and Enemo as the favourites to win the poll.

Valentine Ozigbo is a respected business mogul, philanthropist, and international sports developer. He boasts one of the most diversified resumes with world-class experiences in banking, finance, hospitality, oil and gas, power, agribusiness, and entertainment.

In July 2021, Ozigbo unveiled Mrs Azuka Enemo, a seasoned administrator, academic and public servant, as his running mate. Mrs Enemo is a two-time Commissioner for Local Government and Chieftaincy Affairs, earning her a robust grassroots network.

Content created and supplied by: EttahEmmanie (via Opera News )