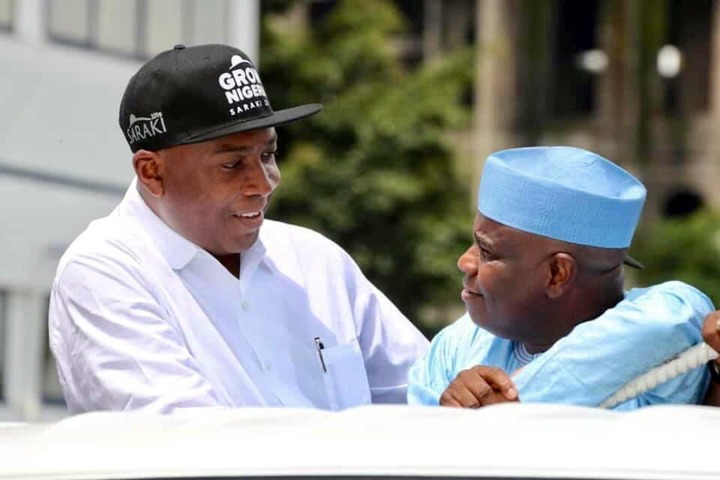 The former Chief Executive Officer of the Transnational Corporation of Nigeria scored 62 votes to become the party's flagbearer for the November 6, 2021, governorship election in the state. Obiora Okonkwo came second in the primary with a total of 58 votes.

Philip Shaibu, deputy governor of Edo state and secretary of the party's electoral committee, declared Ozigbo as the winner of the election.

The Chris Uba-led faction had previously held their primary election at the University of St. Paul in Awka, the state capital.

The Anambra PDP has recently been engulfed in internal strife, resulting in the establishment of two factions within the party.

The federal high court in Abuja recently fired the party's executive council at the state and local government levels.

The PDP's national leadership disbanded all of the party's executives in Anambra on Friday, 25th of June 2021, directing its south-east zonal caretaker committee to oversee the state chapter.

In addition, the Independent National Electoral Commission (INEC) has stated that it will follow the high court's decision. 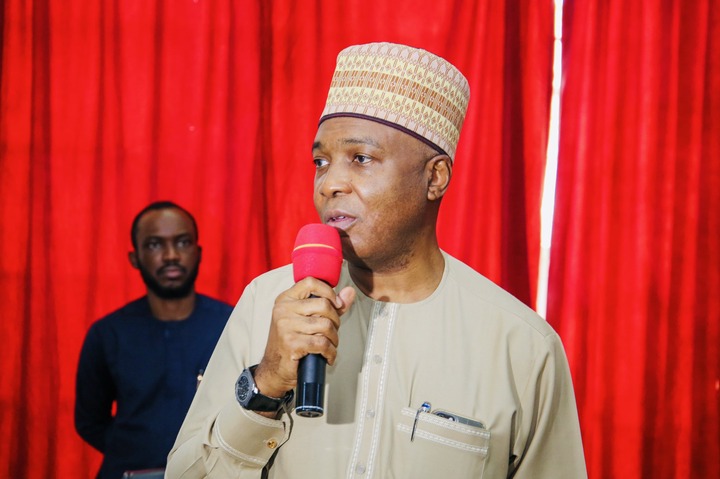 In reaction to the primary election, the former Senate President, Bukola Saraki, urged PDP stakeholders in the state to work for the victory of the party in the general election. He also advised the winner to work together with other aspirants to win the major battle.

"I congratulate Mr. Valentine Ozigbo, the winner of the Anambra State @OfficialPDPNig gubernatorial primary. As we move forward, I appeal to all PDP leaders in Anambra State to rally around our candidate to ensure that our party wins the November election. " Saraki said. 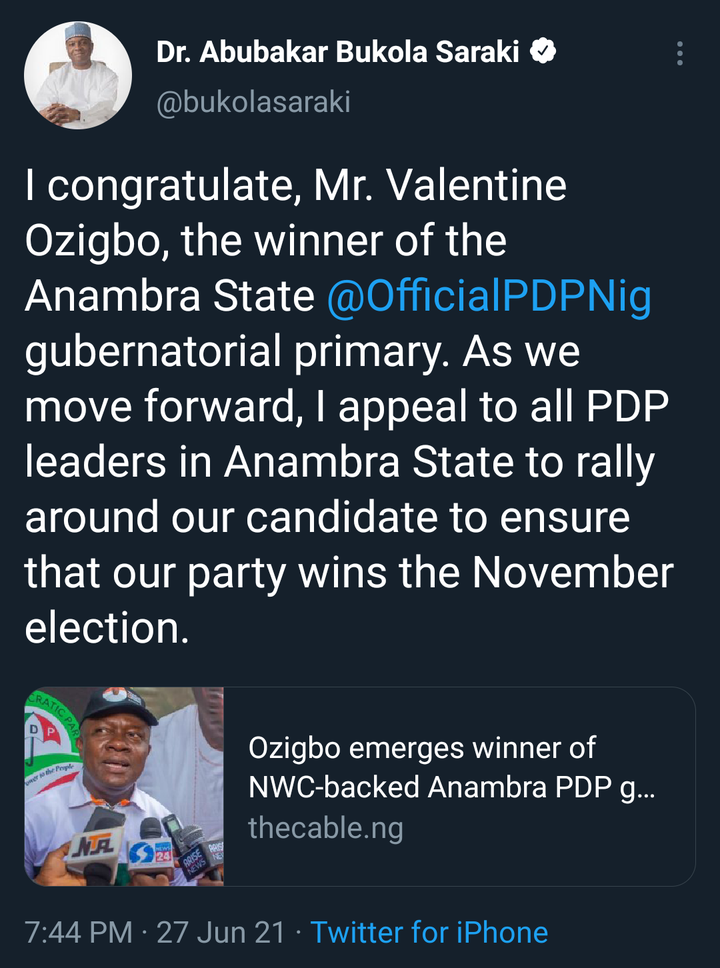 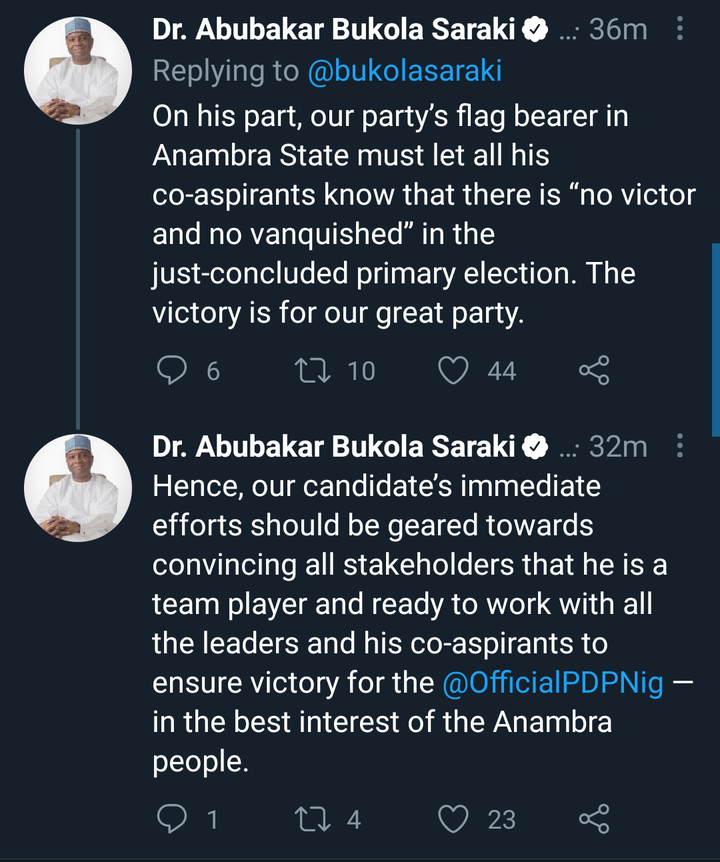