Some residents of Owerri, the Imo State capital were agog earlier today after the news broke that the former President of the Federal Republic of Nigeria, Dr. Goodluck Ebele Azikiwe Jonathan was in the State Government House.

Many people sought to know the reason for the early visit of the former President.

At the moment, the reason for the visit of the ex Nigerian President has been revealed by those in Imo State Government. 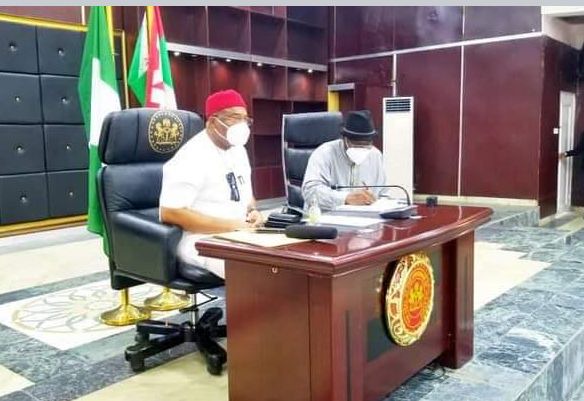 Dr. Jonathan, who signed a visitor's register at the Government House praised the Imo State Governor, Hope Uzodimma over his giant strides in transforming the State within a short period of time in office.

On why the former President, Goodluck Ebele Jonathan visited the State, sources revealed that the ex-President was in the State to commission a private medical facility project attracted to the State by Rev. Fr. Kenny Dumka.

This is second time the former President would be in the South East to commission project in lest than six days.

BelieveAll can recall that he was in Abia State last week to commission a sub power station built by Gregory Ibe, the Chancellor and founder of Gregory University, Uturu, Abia State. 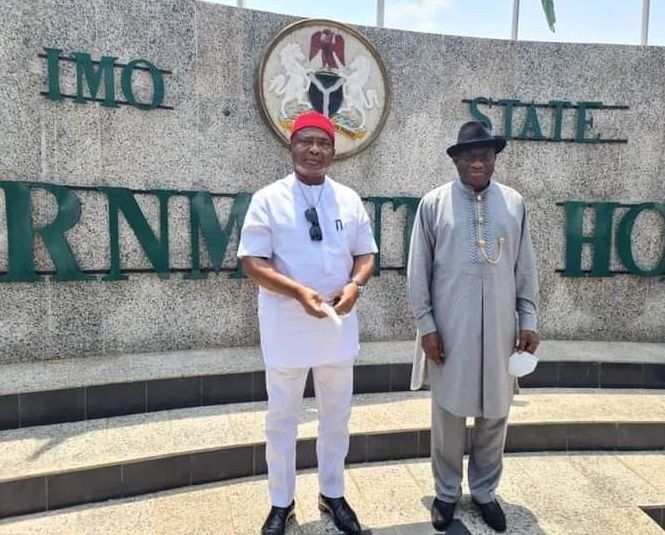 Dr. Goodluck Ebele Azikiwe Jonathan served Nigeria as a President between May 5, 2010 to May 29, 2015 after he lost his re-election to the incumbent President, Muhammadu Buhari of the All Progressive Congress (APC). 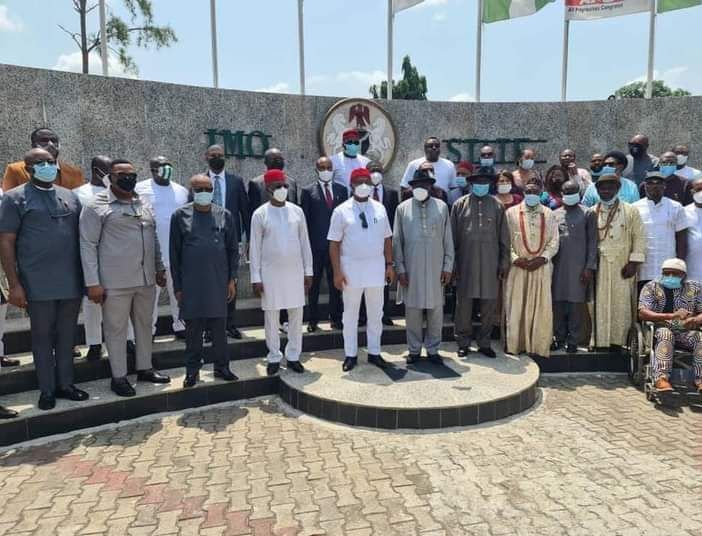 What do you think of the visit of former President, Goodluck Ebele Azikiwe Jonathan to Imo State to commission project?

Is this part of strategy to come back for in 2023?

Cute Hairstyles You Can Plait For The New Month (Photos)

Fans React As The Race For The First Player To Score 100 Goals Sets In Between Ronaldo And Dybala.

Stunning Blue Outfits You Can Rock To Any Wedding Occasion