By PUNCHE (self media writer) | 1 year ago

Nigeria’s President, Muhammadu Buhari has expressed delight at the news of the appointment of Professor Charles Egbu, from Anambra State, as Vice Chancellor of Leeds Trinity University, United Kingdom. The President felicitates with the academic, who is the first black person appointed helmsman of a ranked university in the UK, urging him to continue to 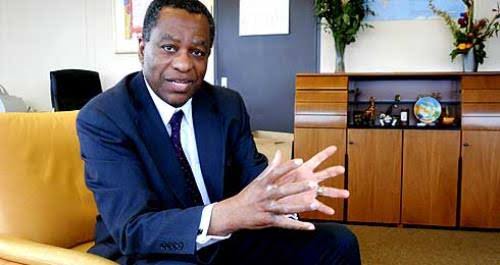 The minister of Niger Delta affairs says the allegation of sexual harassment against him by Nunieh is defamatory.

The minister insisted that the comments by the ex-NDDC MD are malicious and libelous.

British authority has explained why Air Peace was denied operation in the UK.

In a tweet on Friday, British high commission said the decision taken was technical amid Covid-19.

The embassy said it has spoken with parties involved including the minister of aviation Hadi Sirika and minister of foreign affairs Geoffrey Onyeama.

The federal government has disclosed that it would take action against anyone who flouts COVID-19 guidelines at airports.

Sunny Onuesoke, a chieftain of PDP in Delta state, queries Buhari over the appointment of the head of EFCC.

The president had appointed Mohammed Umar after the former EFCC boss, Ibrahim Magu, was suspended.

Onuesoke, however, noted that the appointment of only northers to head the anti-graft agency was against the federal character policy.

Saraki said Magu took the issue of his non-confirmation by the 8th Senate which he led, personally.

The former Senate president said this after the defeating EFCC again.

Saraki said following the victory, he expected the EFCC to now leave him alone to enjoy his fundamental human rights.

Reno Omokri has said that the use of tithe money to buy alcohol is acceptable in Christianity.

He backed his claim up with Deuteronomy chapter 14 verse 26.

Reno replied his critics saying that the verse is an old law as he asked them that don't use the same old testament in Malachi 3:10 to support paying tithe

4 Healthy Type of Meat You Should Start Eating In Order To Age Gracefully.