By Watertown (self media writer) | 2 months ago

President Muhammadu Buhari has arrived New York for the high-level meetings of the 76th Session of the United Nations General Assembly. 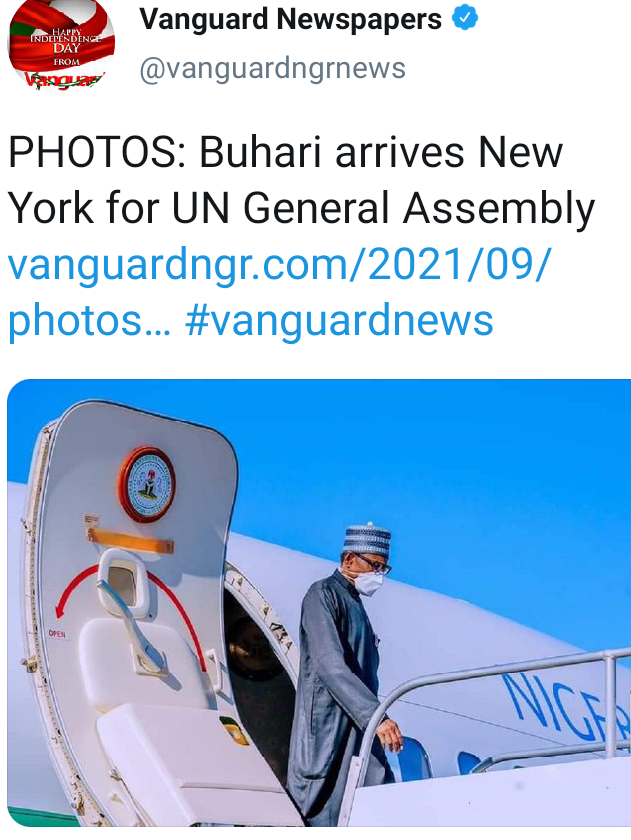 The New York Correspondent of the News Agency of Nigeria (NAN) reports that Buhari arrived at the JF Kennedy international Airport in New York at about 4 p.m. local time. 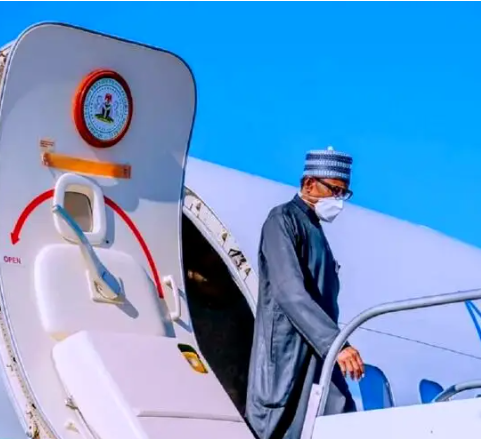 The President was received by the Minister of Foreign Affairs, Geoffrey Onyeama, Governor Kayode Fayemi of Ekiti State, the Minister of Industry, Trade and Investment and the Permanent Representative of Nigeria to the UN, Prof. Tijjani Muhammad-Bande.

NAF Rescues 20 From Bandits In Katsina

A Nigerian Air Force (NAF) jet hovering over some communities has forced bandits out of their hideouts leading to the rescue of 20 kidnapped victims in Katoge village in Batsari local government area of Katsina State. 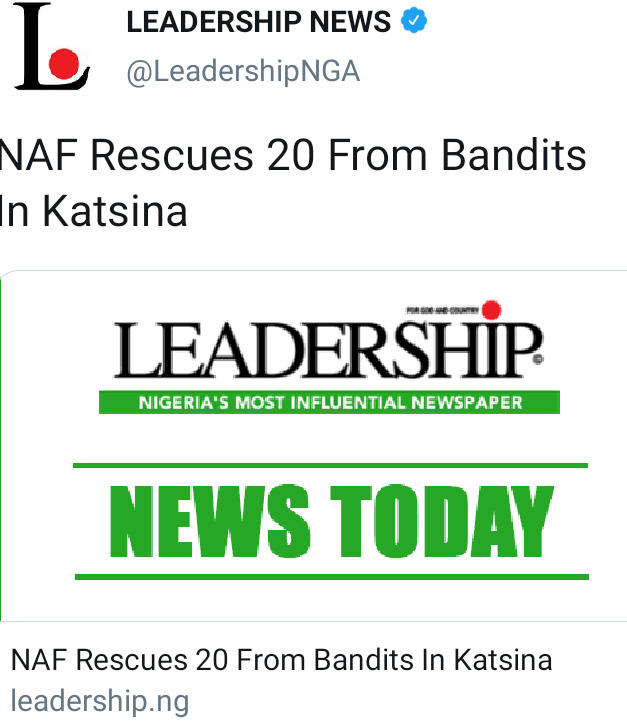 The victims who consist of 10 women, eight girls, a boy and an adult male, were said to have spent five months in the bandits’ den in Rugu forest.

Among the victims was a pregnant woman, Sahura Haruna who gave birth to a baby girl while in custody of the bandits.

Ifeanyi Ejiofor, counsel to Nnamdi Kanu, leader of the Indigenous People of Biafra, IPOB, has reacted to the death of Obadiah Mailafia, former Deputy Governor of the Central Bank of Nigeria, CBN. 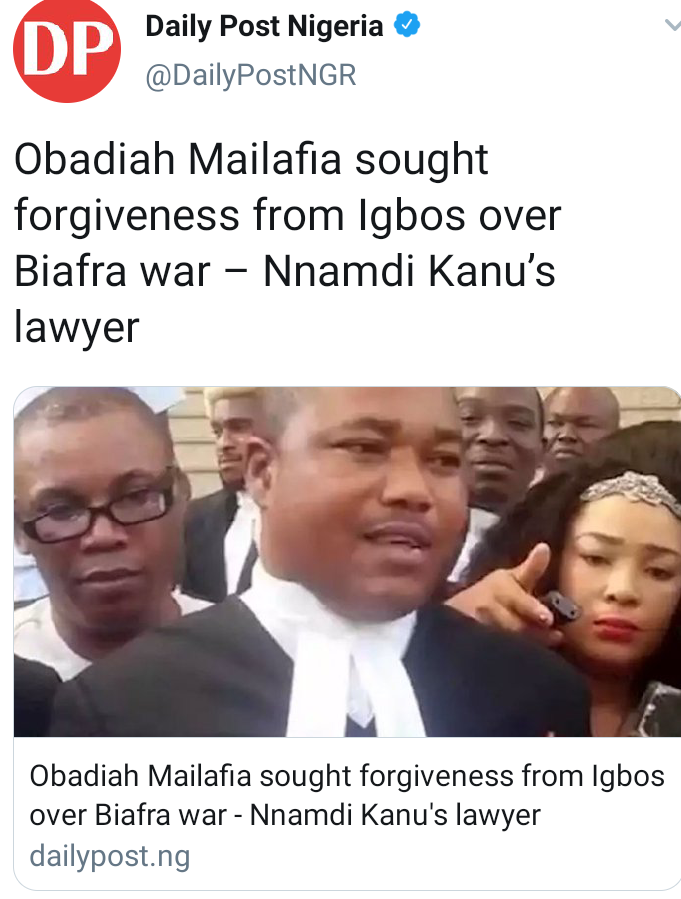 Ejiofor said Mailafia sought for forgiveness, peace and reconciliation for what Nigeria did to the Igbo during the Biafra civil war.

He also disclosed that the former presidential candidate wanted the Middle belt to apologize to the Igbo over their role during the Biafra war.

In a series of tweets, Ejiofor wrote: “The sad news of the sudden demise of Dr Mailafia hit me with a great shock.I could not believe it until I made calls to close contacts who confirmed it was true. Hmmmm, what is life but fleeting moments? Today we’re here, tomorrow we’re no more.

Accumulating Debts for Next Generation Is Criminal, Obasanjo Tells FG

Former President Olusegun Obasanjo has decried the federal government’s plan to source for fresh loans, saying borrowing to accumulate debt for the next generation is criminal. 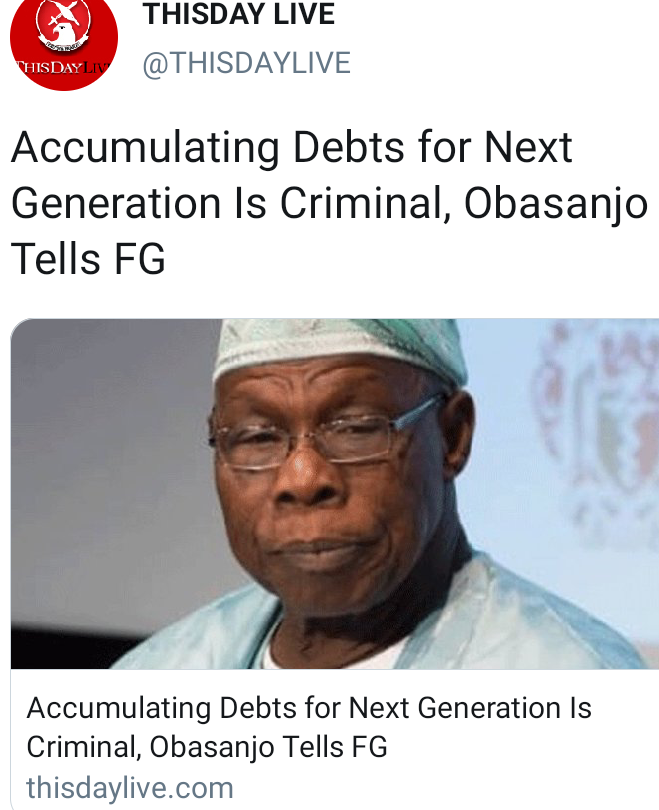 Speaking to Channels Television on the sidelines of an event in South Africa, Obasanjo said that if the existing debt was left unserviced or unpaid, it might become a problem for successive administrations.

While noting that borrowing is not a problem, the former Nigerian leader stated that what could be a problem would be what one is borrowing for and the plan or capacity to pay back.