Meet Hajia Ahmed: Nigeria's Only Queen In A Land Of Kings

By Joyreport (self meida writer) | 15 days 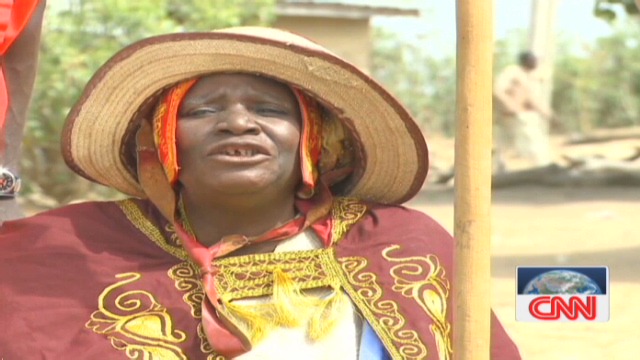 Queen Hajia Ahmed is the current leader ruling Kumbwada, a village in the Northern Nigeria ·

According to reports there is a curse which means any man who attempts to be king in Kumbwada community will die mysteriously. That's why Queen Hajia Ahmed is the female traditional ruler of Kunbwada, Northern Nigeria.

According to reports on CNN, Queen Hajia said "Men cannot rule the kingdom of Kumbwada. If a man insists and he is allowed. After two or three days, The man will die."

According to reports, No man has ever tried to usurp the throne, and the young men who remain in the village insist they are loyal subjects. The Kumbwada People are very proud to talk about the history if they are been asked outside why they are being ruled by a woman. Nigeria's kingdoms are officially recognized, and their traditional rulers' authority comes from customary law.

Queen Hajia's official functions include settling marriages and land disputes and keeping the peace. But she also wants to introduce some changes of her own. "Women must be educated," According to reports, she said. "Education means women can be anything they want to be."

Queen Hajia has tens of thousands of subjects, and has ruled for 12 years after inheriting the throne following her mother's death. Now she's witnessing changing times. As more young people leave the community and head to the towns in search of work and money, there's a fear these traditions are being lost.

The elders of the community blame foreign influences from the towns for what they see as a growing disrespect of the local culture and beliefs.

According to reports on CNN, Mohammed Sani, who has the honorary title of "Custodian of the Shrine", Said "The West is making their tradition go back. they want their people to be enlightened, but Western values are having a bad effect."

As for modernity, the Queen says it does bring some benefits. " She said, she have seen many changes". "Things have improved, and the new town has helped education and infrastructure."

What do you think about this tribe?

Content created and supplied by: Joyreport (via Opera News )

Dear Men, If You Want Your Wife To Have Children Then Avoid Eating These Harmful Foods

Parents, Make Your Little Boy Look Good With Any Of These 15 Adorable Dress Styles

Both Greenwood And Tarkowski Scored Landmark Goals, See What The Goals Mean In Man United History.