Opinion: How Emergence Of Osinbajo As Potential Presidential Candidate Of APC Can Help The Party In Southwest

By Prince_Ayoade (self media writer) | 4 days ago

The All Progressives Congress APC may win all the Six States in Southwest, if the Leaders of the Party can give Presidential Ticket to Vice President, Professor Yemi Osinbajo. It was gathered that The Leaders of the All Progressives Congress of the Party, may zone the Presidency to South and there have been several indications that Prof. Yemi Osinbajo may contest the Presidential race in 2023, if the is zone to the Southwest. 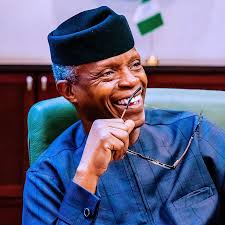 It was reliably gathered by the Cable that The Progressives Consolidation Group (PCG), a group, supporting Osinbajo's Presidential Ambition, is recognized by APC. Meanwhile, The Director of Administration of the Party, Abubakar Suleiman, made it known to the Public that The Caretaker Chairman of the Party, Mai Mala Buni has recognised the Group. This is an indication that Osinbajo might be contesting Presidential race under the Platform of the Party.

Bala Gide, who is the head of the Group said that Osinbajo will build on the Legacy of President Muhammadu Buhari, if elected as President. However, The emergence of Osinbajo as Presidential Candidate of the Party, may pave way for APC to win all the six States in Southwest. 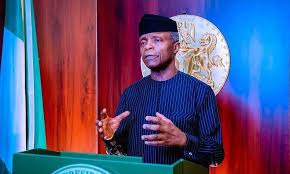 The reason why APC may win all the Six States in Southwest, if the Presidential ticket is given to Osinbajo is that, Osinbajo belong to one of the most Populous Christian Denominations in the country, which is the Redeemed Christian Church of God, RCCG. RCCG is one of the Christian organization that is very strong in southwest. Meanwhile, Osinbajo is not an ordinary Member of the church but an ordained Pastor. This means that the church has reasonable Population throughout the Southwest to mobilise for APC, if Osinbajo could emerge as Presidential Candidate of the Party. 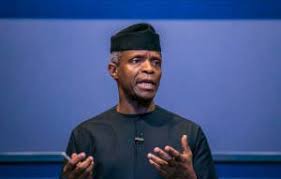 7 Foods You Should Consume Regularly To Cleanse Your Liver

3 Benefits Of Sadaqah In Islam

Three Former Players Barcelona Should Bring Back To Reinforce The Team