By KaptainWendy (self media writer) | 1 year ago 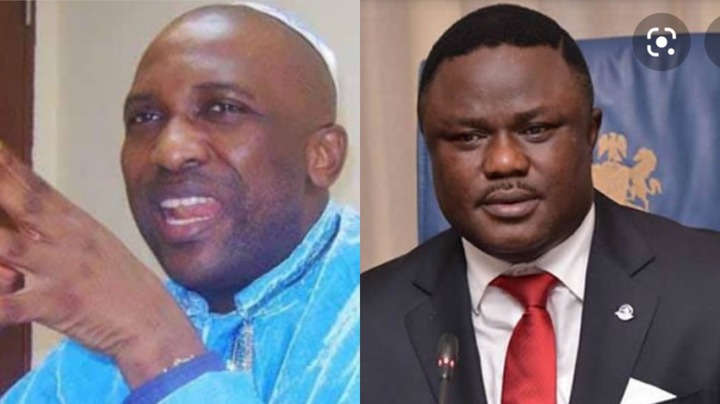 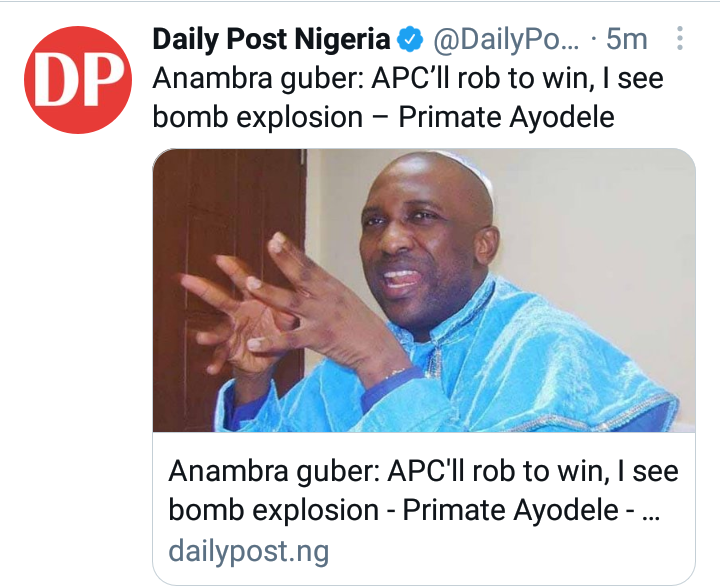 The Leader of INRI Evangelical Spiritual Church, Primate Elijah Ayodele has warned that the All Progressives Congress, APC, would not win the Anambra governorship election.

In a statement on Friday, the clergyman urged the APC to pick George Moghalu during its primaries.

Primate Ayodele also warned the state government to ensure adequate security. Disclosing that he foresee explosives during the election, adding that after the primaries, God will reveal the next governor of Anambra State to him. 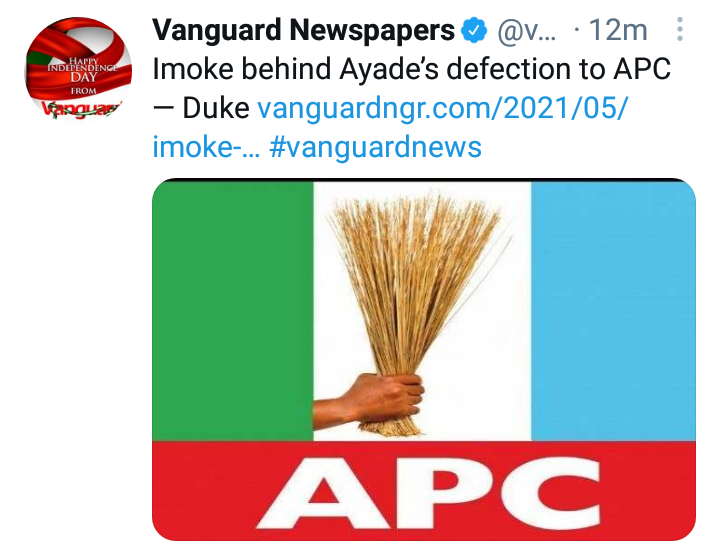 Former Governor of Cross River State,Mr Donald Duke, has taken a swipe at his predecessor, Senator Liyel Imoke, accusing him of being behind the current problem in Peoples Democratic Party, PDP, in the state, which partly led to the recent decamping of Governor Ben Ayade to the All Progressives Congress, APC. 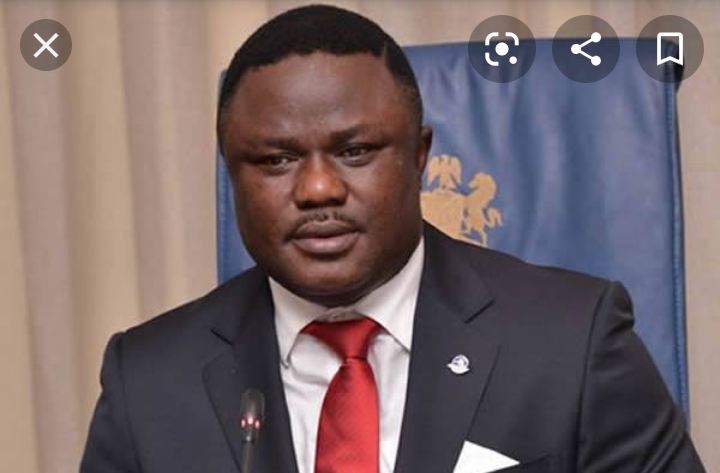 He blamed developments on the jettisoning of the ideals and principles of justice established by the PDP since 1999.

For PDP to rebuild, Duke, who said he returned to the party about a year ago, called for a return to the principles and ideals of the founding fathers. 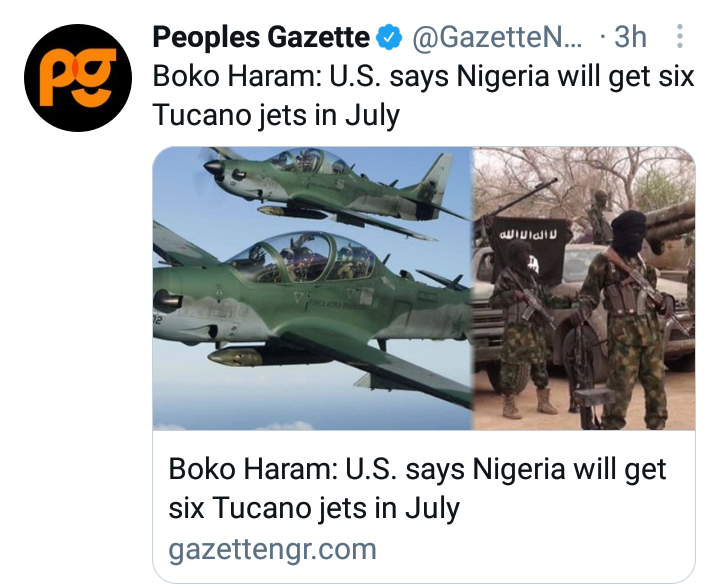 The U.S. Air Force Fighters and Advance Aircraft Directorate has told Nigeria that its 12 Tucano jet fighters will be ready for delivery between July and October.

Specifically, the United States stated that six jet fighters would be delivered in July while it would supply the other six in October.

The information was disclosed to the National Assembly Joint Committee on Defence currently in the U.S. on an inspection tour of Embraer Defence Security Incorporated, manufacturers of the Nigerian Air Force (NAF) A-29 Super Tucano aircraft.

A statement by the Director of Public Relations and Information, NAF Headquarters, Edward Gabkwet, stated that the joint committee was in the U.S. to assess the status and progress of work on the aircraft.

According to Gabkwet, on arrival at EDSI, the team led by Michael Nnachi was briefed on the progress of work on the aircraft programme and the scheduled date of delivery.

While briefing the NASS team, Authur Ford of the U.S. Air Force Fighters and Advance Aircraft Directorate stated that 10 out of the 12 aircraft were ready for delivery to NAF.

The remaining two were undergoing modification and integration to NAF-specific operational configuration, he said. Mr Ford added that six aircraft were scheduled to arrive in July while the remaining six would be delivered before the end of October. In his remarks, Mr Nnachi commended EDSI for the quality of work on the aircraft. 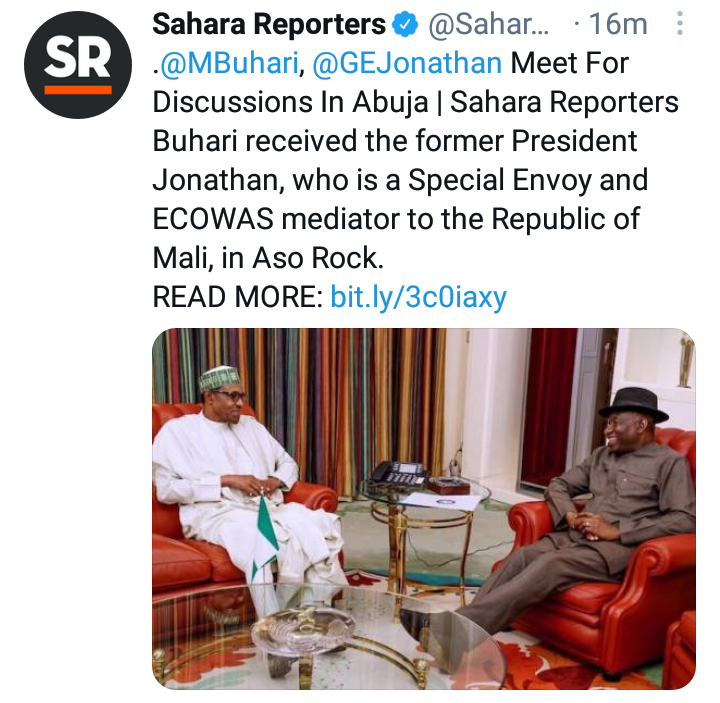 Former President of Nigeria, Goodluck Jonathan has met with President Muhammadu Buhari for discussions on the current situation in Mali.

Buhari received the former President Jonathan, who is a Special Envoy and ECOWAS mediator to the Republic of Mali, in Aso Rock on Friday.

According to Femi Adesina, presidential spokesman, Jonathan had earlier met with the key political actors ahead of the meeting of ECOWAS leaders under the Chairmanship of President Nana Akufo-Addo of the Republic of Ghana.

He added that the meeting of the regional leaders was necessary to urgently find an acceptable solution to the current impasse in the West African nation.

While speaking at the meeting held at the State House, Abuja, Buhari called on the actors in the political crisis rocking the West African nation to come together for peace and unity. 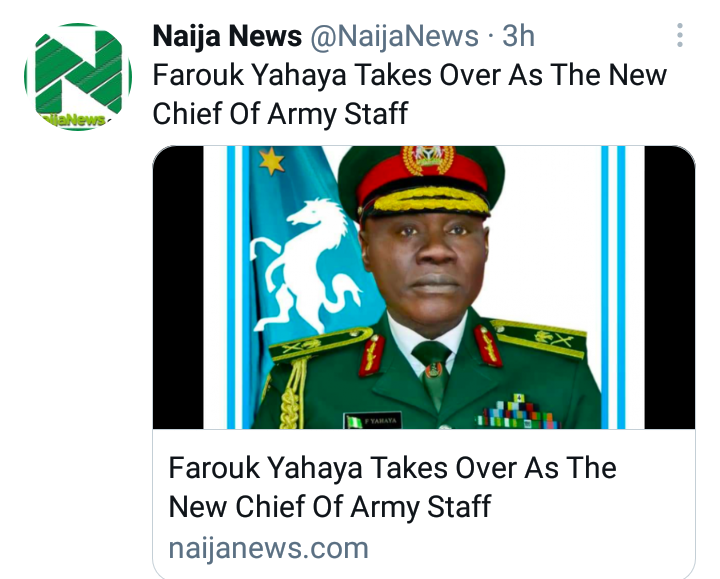 Yahaya takes over as the 22nd Chief of Army Staff following his appointment on Thursday by President Muhammadu Buhari to replace the late Lt. Gen Ibrahim Attahiru who died in a plane crash in Kaduna State last week Friday.

Prior to his appointment Major General Yahaya was the General Officer Commanding 1 Division of the Nigerian Army and the incumbent Theatre Commander of the Counterterrorism Counter Insurgency military outfit in the North East code named Operation HADIN KAI.

Yahaya was born in Sifawa, Bodinga Local Government Area of Sokoto state. He is married and blessed with children. He belongs to the Regular Course 37.

What's are your thoughts on these headline news? Kindly leave your comments below and share.