IGP Adamu replaced while on Official Duty in Imo State.

By Dovites_Plug (self meida writer) | 1 months 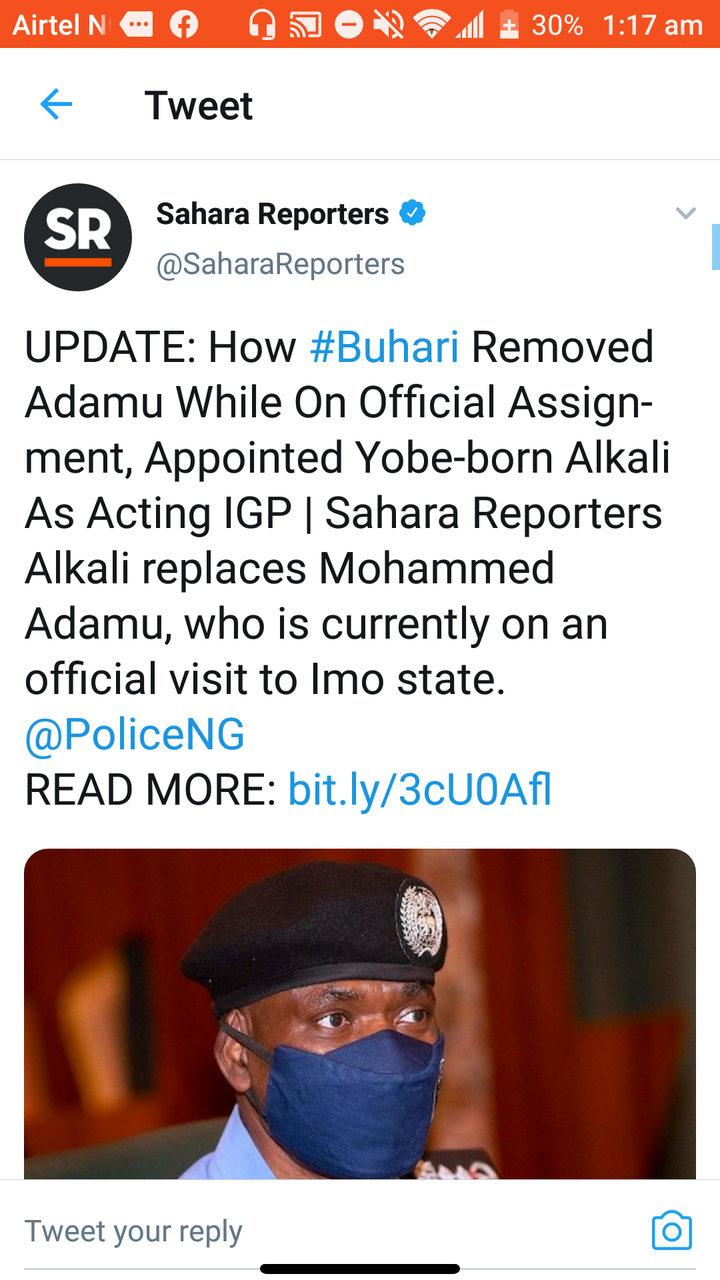 President Muhammadu Buhari has appointed Deputy Police Inspector General Usman Alkali as the new Acting Police Inspector General. Alkali replaces Mohammed Adamu, who is currently officially in the Imo state. Adamu ordered police officers to strike members of the banned Independent People of Biafra (IPOB) and the Eastern Security Network (ESN) during his visit to the burned-out headquarters of the Imo police order and the Owerri correctional service. On 4 February 2021, President Buhari extended his term of office in violation of the provisions of the Police Act 2020, which stipulates in section 7 (6) a single term of four years without the possibility of extending the term of office of the holder of the office of inspector. general of the police. "A person appointed to the office of the Police Inspector General remains in office for four years," it says. 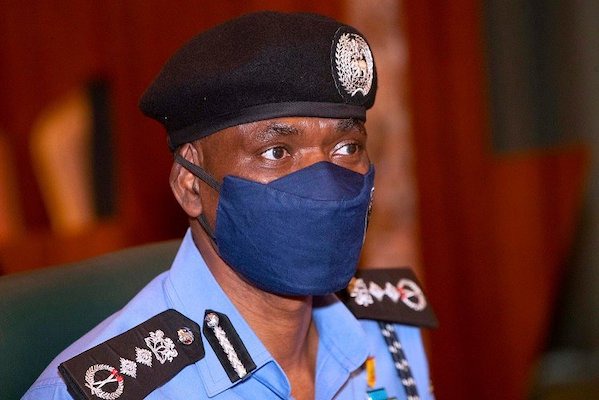 SEE ALSO Section 18 (8) of the Act, signed by President Buhari on 15 September 2020, also states: “Every police officer must be with the police for 35 years or until he is 60 years old when he is appointed or appointed, if applicable can be: whatever is earlier. Adamu, however, spent two months and three days extending the three-month extension. His successor Alkali, DIG, Division of Criminal Intelligence and Investigation (FCIID), was named on Tuesday by Police Minister Maigari Dingyadi. The new incumbent IGP was born in 1963 and joined the Nigerian police in March 1988. He holds a Master's degree in Public Administration (MPA) and a BA (ED) in Political Science from the University of Maiduguri and Bayero University in Kano. As a member of the National Defense College and a member of the International Association of Chiefs of Police, Alkali attended several professional courses / workshops. The Yobe-born police officer has held several strategic positions in the past, including: Deputy Inspector General of Police, responsible for Zone 5 Benin, Zone 4 Makurdi, Zone 7 Abuja, Police Commissioner FCT and Delta Command.

Content created and supplied by: Dovites_Plug (via Opera News )