By FireGist | self meida writer
Published 1 months ago - 10921 views 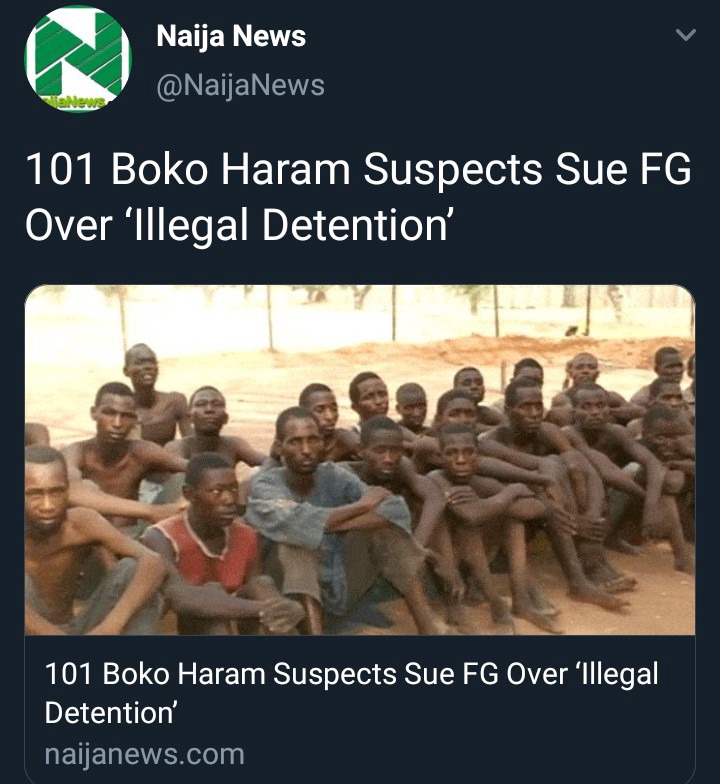 Suspected Boko Haram insurgents who have been remanded in custody for 11years without trials have sues the Federal Government for illegal detention.

It was gathered that the insurgents were detained since 2011 without trials which is considered unconstitutional and illegal.

Ahmed Adetola-Kazeem who happens to be the lawyer of the defendants have urged the Federal High Court in Lagos to direct their release forthwith and to direct the federal Government to pay the sum of 303million Naira as compensation. 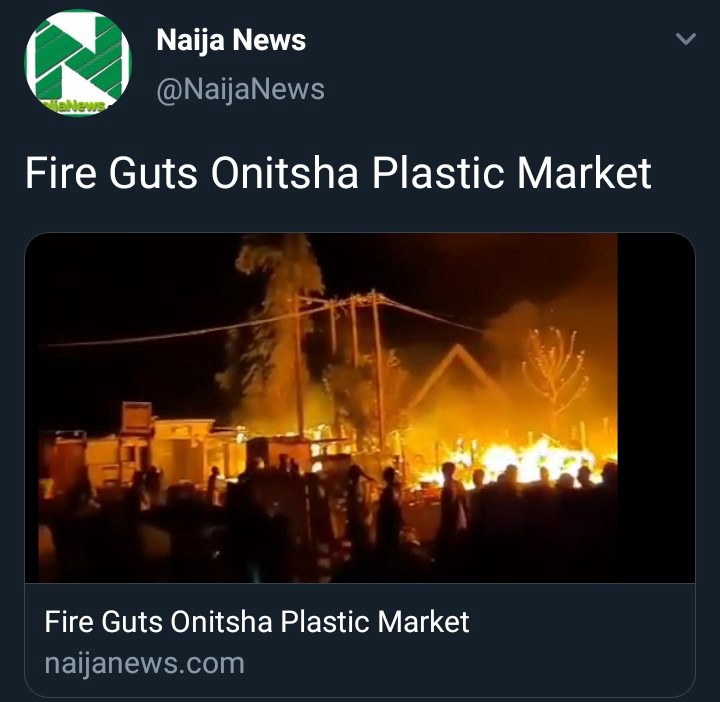 In the early hours of today, fire guts onitsha plastic market with shops and goods worth millions burnt. Although no casualty have been recorded. 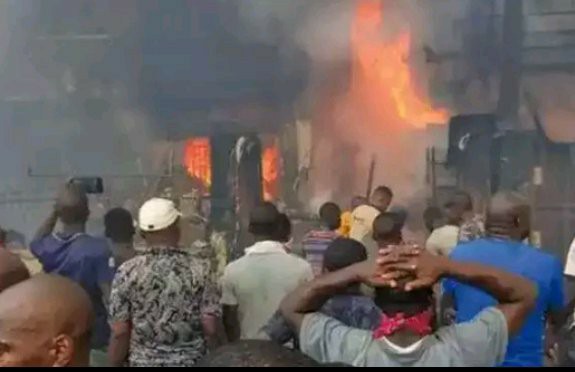 The State Police Public Relations Officer, CSP Haruna Mohammed confirms the incidents and have assured Nigerians that an investigation has commenced to unravel what led to the fire outbreak. 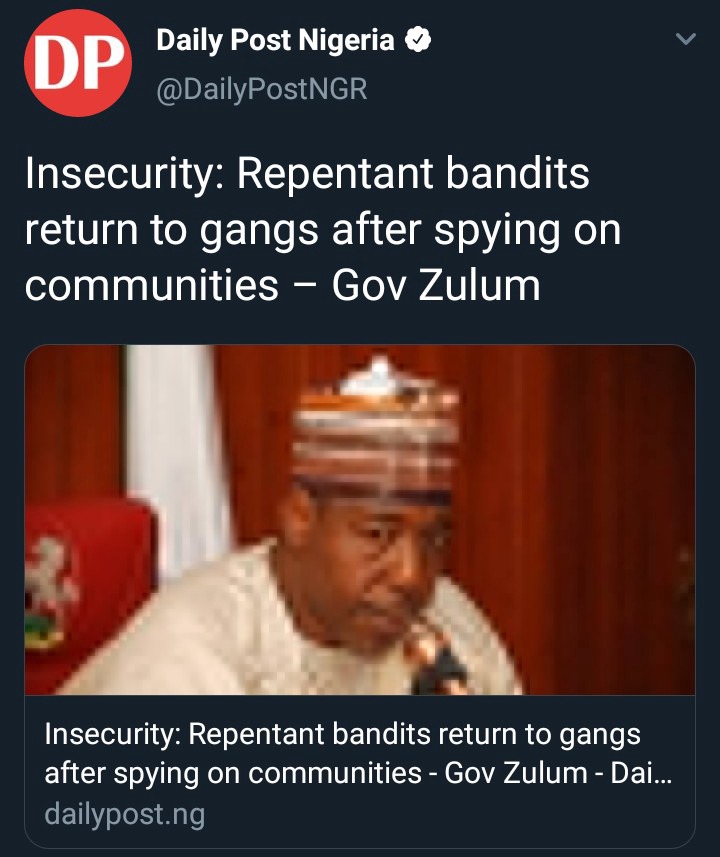 Governor of Borno State, Gov. Babagana Zulum have kicked against giving repentant bandits amnesty as he feel that these bandits never truly repents. 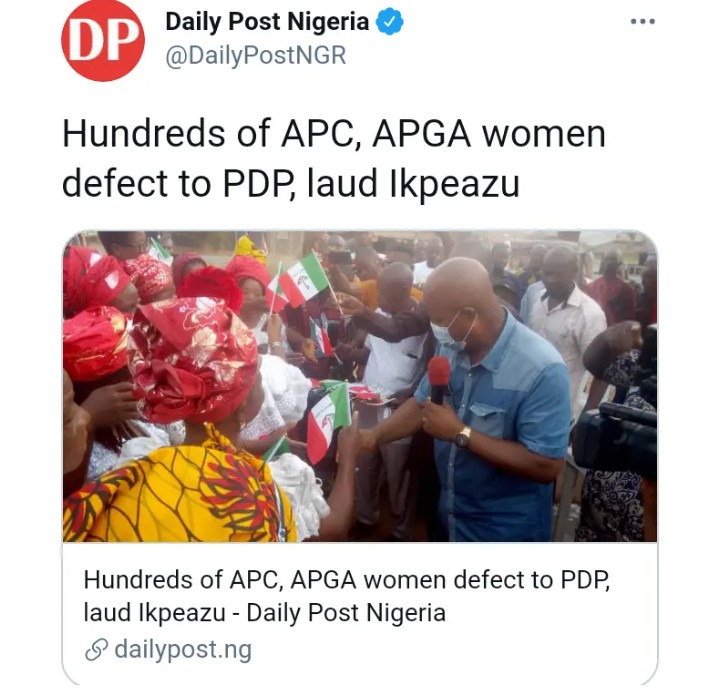 According to DAILY POST, about 700 women members of the All Progressive Congress (APC) and the All Progressive Grand Alliance (APGA) in Umuahia North Local Government Area of Abia State have on thursday defected to the people's Democratic Party (PDP). 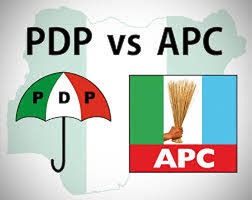 The former APC Woman Leader, Lady Charity Ekeleme speaking on behalf of the decampees, said that APC have derailed in the service of humanity and of the nation. As they don't represent the ideal party for them. As their aim of joining politics was to serve and make Nigeria a better place.

Is their reason for dexampee reasonable enough to decamp? Is APC really a failure? Let's hear your thought on this.

abu buhari children overdose lyrics samsung galaxy s9 plus price in nigeria shop betnaija
Opera News is a free to use platform and the views and opinions expressed herein are solely those of the author and do not represent, reflect or express the views of Opera News. Any/all written content and images displayed are provided by the blogger/author, appear herein as submitted by the blogger/author and are unedited by Opera News. Opera News does not consent to nor does it condone the posting of any content that violates the rights (including the copyrights) of any third party, nor content that may malign, inter alia, any religion, ethnic group, organization, gender, company, or individual. Opera News furthermore does not condone the use of our platform for the purposes encouraging/endorsing hate speech, violation of human rights and/or utterances of a defamatory nature. If the content contained herein violates any of your rights, including those of copyright, and/or violates any the above mentioned factors, you are requested to immediately notify us using via the following email address operanews-external(at)opera.com and/or report the article using the available reporting functionality built into our Platform 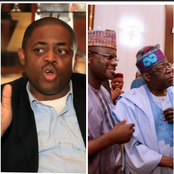 Why Are You Ashamed Of Showing Your Faces If You Truly Believe In Buhari And APC? — Reno Omokri 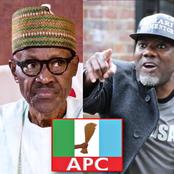 The Idea That Kogi Gov. Yahaya Bello Should Not Run For The Presidency Is Absurd" –Fani Kayode 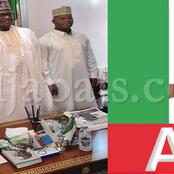 Northern Senator Blows Hot, As He Says North Will No Longer Tolerate Attacks On Northerners In South 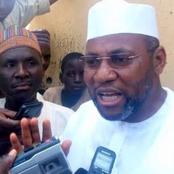 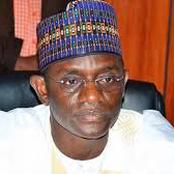 Opinion: T. A. Orji is the biggest obstacle Orji Uzor Kalu has ahead of 2023 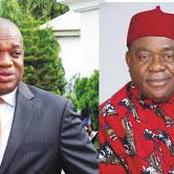 Nigeria Doesn't Need Such A Person As President, Man Replies FFK After His Suggestion On Yahaya Bello 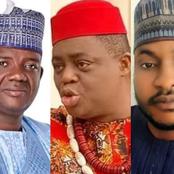 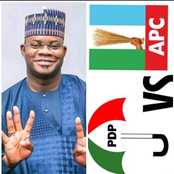 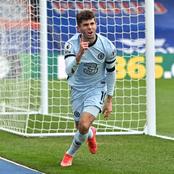