Here are some of the notable dates in the history of Nigeria.

Some notable dates in the history of Nigeria. 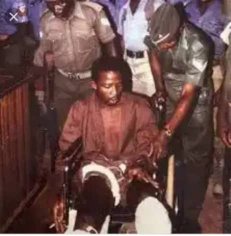 1)1903:The British conquered most of northern Nigeria including sokoto caliphate.

3)1914:Northern and southern Nigeria were amalgamated into Nigeria.

6)1959:Nigeria held its first national election to set up independent government,Northern politicians won a majority sit in the parliament.

10)16 January 1966:The military government was formed,with General Johnson Aguiyi Ironsi acting as head of state and supreme commander of the federal Republic.