Magu: I Was Amazed When I Read The ‘Nonsense’ Allegations Against Me

The suspended acting chairman of the Economic and Financial Crimes Commission (EFCC), Ibrahim Magu, described his allegations as "nonsense." Speaking hours after he was released from police custody with The Nation, Magu said he was shocked to read the allegations designed to tarnish his image. Last week he was arrested and whisked into the Abuja presidential villa, where he appeared before a panel set up by President Muhammadu Buhari to check the EFCC under him. The panel is led by the former appeal court chief, Ayo Salami."They 're all nonsense. They are pure accusations trumping up to tarnish my EFCC reputation and that. I didn't steal or redirect funds or convert them to private use. I was reading the accusations and I was surprised, "Magu was quoted as saying.

"What I've witnessed is a case of dog eats dog but I see it as one of those work threats ... we mustn't give up in any way." Magu, who vowed to fight injustice until the end, thanked those who stood by him while in prison. He asked Nigerians not to give up on fighting corruption, saying: "Corruption is killing a country faster than anything else.""I would like to thank the Nigerians for their encouragement and should not be discouraged. I'm glad to be back, I hope the war on corruption can be won,' he said. "The anti corruption fight will continue whether I am the Chairman of the EFCC or not." Magu 's duties preceded Malami's memo accusing him of extreme ill fatedness. He was alleged to have mishandled the recovered loot, and to have sold his associates stolen properties. Since his detention, a series of charges have come out. He was reported to have bought a Dubai, United Arab Emirates property using a pastor as a conduit.He was also reported to have laundered more than N500 billion in Kaduna through a bureau-de-change. Magu previously refuted the charges through his lawyers. Mohammaded Umar, former EFCC operations officer, took over the commission in acting capacity. 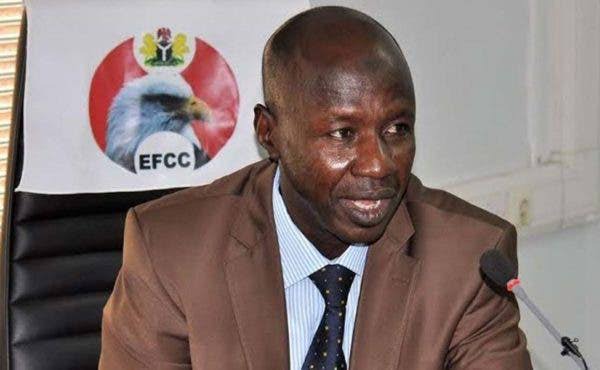