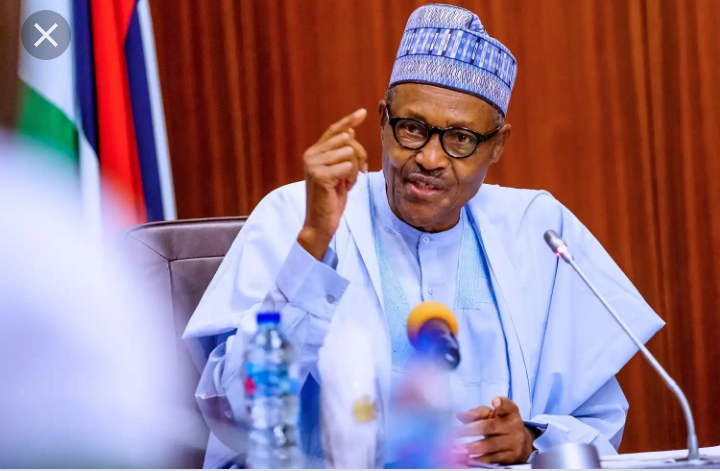 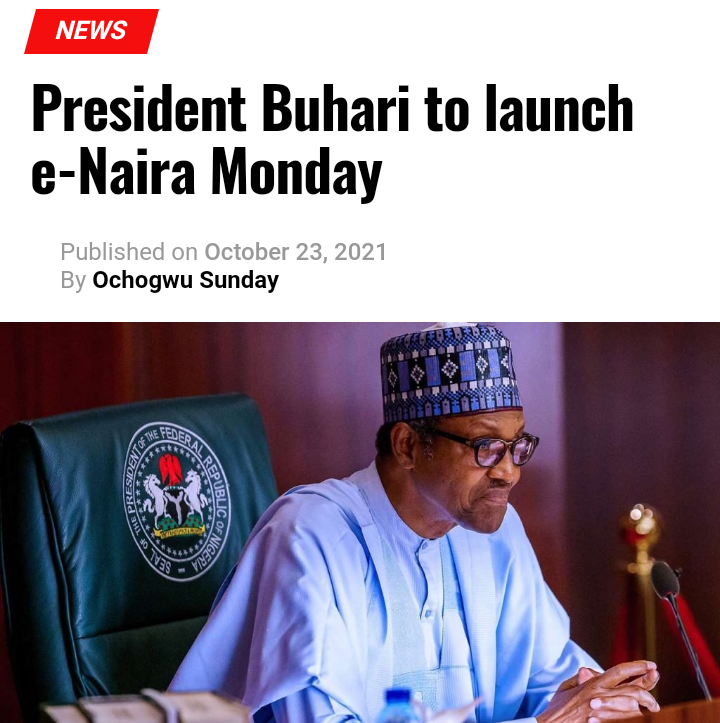 The Central Bank of Nigeria, CBN on Saturday, revealed that President Muhammadu Buhari has been scheduled to formally unveil the e-Naira on Monday.

A statement issued on Saturday by CBN’s Director of Corporate Communications, Osita Nwanisobi, stated that the e-Naira is now expected to be activated on Monday by the president.

The CBN Director who stated that the launching would take place at the States House, Abuja, noted that the “e-Naira is a culmination of many years of research work by the Central Bank of Nigeria, CBN in advancing the boundaries of payments system in order to make financial transactions easier and seamless for every strata of Nigerian society. 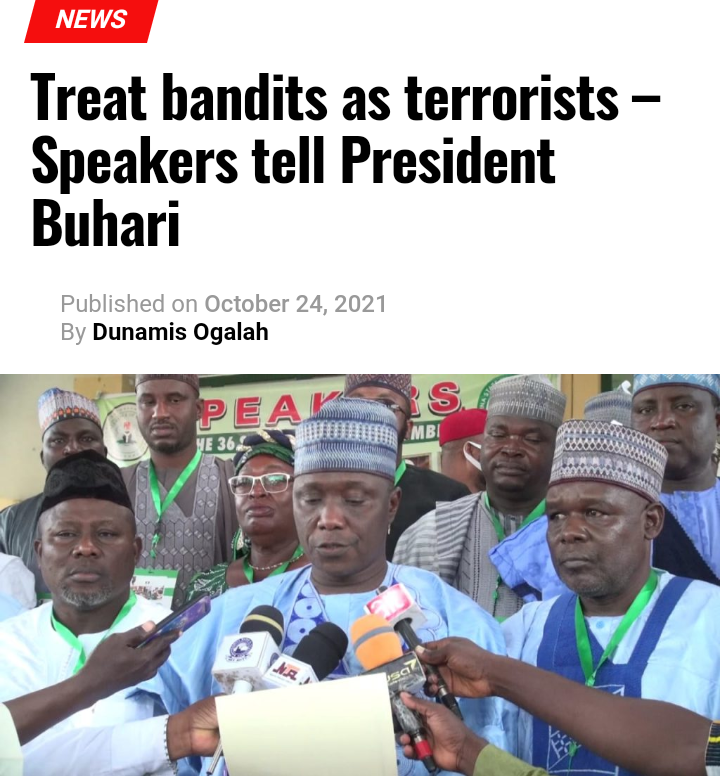 The Conference of Speakers in Nigeria has called on President Muhammadu Buhari to declare bandits terrorists and enemies of the state.

The Chairman of the conference and Speaker, Bauchi House of Assembly, Rt. Hon. Abubakar Suleiman, made the pronouncement at the end of the third quarter general meeting of the Conference of Speakers in Katsina on Saturday.

He said the call was one of the outcomes of their 5-point communique reached at the end of their deliberations.

According to the Speakers’ Chairman, they have come to realise that the mode of operations employed by the bandits is not in anyway different from that of terrorists and as such should be treated as one.

Other resolutions reached in the course of the deliberations included working out a legislative framework to complement federal government efforts in the fight against insecurity in the country. 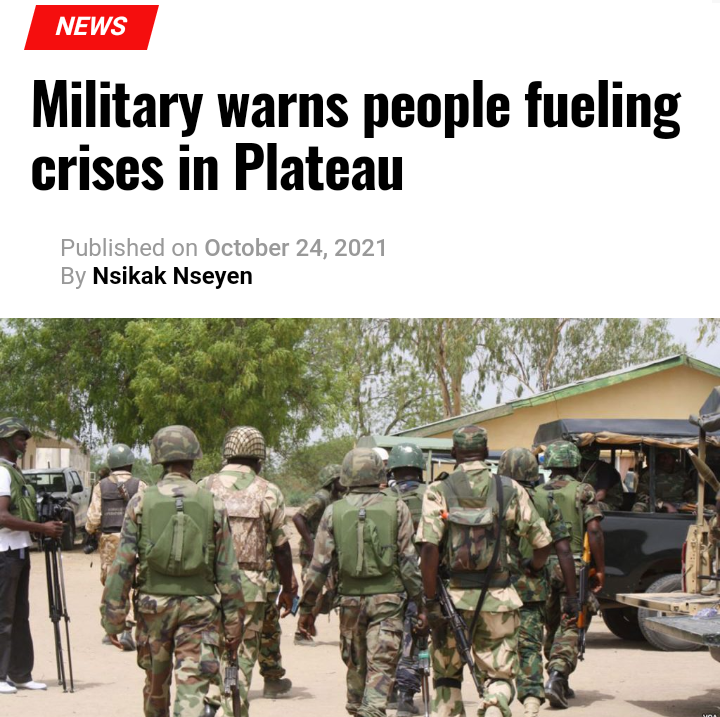 The Special Task Force, Operation Safe Haven that is maintaining peace in Plateau State, has warned those fueling crises in the state to stop or face the consequences.

The commander of the task force, Maj.-Gen. Ibrahim Ali, who spoke while receiving the reports of a special peace committee constituted by the task force said the perpetrators will soon be uncovered.

Ali also warned community leaders who harbour criminals in their communities to desist from the act or face the wrath of the law.

“I want to send a strong warning to crisis merchants and those that allow their communities to be used as hideouts for criminals,” NAN quoted him as saying.

He warned that they will be dealt with decisively irrespective of their positions and status in the society.

Ali, therefore, urged community, traditional, religious leaders in the state to support the task force in achieving peace in all parts of the state. 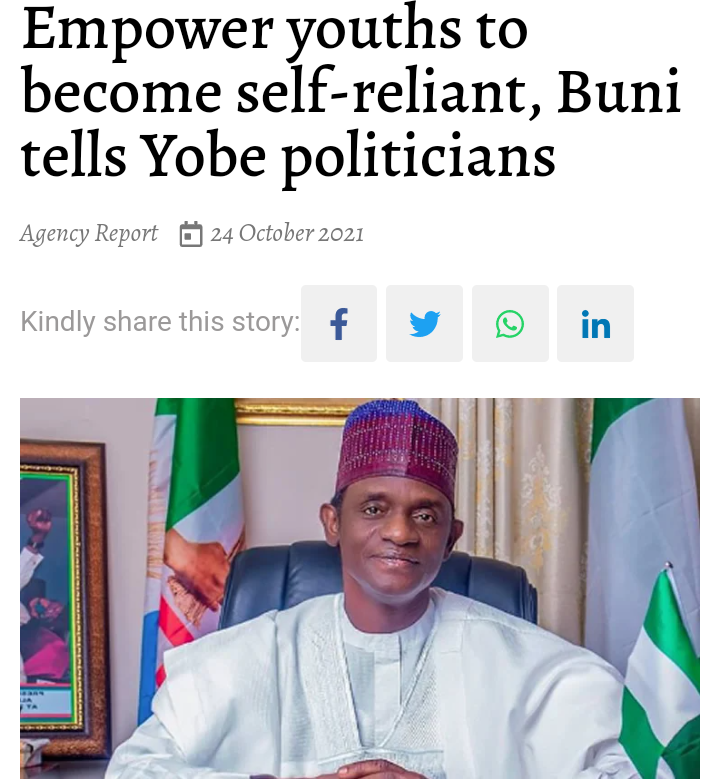 Governor Mai Mala Buni of Yobe charged politicians in the state to empower youths to enable them to become self-reliant.

Buni, in a statement by his Director-General, Press and Media Affairs, Alhaji Mamman Mohammed, in Damaturu, disclosed this when the state’s political stalwarts from Zone B paid him a courtesy visit.

He noted that empowering youths would accelerate economic prosperity and minimize restiveness, the News Agency of Nigeria reports.

“Political stalwarts, elites and appointees must invest in the youths through economic empowerment, and offering scholarships to those from indigent families, to give them a future and to take them away from social vices,” he said.

The governor expressed satisfaction with the growing unity in Zone B, saying, “We must do away with primordial sentiments, such as ethnic differences for us to grow and develop. I am happy with the sense of unity growing in the zone,” he said.

According to him, Yobe was having its fair share of federal appointments, under the President, Major General Muhammadu Buhari (retd.) regime.

“We now have the President of the Senate, the Inspector General of Police, Minister of Power, two justices of the Supreme Court, two Courts of Appeal justices and a host of others.

“With the Minister of Power coming from our state, this will help in our recovery plan to reconnect communities destroyed by Boko Haram to the national grid,” he said.