Ondo 2020: One Major Thing APC Should Expect from Ondo People Over Akeredolu's Visit to Tinubu

Ondo State governor, Rotimi Akeredolu is on the march to track up the realization of his second term dream in the Alagbaka government house come October 2020. However, the legal practitioner turned politician appears to have just played a dangerous card.

Aketi who recently defeated about eleven gubernatorial aspirants jostling to pick the ticket of the All Progressive Congress for the forthcoming election in the state, has started mapping out strategies that will bolster his chances of securing victory at the Guber poll.

As part of efforts to spread his tentacle across the state was his choice of running mate, Lucky Ayedatiwa from Ilaje Ese-Odo in the southern senatorial zone of the state. 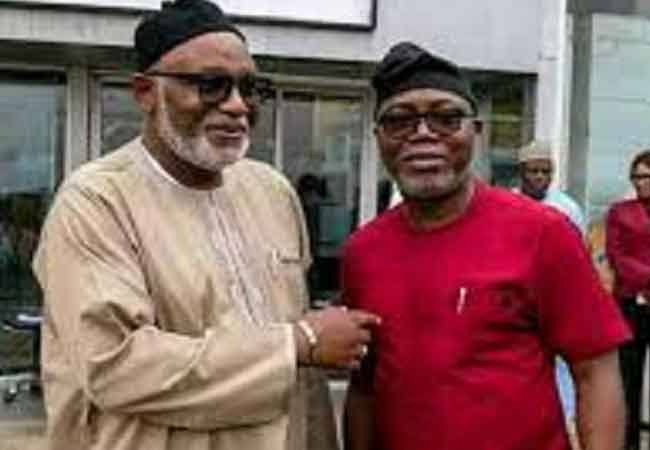 Ayedatiwa who was ratified by the party leaders for the job and confirmed by INEC on Saturday was primarily chosen to pull his political weight in the region that will translate to electoral success for APC.

But the latest move by the governor may likely result in a political solmmersult considering the nature and sensitivity of the people of Ondo state.

The governor alongside his running mate, Ayedatiwa had arlier on Friday visited the national leader of the party, Asiwaju Bola Hamed Tinubu at his Burdillion home, Lagos. He was so said to have visited the Governor of Lagos State, Babajide Sanwo-Olu.

According to a source within the government, Akeredolu had visited the former and present Lagos governor to officially present his new deputy to them. 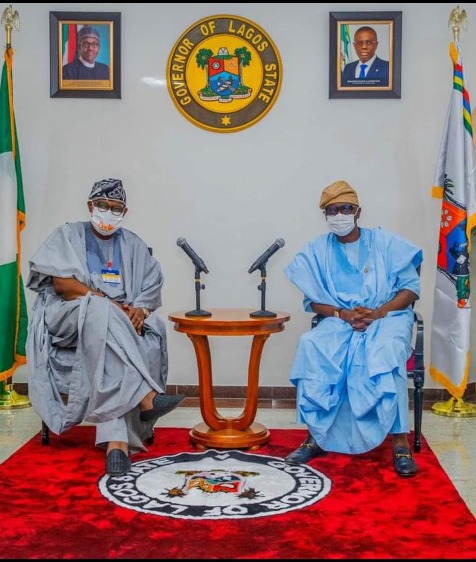 But beyond the presentation, the visit was orchestrated to seek Tinubu's support for the Governorship election scheduled for October 20.

With all sense of modesty, it is absolutely normal and reasonable for a governorship candidate of a political party to visit a significant national leader like Tinubu but holding him in high esteem above the real electorates is an insult to the sensibility of the people.

Love or hate him, Tinubu is a major force in the contemporary Nigeria Politics and unarguably the most influential Politician in the south west. Even his arch political enemies sometimes acknowledge his giant strides and leadership prowess. But there is need to pause and ponder on certain scenarios regarding Ondo election. 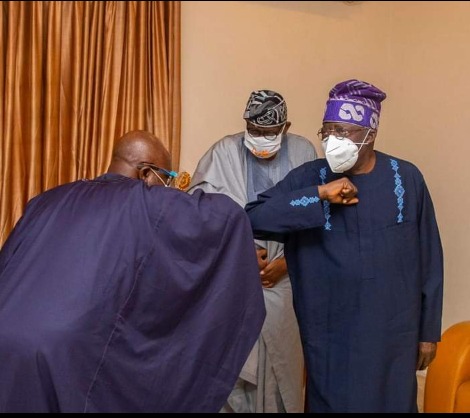 Unlike other state where a political godfather can come from anywhere and dictate the space, any Politician who tries it in Ondo State is obviously on a political suicide mission. External blessing has always been a curse as far as Ondo politics is concerned.

It is a known fact that the land is blessed with array of heavyweight personalities and political juggernauts who have the broad shoulders to lift the state to the next level. Seeking an external annointing to ascend the throne of leadership in the state will no doubt spell a doom and amount to a crass violation of the republican principle of the people that will be resisted at the poll.

Considering the past occurrences, experience has been the worst teacher in the politics of the state. Those who mistakenly followed this step of governor Akeredolu ended up licking their wounds. Even the governor was once a victim of the endorsement bogie of the APC leader. 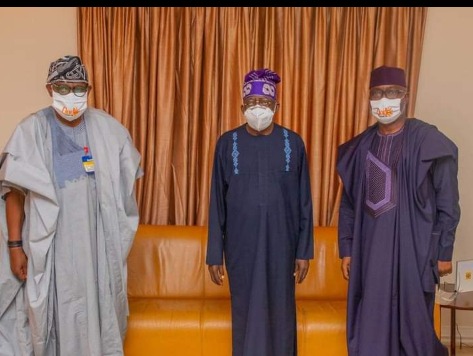 He was imposed by the same Tinubu in 2012 on the likes of other competent aspirants like Dr. Olu Agunloye and rest. The development led to an unprecedented implosion in the party. Those who managed to stay only waited to perfect their underground work which eventually dealt a final blow to the then ACN candidate.

In 2016, Chief Segun Abraham suffered a monumental defeat at the APC primary due to Tinubu's factor. He was massively backed by the national leader which consequently triggered the anger of the delegates who voted against him.

Olusola Oke would have pulled a better string as AD candidate in 2016 election if he was not promoted and supported by Tinubu. He came far behind Eyitayo Jegede who was never privileged to campaign like other candidates due to litigation that was stage-managed by Jimoh Ibrahim to distract him.

Indeed, experience has been the worst teacher in the politics of Ondo State and the high time Akeredolu learn this lesson, the better for him. Already, he had been on the right track to return to government house in February 2021 having secured an overwhelming votes at the primary and was generally accepted by his co-contestants. But this inglorious romance with Tinubu is likely to make his Journey more rough and bumpy. 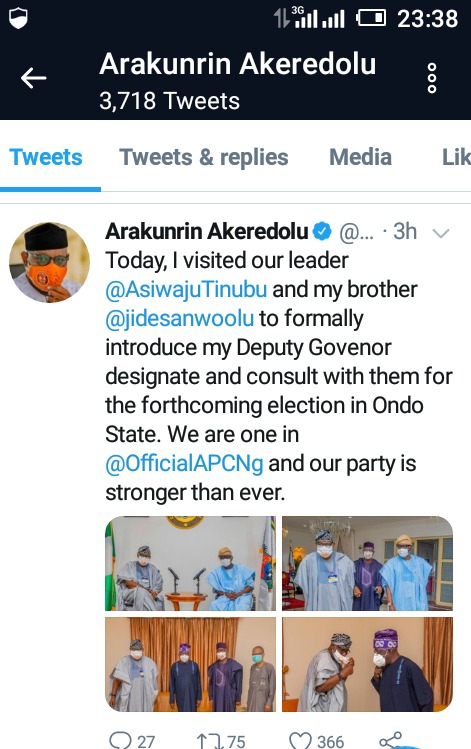 The people of Ondo State may tolerate anything from anybody but they will never allow their rights to be trampled upon. The factor that makes it works in other states wont make it work in Ondo due to the political sophistication and sensibility of the people.

If this visit continues between Akeredolu and Tinubu in the name of forthcoming election, APC should expect nothing but a fatal disappointment in the October poll. 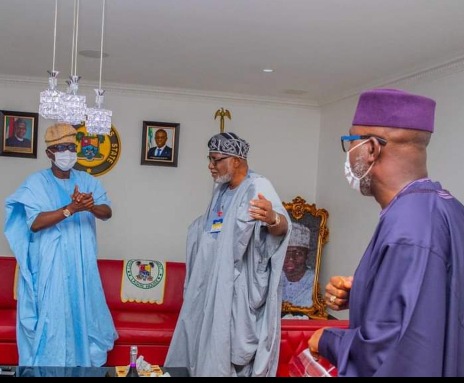 APC Babajide Sanwo-Olu INEC Lucky Ayedatiwa Ondo State Rotimi Akeredolu
The views expressed in this article are the writer's, they do not reflect the views of Opera News. Please report any fake news or defamatory statements to operanews-external(at)opera.com 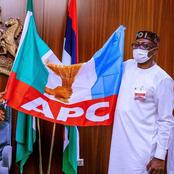 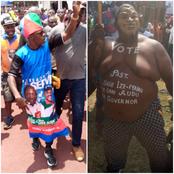 Edo 2020: Difference Between Obaseki's Visit To Oba of Benin Palace and That Of Pastor Ize-Iyamu 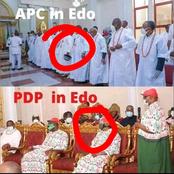 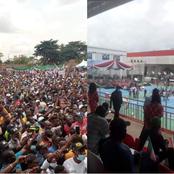 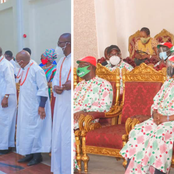 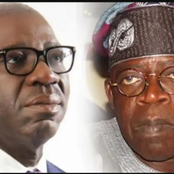 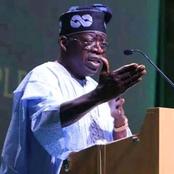 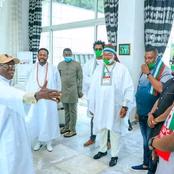 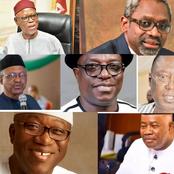 See Photos Of Crowd At APC Flag Off Campaign As Oshiomhole, El Rufai And Other Dignitaries Attended 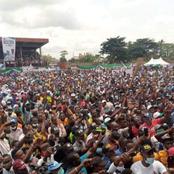