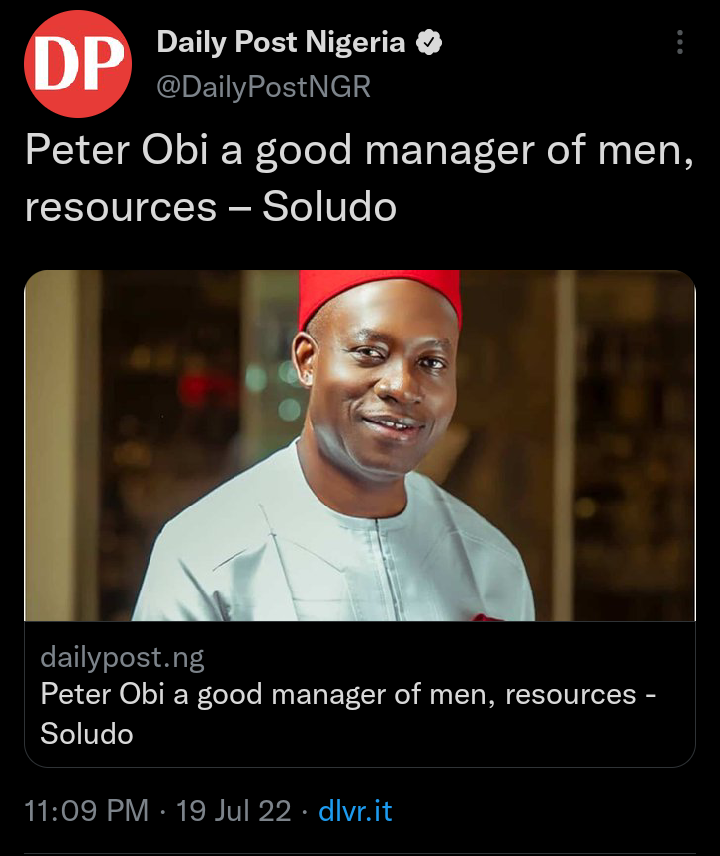 The governor said this was evident during Obi’s two-term tenure as Anambra chief executive.Obi is a good manager of men and resources who gave his best in service to Anambra during his time in office. 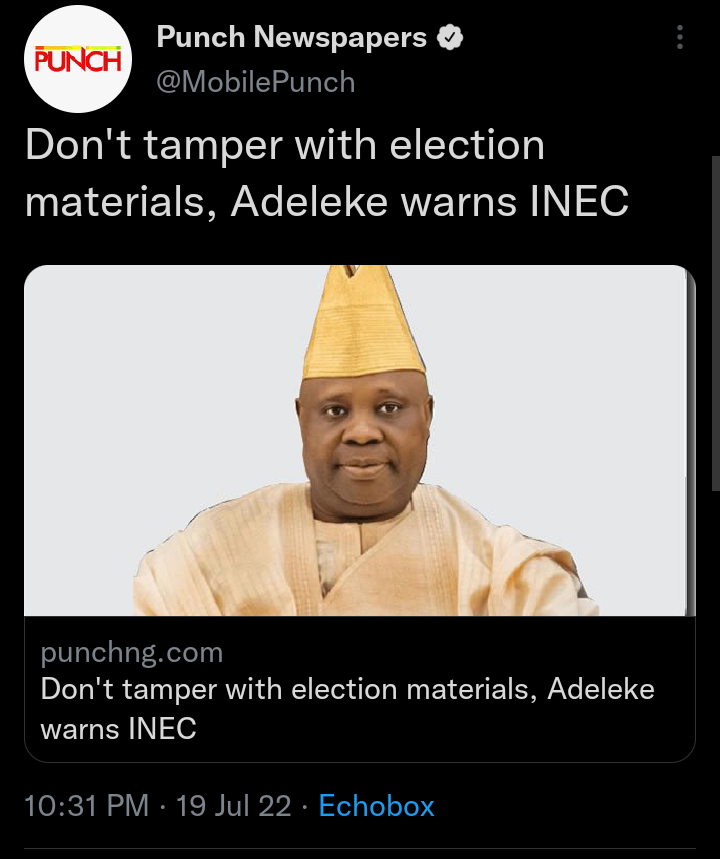 The Osun State Governor-Elect, Senator Ademola Adeleke has warned the Independent National Electoral Commission against tampering with the materials used for the July 16 Osun State governorship poll in a bid to favour the All Progressives Congress.

Adeleke, in a release signed by the chairman of his Media Management Team, Prince Diran Odeyemi, alleged that there were insinuations that the leadership of the APC was working on INEC to tamper with some electoral materials that would be used against his victory at the Election Petition Tribunal. 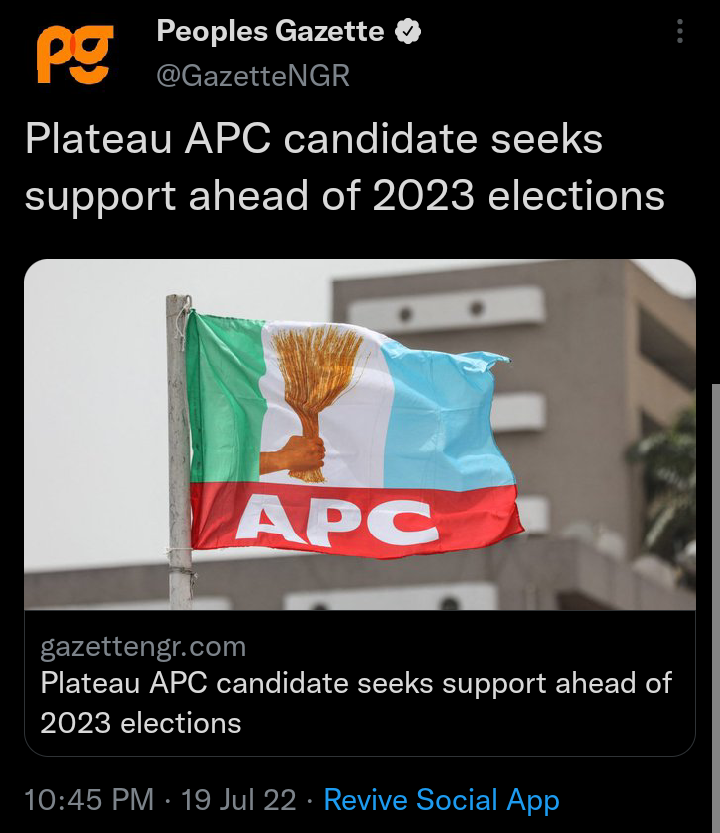 The deputy governorship candidate of the All Progressives Congress (APC) and Commissioner for Works in Plateau, Pam Bot-Mang, has solicited the support of youths to move the state to greater heights in 2023

Mr Bot-Mang made the appeal on Tuesday in Jos while receiving a meritorious award by Independent Publishers Association (IPA), Plateau state chapter.

He urged youths to join hands with the party towards achieving victory in the polls as it had realistic and youth oriented programmes to improve the standard of living for citizens.

It Won't Take Two Days To Resolve This Problem - Osodeke 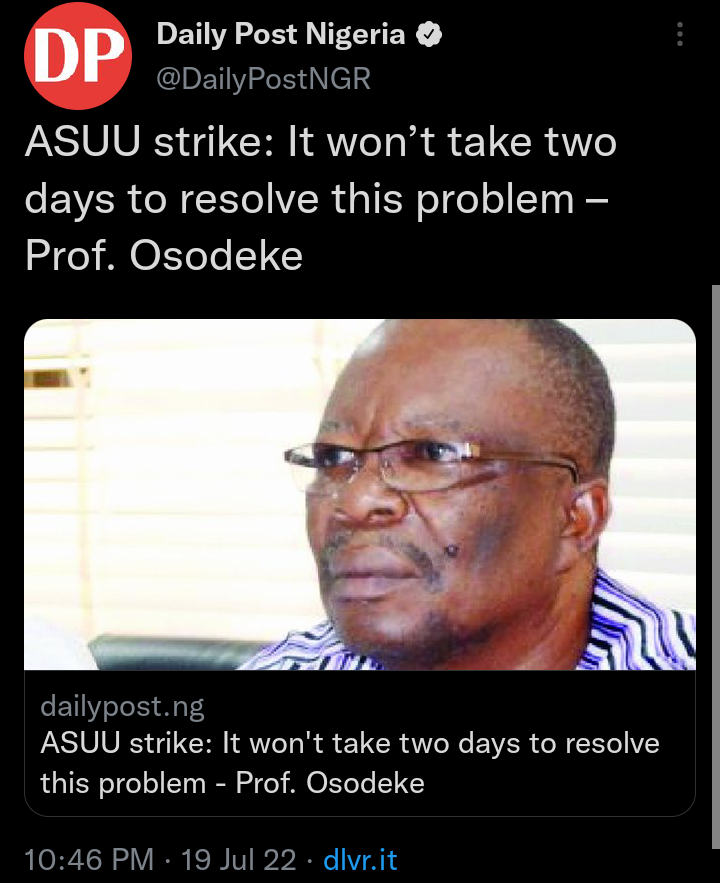 The president of the Academic Staff Union of Universities (ASUU), Prof. Emmanuel Osodeke, has claimed it will not take two days to resolve the current strike.

ASUU embarked on the current industrial action on February 14, 2022.

Ever since then, public universities have been shut down, the lecturers continued to press for their demands to be met. 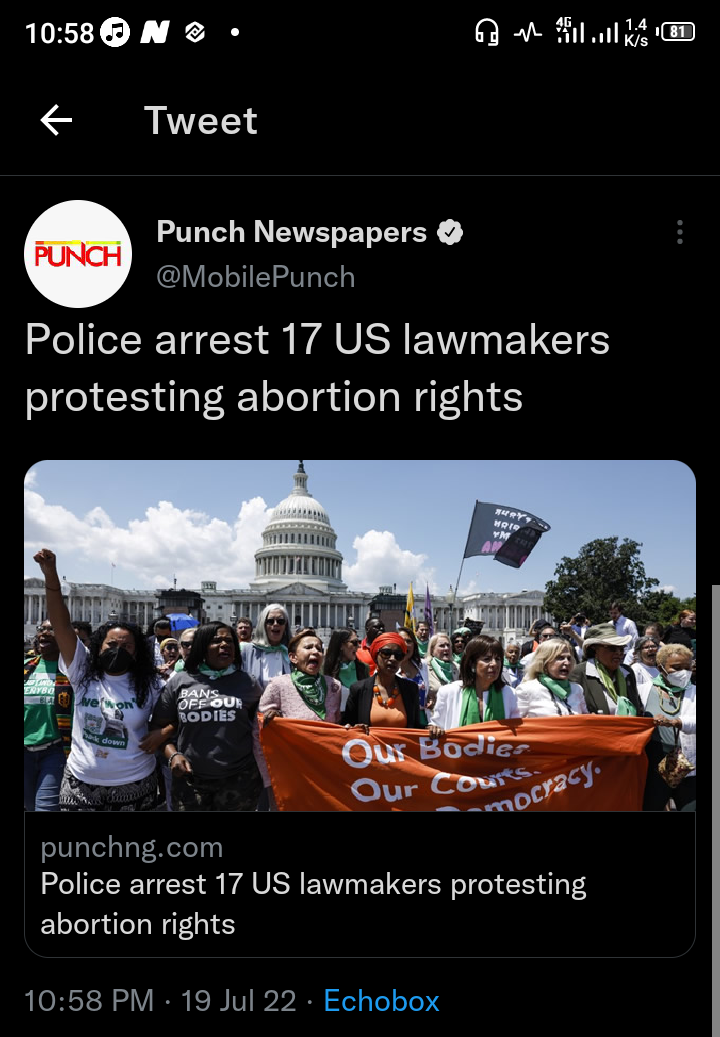 At least 17 Democratic lawmakers, including prominent progressives Alexandria Ocasio-Cortez and Ilhan Omar, were arrested at an abortion rights protest outside the Supreme Court in Washington on Tuesday, police said.

The US Capitol police said on Twitter that the demonstrators had blocked traffic on a nearby road and were been given three warnings before officers made the arrests. 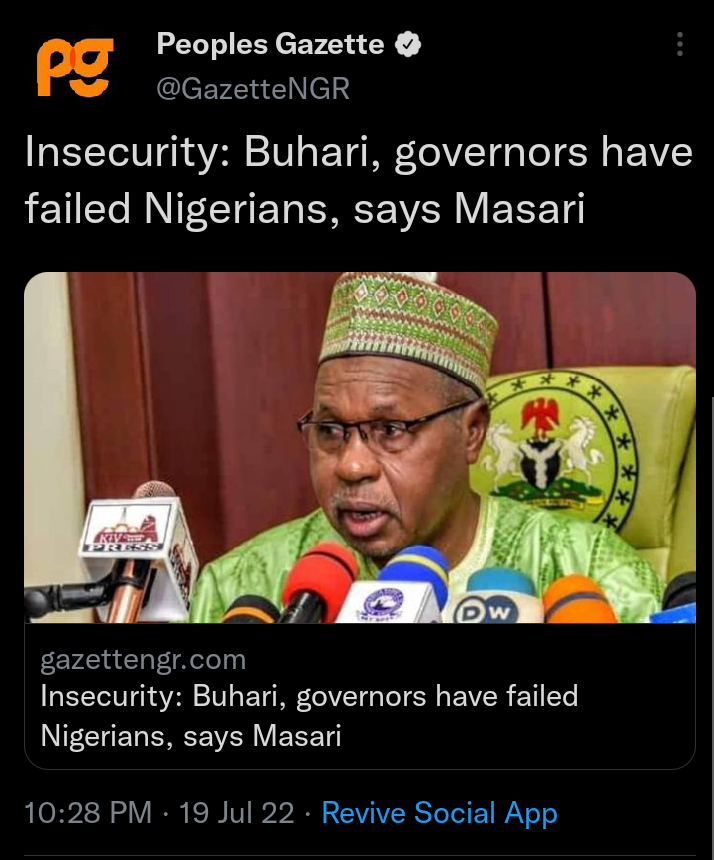 Governor Aminu Masari of Katsina has blamed security and government officials at federal, state and local government levels for failing to protect the citizens.

Security officials and we the government are who the people rely on to protect them, and we have failed in doing so, Mr Masari said.

Mr Masari made this statement in an interview with BBC Hausa on Tuesday. 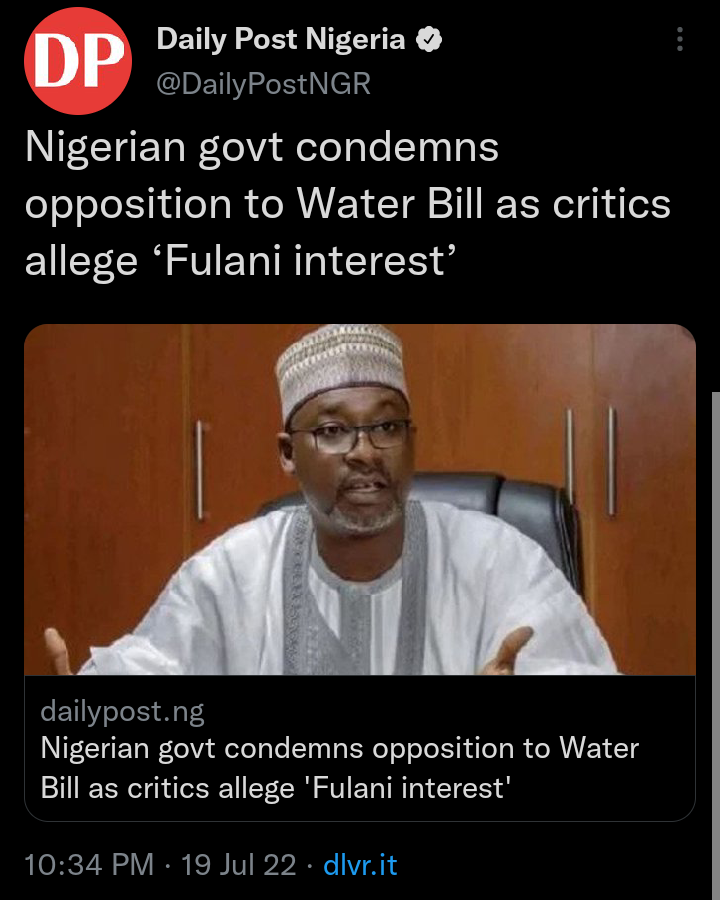 The Federal Government of Nigeria said it will not be deterred by detractors sponsoring false narratives against the passage of the National Water Resources Bill.

Ministry of Water Resources, Suleiman Adamu, condemned opposition to the bill at a news conference in Abuja on Tuesday.

Adamu stated that agitation against the bill would not do the country any good.

Content created and supplied by: Eliasco51 (via Opera News )