By eFactor (self media writer) | 9 months ago

Days after the Northern Governors had kicked against the rotational presidency, the Nigerian governors elected on the platform of the Peoples Democratic Party, PDP has now voted for the zoning of the party chairmanship to the north.

Photo: Governors elected on the PDP platform and 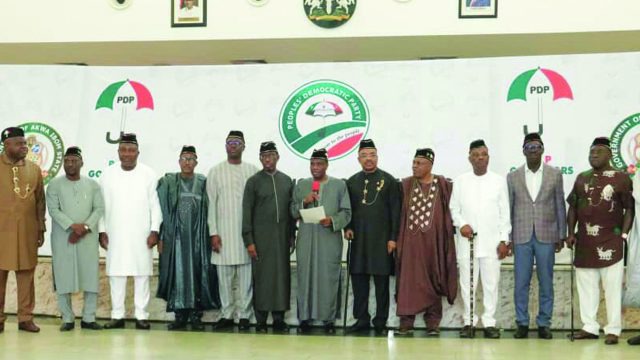 This then suggests that PDP’s presidential candidate for the 2023 election may come from the southern part of the country. The Northern Governors had insisted that the electorates should be allowed to decide, saying calls for the southern presidency are not constitutional under the law.

This was coming contrary to the resolution of the southern counterparts. Recall that in a meeting held in Enugu last week, the governors had asserted that parties should zone the presidency to the south for equity and fairness, and also asked FG to allow the states to collect VAT.

However, the Northern governors' decision came as a rude shock because some of them had before now called for the southern presidency. This has then continued to generate mixed reactions among Nigerians and socio-political groups like Afenifere, Ohanaeze, and others.

In a statement issued by Afenifere, the group had berated the northern governors accusing them of hitting up the polity. Afenifere said the unity and fairness in the country demand that Buhari's successor must come from the South notwithstanding the decrees of the constitution. 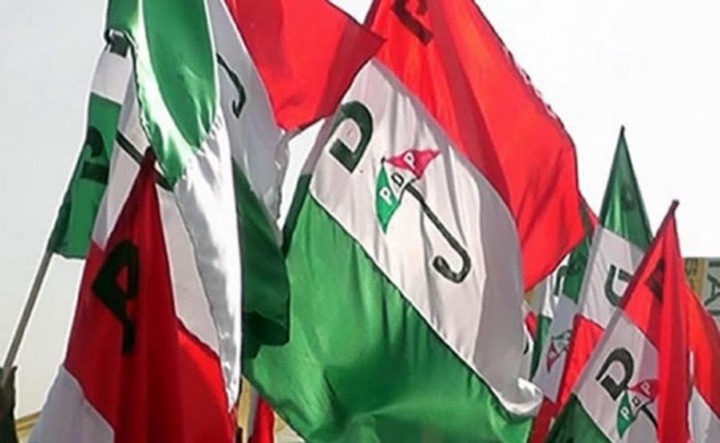 Amidst the controversies, PDP governors on Wednesday at Akwa Ibom governor’s residence in Abuja, deliberated on the internal crisis rocking the party. They then decided on the ongoing national chairmanship tussle in the party.

In the end, they voted in favor of the North to produce Uche Secondus’ successor. This singular act has brought another interesting twist to the perceived zoning issues.

Moreover, the meeting resolved to pass the resolution of the governors to the zoning committee of the national convention, currently scheduled to take place on October 30 and 31 in Abuja.

However, the decision of the PDP governors may not stand at the end of the day because of the following reasons: 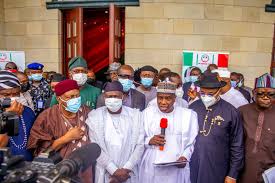 1. Only the committee set up by the NEC can decide on the matter of zoning.

The issue of zoning has been taking into consideration all along. This was why the party's National Executive Council set up a 44-member zoning committee led by the Enugu State Governor, Ifeanyi Ugwuanyi.

The panel has been saddled with the responsibility to deliberate on the zoning issues and come up with an inclusive document that will be fair to all.

It is interesting to state that the committee comprises prominent party members across all the geopolitical zones in the country.

Party is superior to anyone, or group and the committee has not concluded its assignment on zoning arrangement. Therefore, some governors cannot decide where the chairmanship should come from.

2. The voting is not fair enough because the North is at a disadvantage.

The North is at a disadvantage in the sense that more PDP governors are in the South. This of course would have affected the voting of the governors.

The PDP southern caucus knew that if the chairmanship goes to the north, it is the south that would produce the party's presidential candidate. For this reason, the forum that was presided by Tambuwal does not represent the interest of the party.

However, if truly they are committed to the ideals and loyalty of their party, they should have allowed the zoning committee to finish its assignment? To me, the decision of the governors is a mere academic exercise.