By Toptrendsmedia (self media writer) | 22 days ago 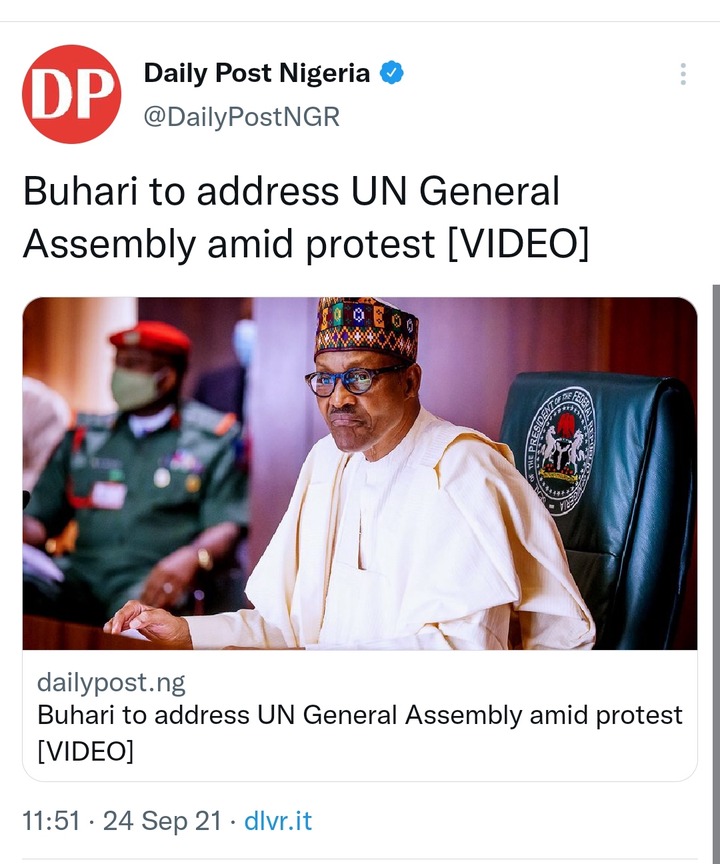 President Muhammadu Buhari is set to address the 76th Session of the high-level General Debate of the UN General Assembly at the UN headquarters in New York on Friday.

However, in a four-minute video that emerged online, some protesters stormed New York, where the United Nations meeting is ongoing to state their demands.

In the video obtained by Daily Post, one of the protesters, who claimed he was not a Nigerian, was seen carrying a placard with the caption, ‘Nigerian Christians not target of genocide'.

The protesters, clad in a green and white shirt, were also seen with another placard with the caption, ‘stronger together.’

Some of the protesters insisted that they have no idea why they are protesting. 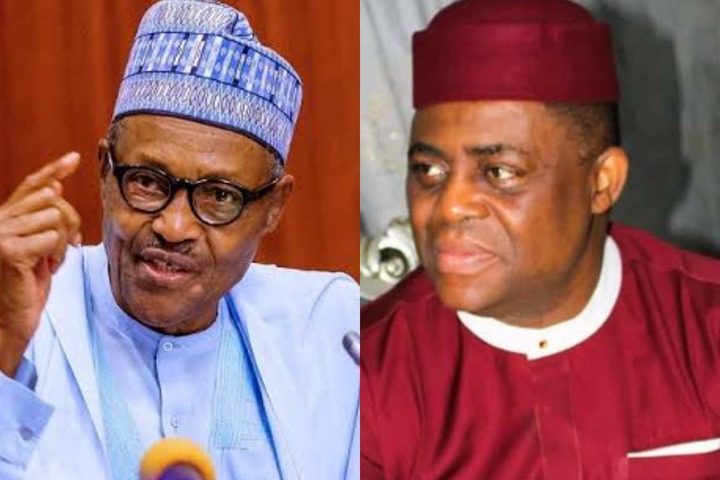 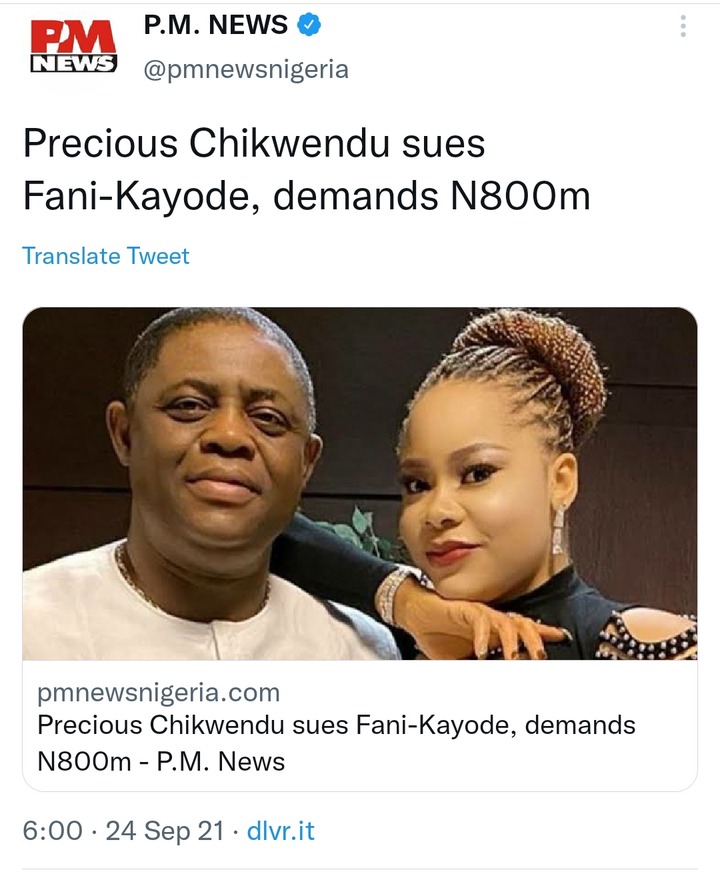 Precious Chikwendu, the estranged wife of the infamous former Minister of Aviation, Femi Fani-Kayode, has approached the Federal High Court in Abuja to seek the enforcement of her fundamental rights.

Precious claimed that she is fearful of her life, alleging that Fani-Kayode had been bragging that he could do anything to her and nothing would happen.

Chikwendu, in a suit filed through her team of lawyers led by Abdul-Aziz Jimoh, listed Inspector-General of Police, the Deputy Inspector General of Police (DIG) Force CID, Commissioner of Police FCT, and the OC Legal (CID) FCT Command, CSP James Idachaba, as respondents in the matter.

President’s Critics Dine With Him - Adesina 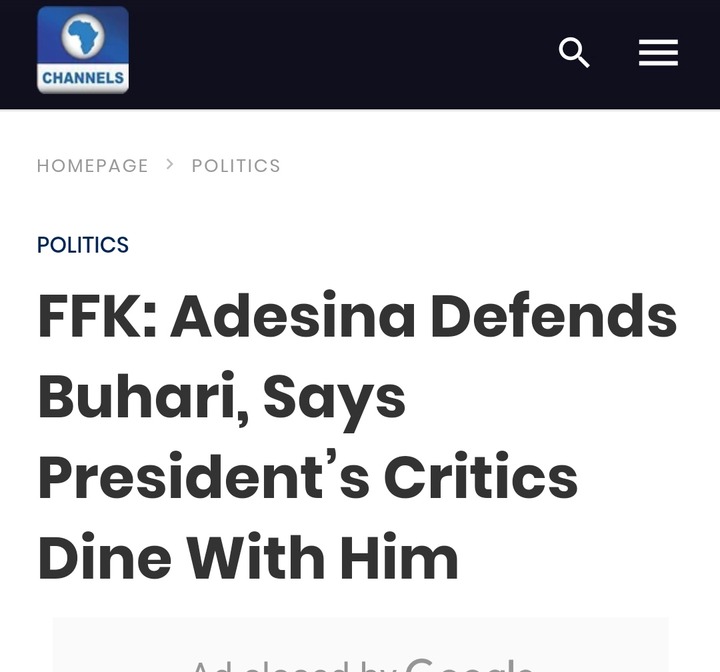 Some of those who have publicly criticised President Muhammadu Buhari in the last six years visit him behind closed doors at the Presidential Villa.

The President’s media adviser, Femi Adesina, made the claim on Thursday in a piece titled ‘Buhari, FFK, and the Quality of Mercy.’

“I have worked with the President for over six years, and I have seen amazing things in terms of accommodation and capacity to forgive,” he said.

“I have visited him at home many times in the evenings, only to find at the dinner table with him people who had been abusing his forefathers on television earlier in the day.” 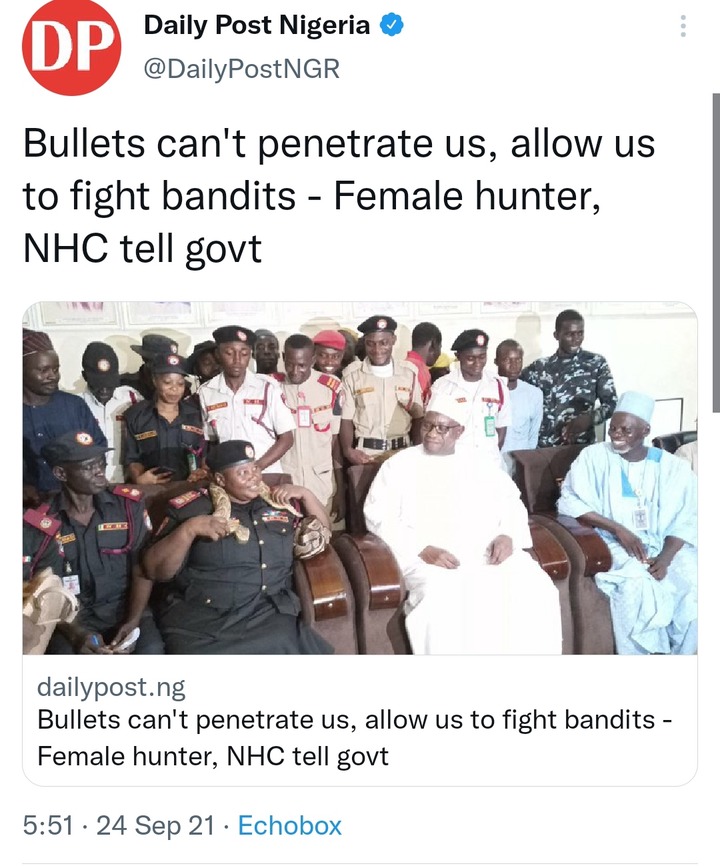 Katsina State Chapter of the Nigeria Hunters Council, NHC, has volunteered to assist the State Government in winning the war against banditry in the State.

Hajiya Ummah Dauda, the Assistant Commandant General (ACG), made the pledge on Thursday, when she led other members of the association on a courtesy call to the office of the Secretary to the State Government, SSG, Mustapha Muhammad Inuwa.

While unveiling their mission to the office of the SSG, ACG Ummah revealed that they are members of the group of warriors who hunt and know the forest and they are ready to sacrifice their lives for the cause.