Check Out What Make The Dinka Tribe A Peculiar People

By NOBLEMANPEN (self media writer) | 1 year ago

The Dinka tribe is an ethnic group; being a native of South Sudan.The occupation of the Dinka people, is majorly based on traditional agriculture and pastoralism. This means that they rely mostly on cattle husbandry as a form of cultural pride, not as a source of commercial profit or meat, but just to perform cultural events, rituals, marriage dowries and milk feedings for everyone. 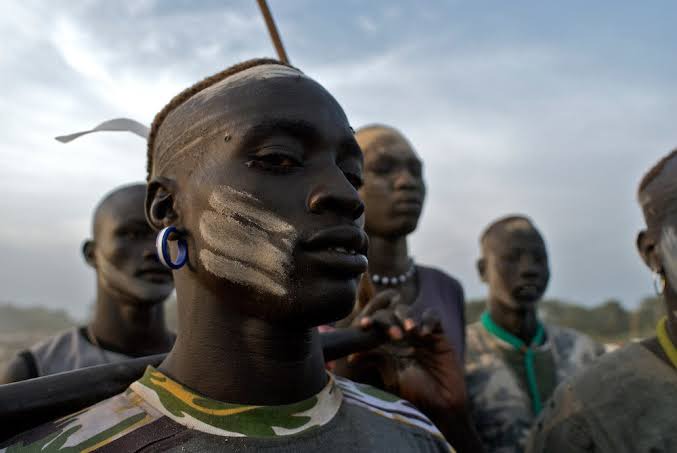 They cultivate food crops and cash crops. The food crops are grains, majorly sorghum and millet. The cash crops are groundnuts, and sesame . Their cattles are restricted to the riversides, the Sudd and grass areas during the dry season, but are taken to high grounds in order to avoid floods and water during the rainy season; that when the rain begins to fall.

The pastoral lifestyle of the people of Dinka, also shows in their religious beliefs and practices. Such that, most of them worship one god, called "Nhialic", who speaks through spirits that take temporary possession of individual persons, so as to speak through them.

Furthermore, they also sacrifice oxen, the "masters of the fishing spear" is a central component of Dinka religious practice.

Age is very important feature within the Dinka culture. The young men would be inducted into adulthood; this is more like an initiation ceremoney, where the forehead would be marked with sharp objects.

When this ceremony is going on, they would be individually be given a second cow-colour name. 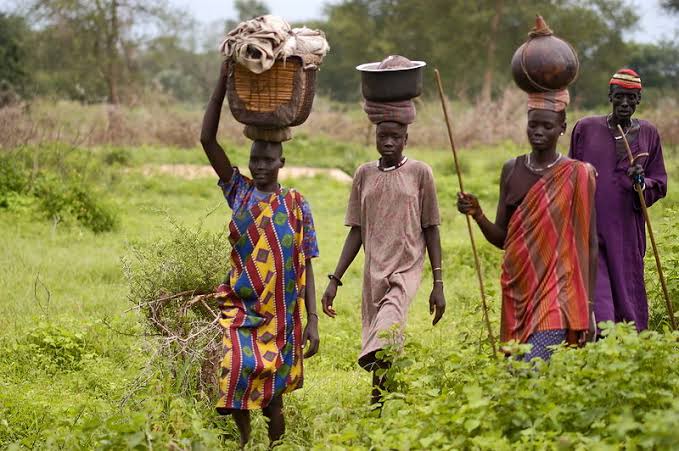 By this, the Dinka tribe believe they got their religious power from nature and the world around them, rather than from a religious view.

However, But how the Dinka tribe is regarded as one of the tallest in the world.

The reason behind this height is still a very much unknown to us.

It would also interest you to know that the men carved on their foreheads, the manhood mark.

As for the adolescents, the boys would be given a form of "V" shape mark on their foreheads; this signifies that the teens are about changing to full adults.

The Men of the Dinka tribe in South Sudan usually go around with a scar, on their faces. These scares would be accompanied by three parallel lines across the forehead, in order to show bravery. 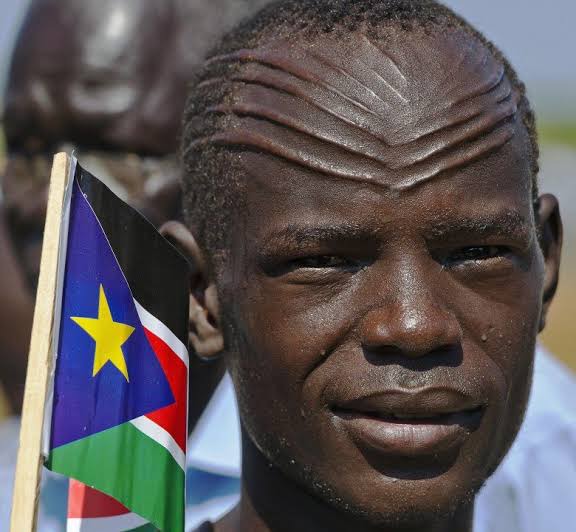 Below are the unique attributes of this beautiful tribe.

1. The Dinka tribe can speak in five different dialects, which are:- Ngok, Rek, Agaar, Twi East and Bork.

3. The Dinka tribe loves their cattle so much, because it serves as a form of livelihood for them.

Also, cattles are used as sacrifices for their gods too. 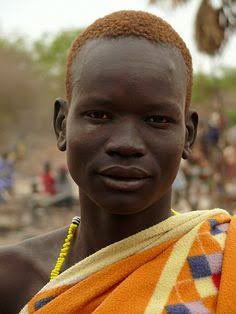 4. The Dinka tribe normally sleep on their hand-made mats; they also make pots, beads and all sorts of baskets.

5. Generally, their men do not cook, and the newly initiated adult males do not milk cows at all.

These tasks have been properly divided between the husbands and wives. The wives would be left to take adequate care of the home front. 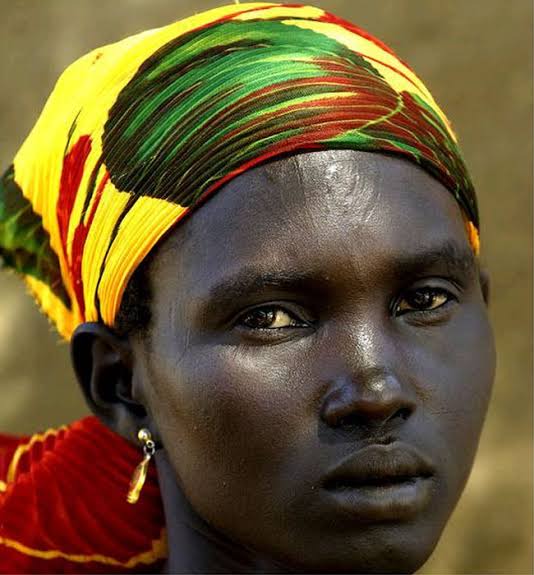 In conclusion, the Dinka tribe are a very perculiar people, and they are very beautiful and friendly. You might want to learn more about their total way of live. Thank you.

Content created and supplied by: NOBLEMANPEN (via Opera News )