By Superfluousnews (self media writer) | 2 years ago 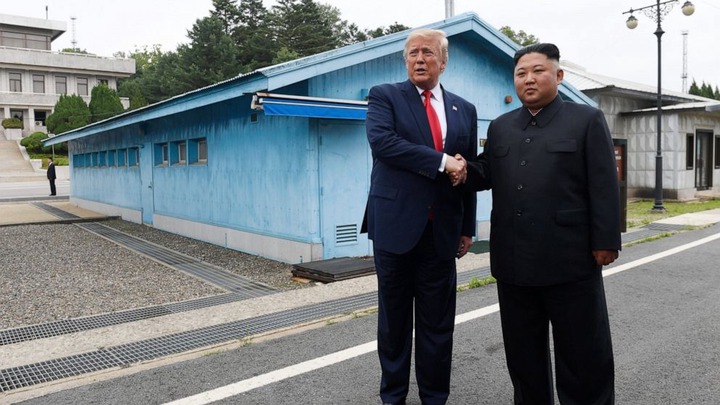 The attention of the whole world was focused on the historic visit of President Donald Trump of the United States of America to the demilitarized zone on Sunday, June 30 2019. Trump's visit was at the invitation of the Korean leader. Though the invitation was impromptu, yet Trump accepted it. No wonder the North Korean leader described Trump's acceptance as a courageous and determined act.

President Trump about to cross the border line

Trump was determined to break the circle of enmity between the East and the West. Prior to that visit, no American president has ever stepped foot into the soil of North Korea. It will be recalled that on that faithful day, there was frenzy everywhere. This is because world war was imminent if anything goes wrong.

But to the delight of people world wide, Trump stepped up and crossed the border line where he shook hands with his North Korean counterpart. Both leaders spoke for a while before going to the freedom house nearby for a bilateral meeting. This meeting lasted for about 40 minutes. Also in attendance at the meeting was the South Korean president, Moon Jae-in. 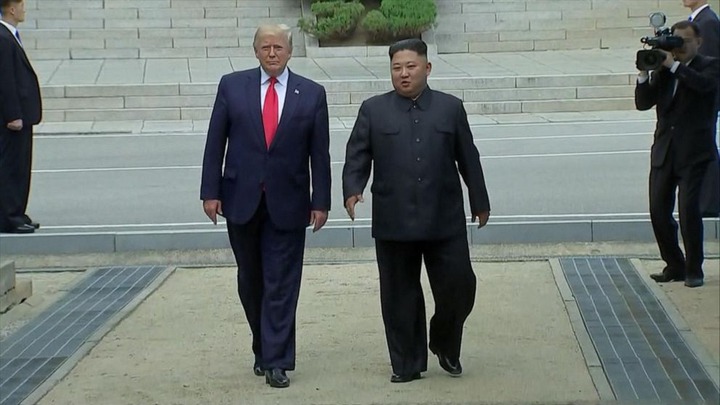 Both presidents going for a meeting at the Freedom House

After the meeting meeting, president Trump declared that the meeting was great and legendary. He said they have agreed to formulate teams to restart active negotiations for a comprehensive agreement.

On his side, Chairman Kim said they had a very, very good meeting. He stressed the fact that both leaders have agreed to designate a team that will carry out a comprehensive good deal. Chairman Kim, president Trump and Moon coming out after the meeting

A year has gone by after that historic meeting of these world leaders. Although not much has been heard or said about the intended cooperation; we believe the relative peace in the Korean peninsula can be attributed to that bold and eventful visit. We hope President Trump will continue with the Peace talks with North Korea and China to reduce tension in the world.

We wish President Trump success at the November polls so that the historic visit will not be in vain.

Drop your comments for a better world. Follow us for more insightful articles. You can reach SuperfluousNews through email: [email protected]

Content created and supplied by: Superfluousnews (via Opera News )