Nigeria better as one, says Osinbajo 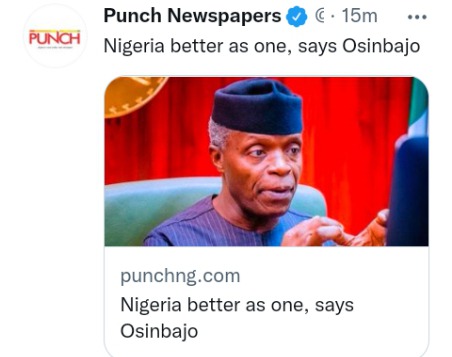 Vice President Yemi Osinbajo has said that Yoruba, Igbo and the North are not better off on their own.

This is as he said that Nigeria is better off as one nation, adding that “this is why we are strong and we can face the world.”

Osinbajo stated this on Saturday during an interactive session with top officials of Nigeria’s High Commission in the United Kingdom, held at the Abuja House residence of the High Commissioner in London.

Senior Special Assistant to the Vice President on Media and Publicity, Laolu Akande, revealed this on Sunday in a statement titled, ‘United as one people, Nigeria will overcome present challenges, says Osinbajo.’ 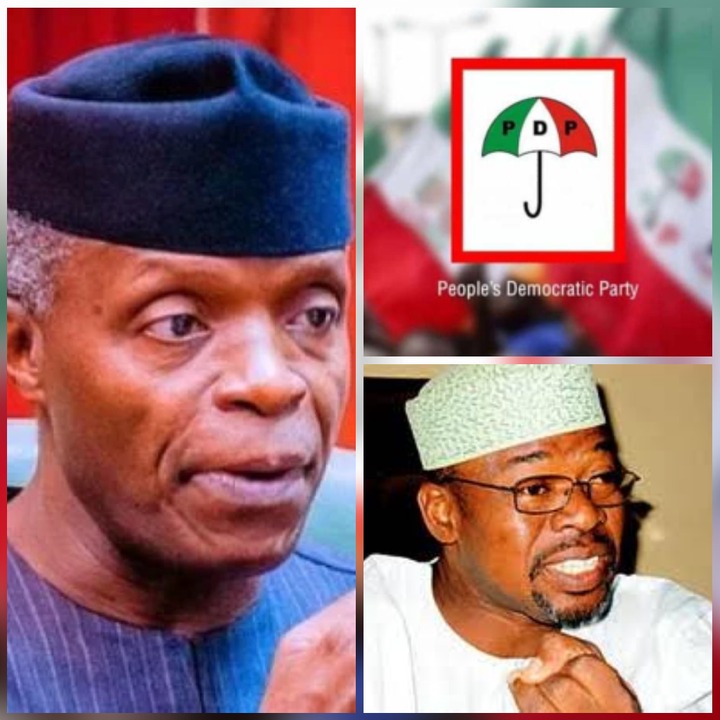 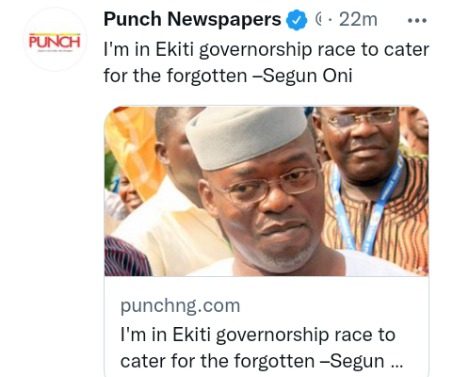 The former Governor of Ekiti State, Chief Segun Oni, on Monday said he was in the state governorship race to work with all stakeholders and cater for the forgotten.

Oni stated this while speaking at the PDP National Secretariat during the submission of his nomination and expression of interest forms for the Ekiti State governorship election scheduled for June 18, 2022.

Oni described the state governorship as a “known terrain” in which his former administration removed by the court made its mark and treated all and sundry with dignity, respect and honour. 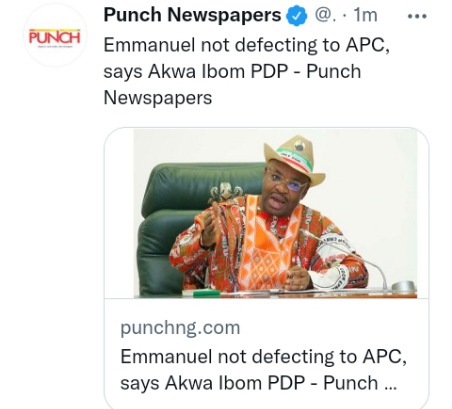 Akwa Ibom State chapter of the Peoples Democratic party on Monday debunked allegations of Governor Udom Emmanuel’s planned defection to the All Progressive Congress, saying people are using it to draw attention to themselves.

The Senior Special Assistant to the President, Major Gen. Muhammadu Buhari (retd) on Niger Delta Affairs, Senator Ita Enang had, while speaking on Talk-Radio show of the Inspiration FM, Uyo, claimed that the governor was making subtle moves to join the APC.

Enang, who cited the governor’s recent romance with APC stakeholders, including the Vice President Yemi Osinbajo and Senate President, Dr. Ahmed Lawan who were in the state for projects inauguration, concluded that ‘ Udom Emmanuel is now a member of the APC.’

Operatives of the Benin Zonal Command of the Economic and Financial Crimes Commission, EFCC, on Sunday arrested 11 suspected internet fraudsters in Benin.

The commission, in a statement issued by its spokesman, Wilson Uwujaren on Monday said the suspects were arrested in separate locations in the City based on actionable intelligence on their alleged involvement in cybercrime. 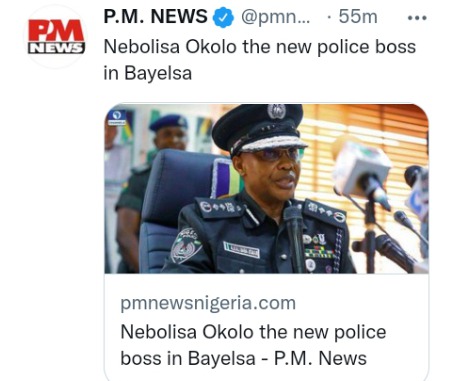 Ben Nebolisa Okolo is the new commissioner of police in to Bayelsa State, the Inspector general of police, Usman Alkali Baba has announced.

Okolo takes over from Echeng E. Echeng, who has been posted to Anambra State Police Command.

Okolo, who is a fellow of the National Defence College, hails from Onitsha in Anambra State.

He holds a Bachelor of Science (Hons) in Political Science from the University of Nigeria Nsukka.