Donald Trump Has A Parallel Figure In The Bible. Who Is He? (Opinion)

By GoldWriter (self media writer) | 2 years ago

Donald Trump did something that no other president of America had done, and which is similar to what someone did in the Bible. 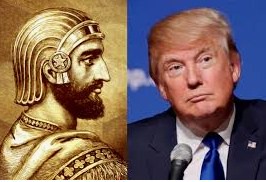 Without any doubt, Donald Trump will do down in history as the most controversial president America has ever had.

Right from the time he was nominated as the representative of his party, he left no one in doubt about the kind of person he is, and how his administration will likely be.

Only very few people believed he had any chance by the time the election was to take place in 2016, as majority of people all over the world believed that his main opponent, Hillary Clinton will win the election.

The rest is history, as Donald Trump in a twist of events that can only be attributed to divine intervention went to win the election, to the shock and surprise of everybody, not to talk of the anger felt by his opponents and their supporters.

One thing that has made Donald Trump to stand out is his support for the Christians, not only in America but all over the world.

He boldly condemns killings and persecutions of Christians and do everything within his power to help them.

Many people don't like him; even in his own country, but Donald Trump do not care.

He has refused to change or compromise his attitude, even in the face of the forthcoming election which will take place in November.

Many have argued that Donald Trump is not a true Christian, and they have come up with all sorts of allegations of wrongdoings from his younger age days to the time he became the president of America, and they concluded, he could not have been called of God as some have claimed.

Whether Donald Trump had been called of God or not is not the issue here.

He did something that no other president of America had done, and which is similar to what someone did in the Bible.

Donald was the first American president to recognize Jerusalem as the capital of Israel, and to actually move the embassy of America there.

That may seem like an insignificant task, but those who are conversant with history will understand that this task alone has placed Donald Trump in a class no other US president has been able to attain, no matter their remarkable records. 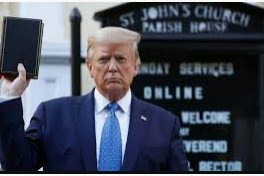 Who Is The Parallel Figure In The Bible?

A very interesting twist to this event is that something similar to that happened in the Bible to the same people of Israel living at that time.

It was during my reign of Cyrus who was the king of Persia the most powerful nation at that time.

Israel had been captured and the people taken to the provinces of Persia at that time, so they were in slavery in the land.

The plunder of Israel resulted into burning of houses and carting away of anything that is if value, so that Israel became totally desolate, even the revered temple of God that was at that time we not spared.

The nation became a shadow of itself, a mere proverb and bywords among the people.

That was the situation when one day Cyrus woke up and said God had spoken to him to restore the people of Israel back to their land, and to support them fully in rebuilding the temple of God there.

He made all necessary provisions for this, and ensured that the temple was completed in record time.

He used his authority to prevent their enemies from harassing them and saw to it that Israel fully resettled where God had planted them. 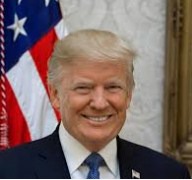 Needless to say, Cyrus was a heathen king, an idol worshipper who does not know God, yet He used him.

Donald Trump, though some say he is not a true Christian is being used by God to change some ungodly policies the past administrations have instituted, and to stop their spread.

Since America is a democratic country, Trump is not finding this easy as he is moving against what the larger society love.

Cyrus succeeded because he was a supreme ruler, unlike Trump who is subject to other parallel authorities of his country.

Donald Trump has set a landmark, and his supporters believe the same divine intervention will work for him to earn him a re-election.

Do you love Trump? What do you think of his administration, and especially his connection with divine appointment?

Content created and supplied by: GoldWriter (via Opera News )