By InsideLifeOnlineReporters (self media writer) | 1 year ago 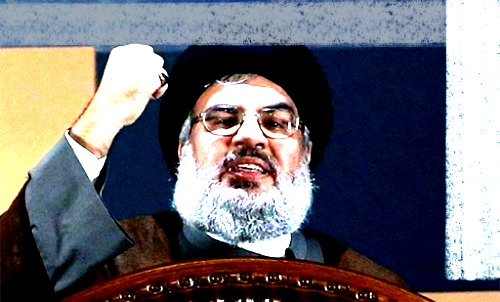 Hassan Nasrallah, the chairman of the pro-Iranian Hezbollah terrorist organization in Lebanon accused the Trump administration of committing two ‘great crimes’ in the Middle East last month, charging the White House with pushing an “Israeli plan” to “eliminate” the Palestinian issue.

Speaking at the Martyrdom and Insight Conference on Sunday which marks the 41st anniversary of the Islamic revolution in Iran, Nasrallah excoriated the Trump administration for the assassination of Iranian general Qassem Soleimani – who led Iran’s Quds Force – last month, as well as the release of the new White House Middle East peace plan, decrying both as being part of an “Israeli plan” to undermine Palestinian and Arab interests in the region.

“The Trump administration has recently committed two crimes, the assassination of martyrs General Suleimani, Hajj Al-Muhandis as well as their companions and the announcement of the ‘deal of the century’.”

“This is not a peace deal, it is Trump’s plan to eradicate the Palestinian cause.”Nasrallah lauded both Lebanese and Palestinian Authority opposition to the Trump peace plan.None of the Palestinian forces may approve Trump’s plan, and this is basic for frustrating the American scheme.”“The Trump administration is the most arrogant, unjust, and corrupt in American history,” Nasrallah added.

The elimination of Soleimani and the release of the US peace plan mark a turning point in the Middle East, the Hezbollah chief argued. “American crimes have ushered in the beginning of a direct confrontation with the ‘resistance forces’ in the Middle East’.

Content created and supplied by: InsideLifeOnlineReporters (via Opera News )