By delightsinfo (self meida writer) | 22 days 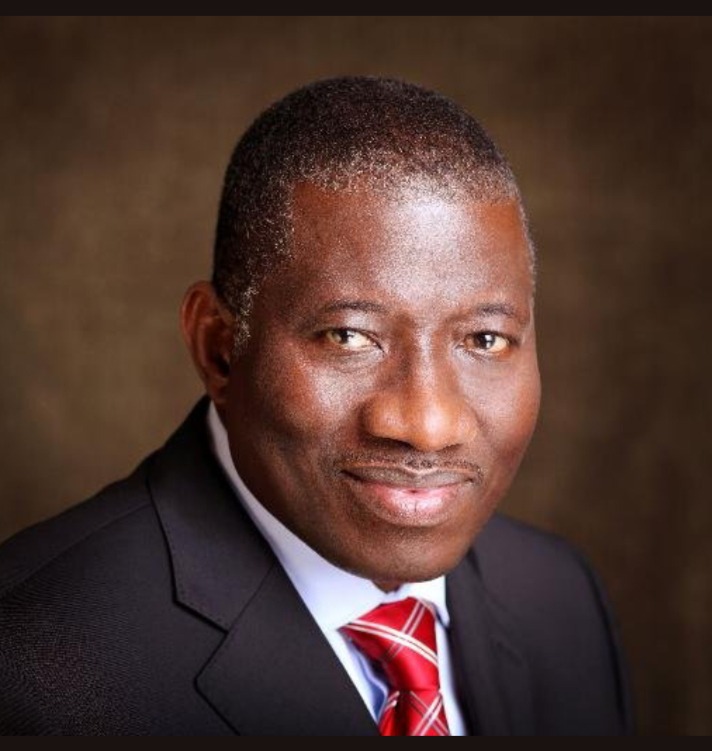 Nigerian former President, Goodluck Ebele Jonathan, was honoured today by a society that visited him. He was so delighted to see the members of this society and honoured for the award he received. Immediately he tweeted about this visit and the award he received, many Nigerians congratulated him and wished he would contest again for the presidency.

Former President Goodluck Jonathan Received A Global Leadership Award Today From members of the Nigerian Environmental Society (NES). He said in his tweet, that he was pleased to have connected with this group which he has been part of for many years. The former President thanked the members of the Nigerian Environmental Society(NES) for the honour he received from them. 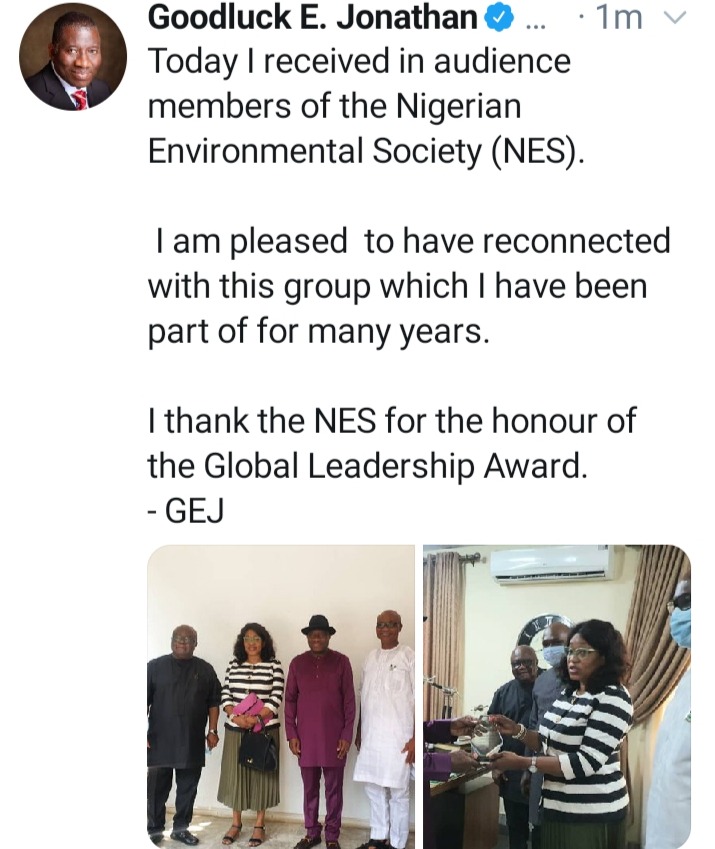 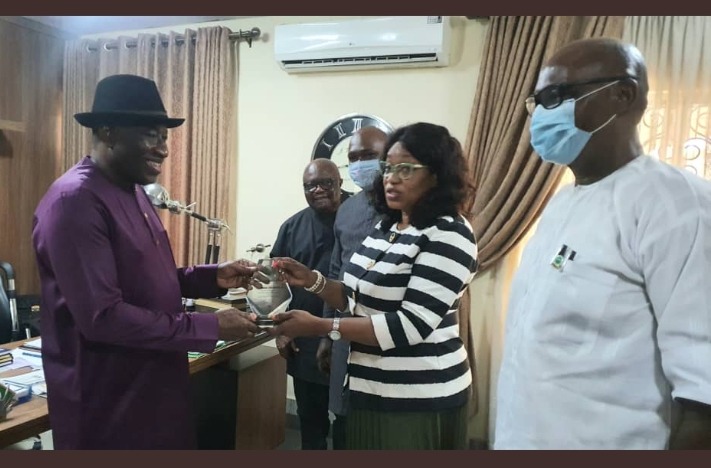 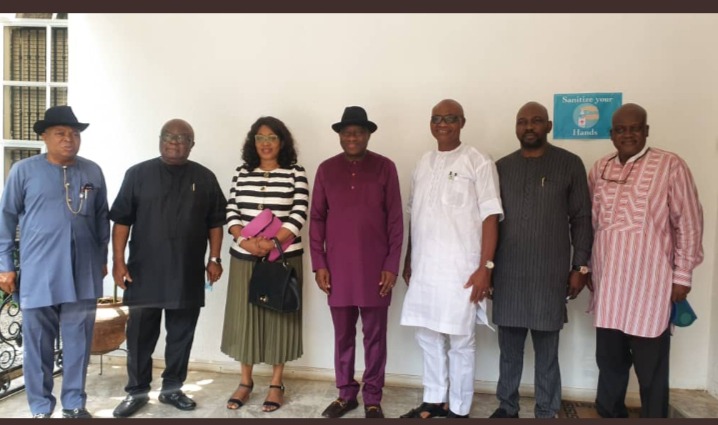 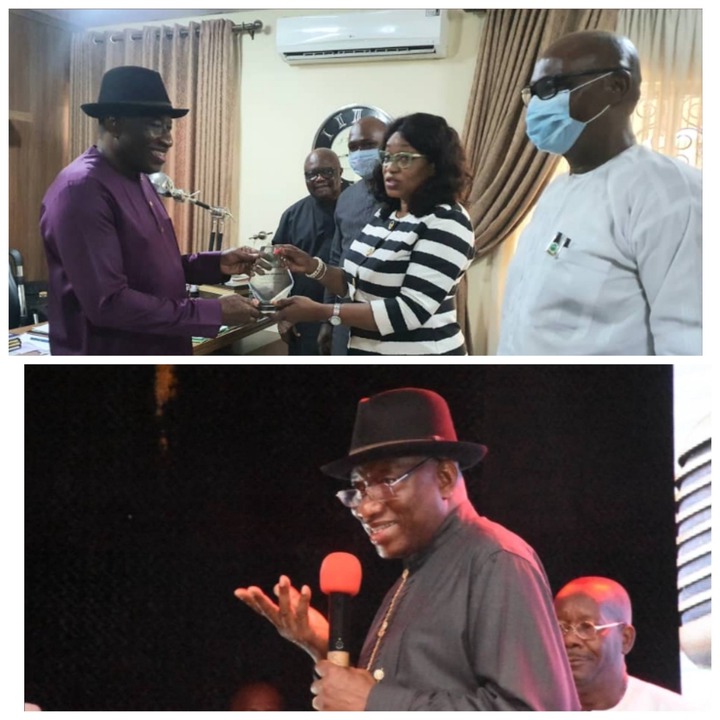 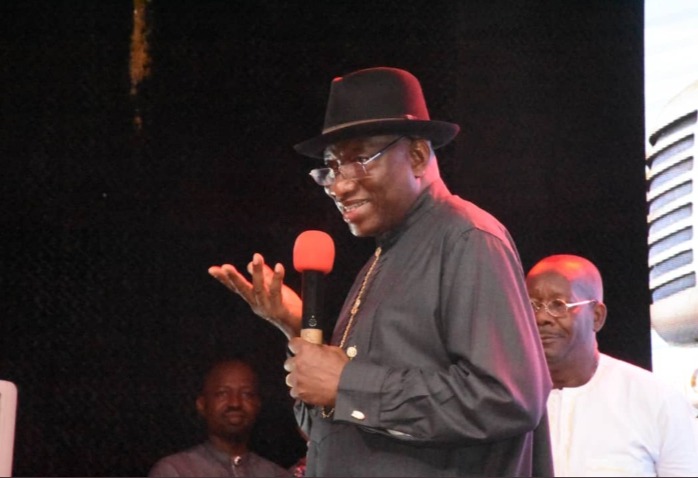 The former President of Nigeria got so many reactions from Nigerians when he announced the award on his official Twitter account. Many of them said that he deserves more check out the beautiful reactions below: 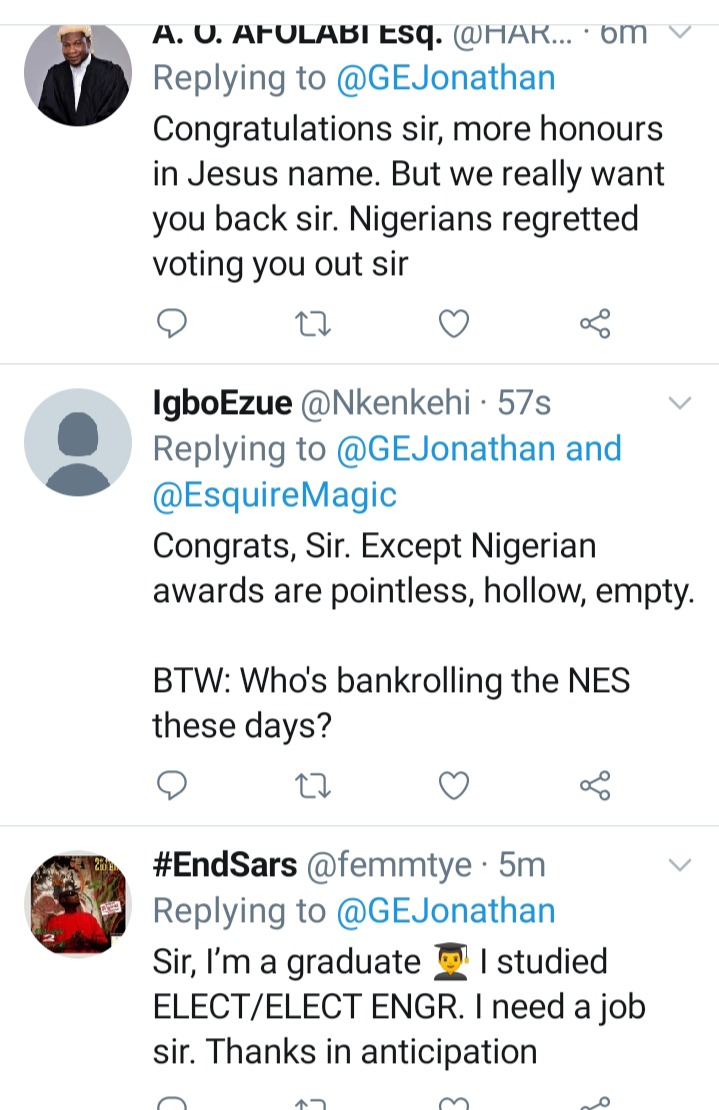 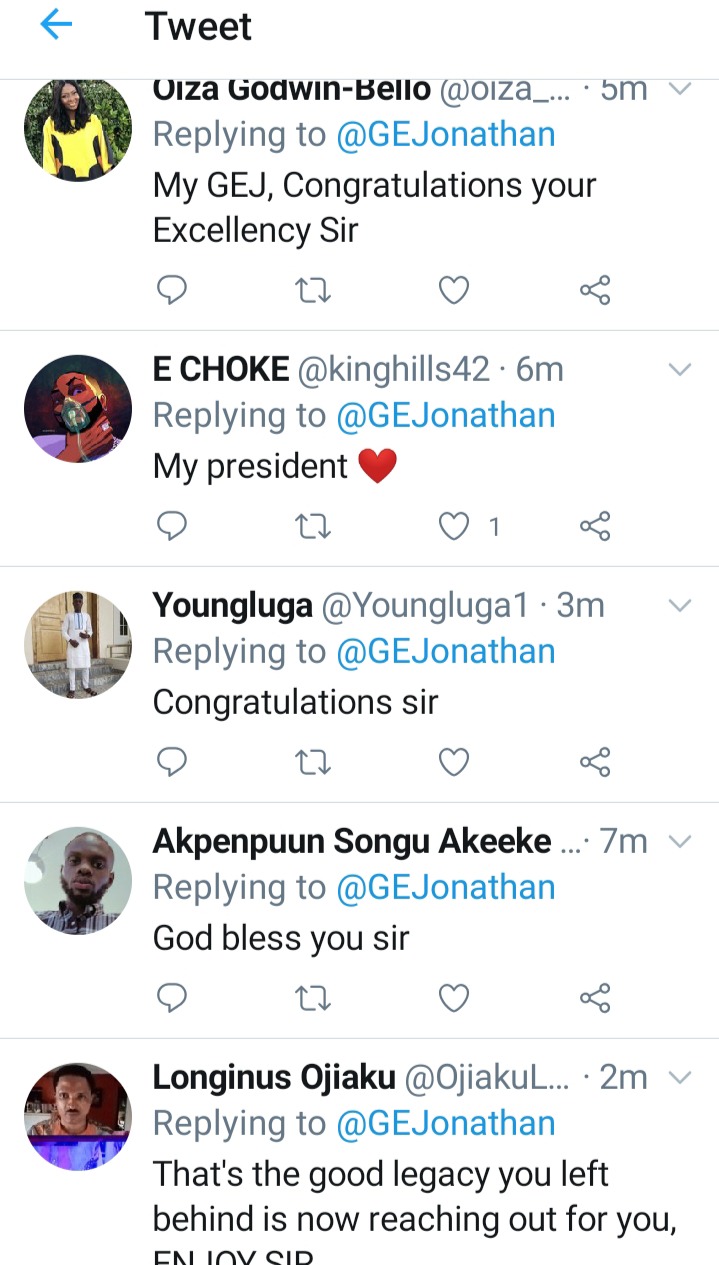 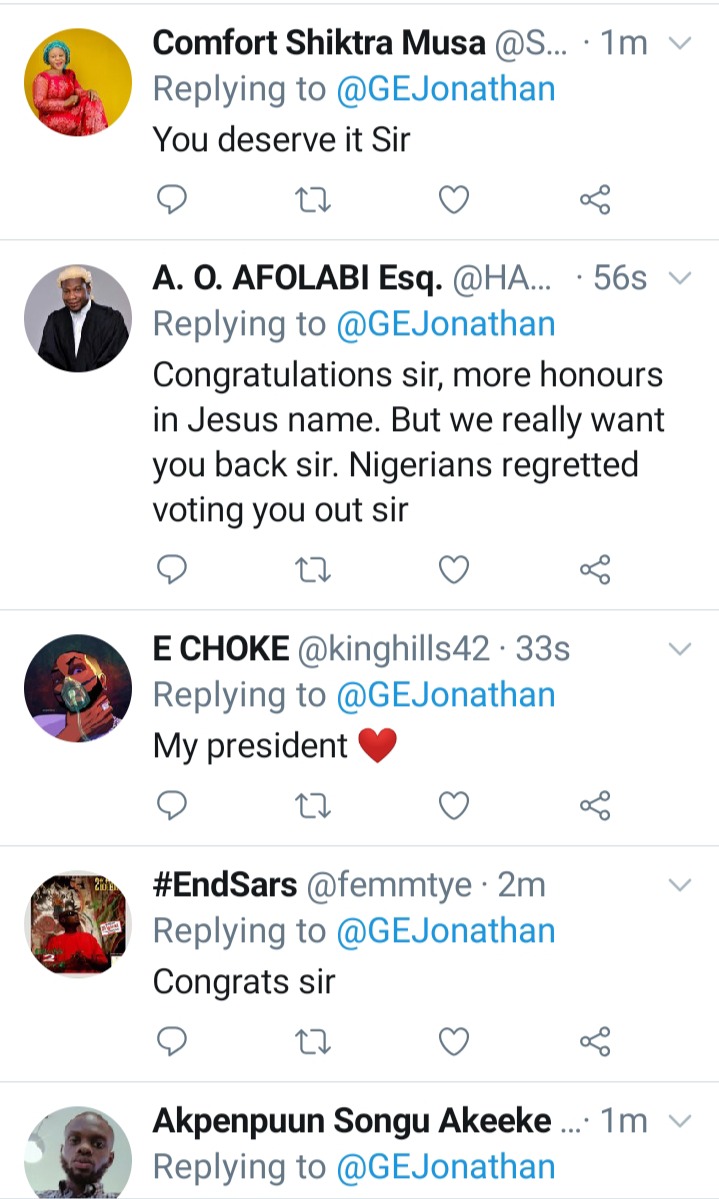 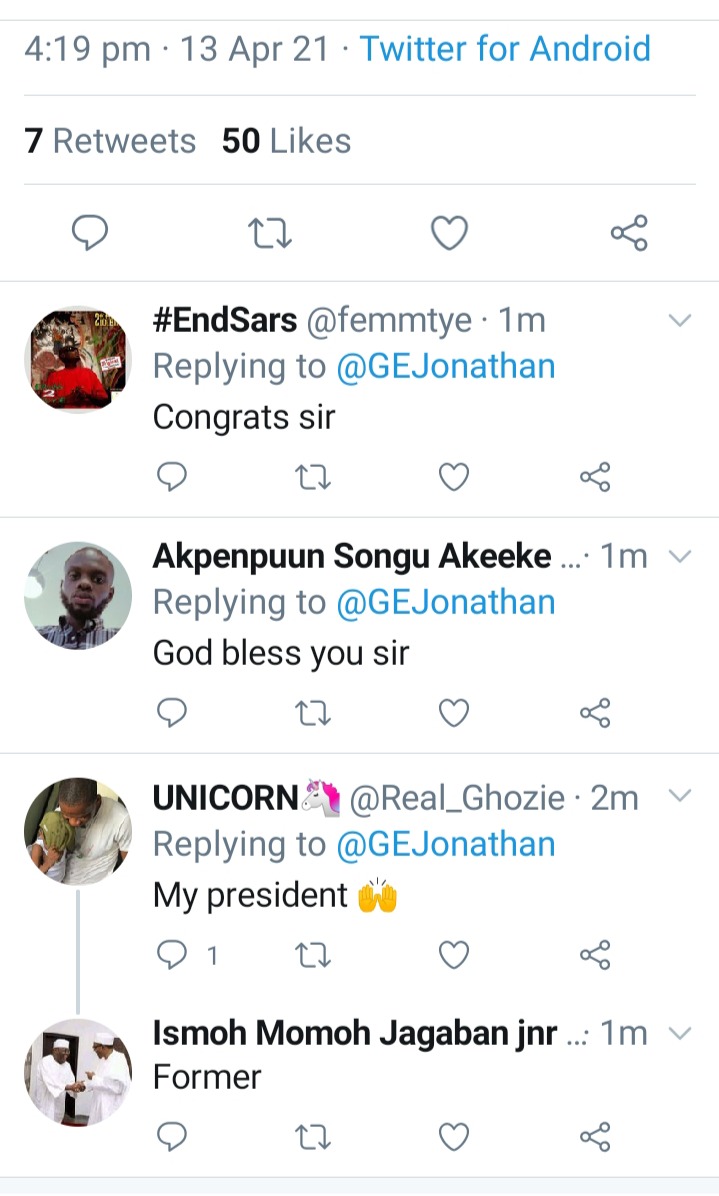 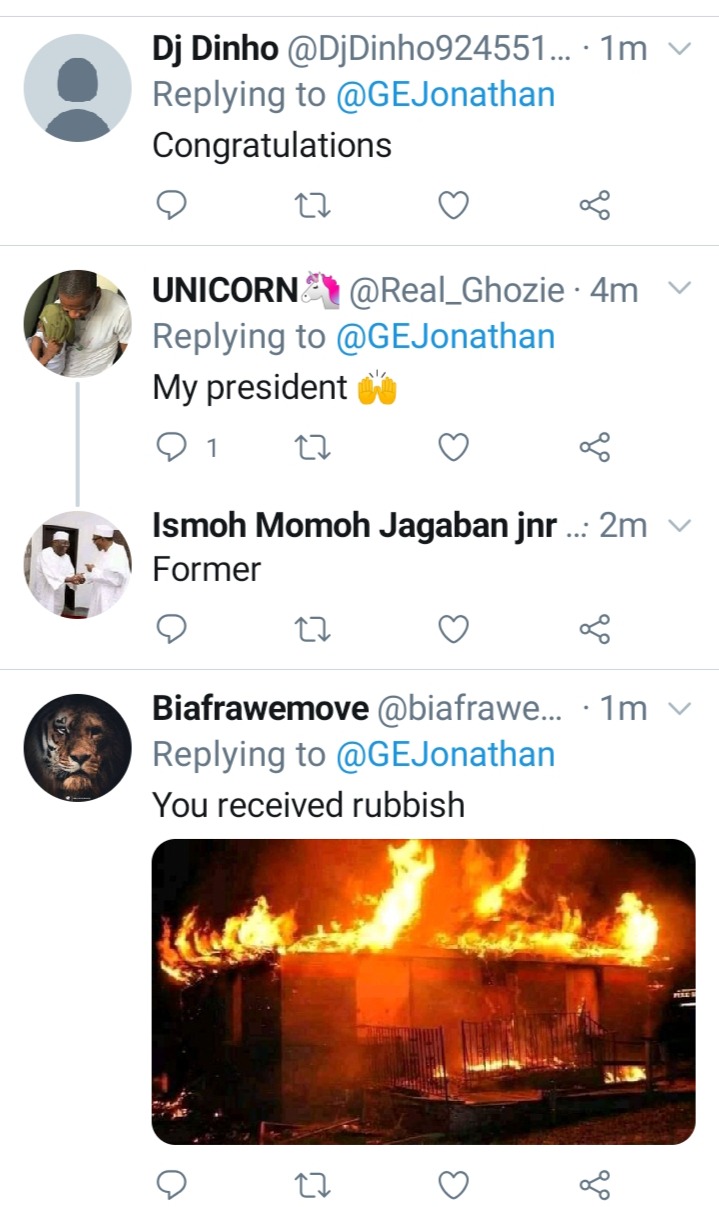 What are your thoughts on the global leadership award received by former President Jonathan? Let's know what you think, you can also congratulate him in the comments section below.

Content created and supplied by: delightsinfo (via Opera News )

Hours After Father Mbaka Was Released From Detention, Check Out The Punishment That Was Given To Him

It Was Not The Roman Catholic Church That Suspended Mbaka, See The Church's Authority That Did So.