By Katenews (self media writer) | 2 years ago

Adams Oshiomhole on while speaking to APC supporters apologized for helping Obaseki to become the governor of the state. He accused Obaseki of been a snake who said he wouldn't leave the party only to do so 72 hours later. He accused Obaseki of destruction of Property and unlawful detention of Party members who were against him.

The Edo State Governor however has denied the allegations made by Oshiomhole claiming he destroyed properties,made unlawful arrests and tried to destroy APC. He said this in a statement through his Special Adviser Media and Publicity. He claims oshiomhole is only angry because he didn't support him in his quest to become a godfather in Edo State. 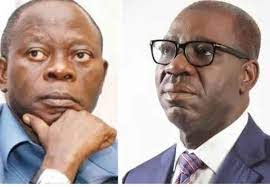 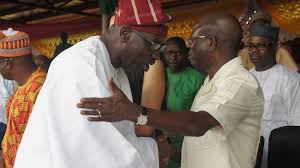 He claimed that Oshiomhole is only bitter because Obaseki refused to grant the wishes of him and his greedy followers at the detriment of Edo citizens. So this attempt led Oshiomhole to bury himself in pursuit of an innocent governor who is trying to do the right thing for his people.

He insisted that the only mistake Oshiomhole made was thinking that Obaseki will support him in his attempt to defraud the people of Edo State, that he thought Obaseki will help fulfill his selfish intreast and for this Obaseki owes Oshiomhole no apologies because the interest of Edo people is and will always be greater than the interest of one man.

Content created and supplied by: Katenews (via Opera News )