Difference,Distrust and Disunity among Nigerians

By e-dbworld (self media writer) | 3 years ago 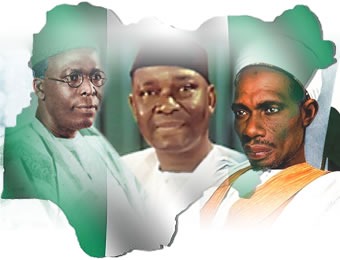 The country Nigeria depends on two basic reasons to strive which gives room for this division…..the Ethnic reason and the Religious reason. Every other aspect of division originated from these two reasons.

This also plays out in government where majority of the government appointments, especially key strategic positions are heavily directed towards a particular ethnic group and also Government policies are implemented to favour one ethnic group over another while some ethnic groups are completely neglected…..”A country that  practice nepotism, cronyism, and tribalism instead of meritocracy like other first world countries”.

Majority of the Muslims are from the North with the predominant tribe being the Hausa/Fulani. The Igbos in the South-East are mostly Christians while the Yorubas in the South-West have roughly the same amount of Christians and Muslims in their tribe.

We have had religious and ethnic conflicts in the past and we still have them today. The Boko Haram terrorist group was birthed from Islamic fundamentalist ideology; a group that forbids western education. This terrorist group was handled with kid gloves until they grew in large numbers and got the support of the local population, and became too violent and organised for the government to control……..all these happened because of ethnic and religious sentiments.Just like we have we have ISWAP (Islamic State of West African Province) a terrorist group that broke off from Boko Haram and pledges its allegiance to Abu Bakr Al-Baghdadi.

Let's hold on to the facts….Muslims and Christians don't like to see eye to eye, Sunnis and Shiites hate each other. Christians are divided amongst their different denominations and the whole picture has an ethnic colouration.

This is why during elections, voters will choose candidates based on religious and ethnic sentiments rather than the vision and ability to do the job.

There is just so much difference, distrust, and disunity amongst the Nigerian people and this is why there is no end in sight for the division we face today.

Content created and supplied by: e-dbworld (via Opera News )