Akoko South-West is a Local Government Area in Ondo State , Nigeria. Its headquarters are in the town of Oke-Oka. It has its area council at Oba-Akoko. It has an area of 226 km 2 and a population of 239,486 at the 2006 census. 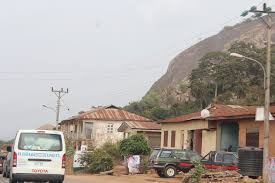 Located roughly between latitude 3.SON and 4.60 and 3.30′E. Oka is the administrative headquarters of Akoko South West Local Government Area. It is bounded in the East by Epinmi and Ipe, in the West by Akungba and Supare in the North by Ise Iboropa and Ugbe in the South by Oba and Ikun towns. Situated on a Plateau which tails off in extremely picturesque pattern of undulating hills which itself is an extension of the great Kukuruku hills. 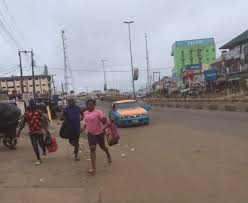 The local government area is represented at the state's legislative house by Hon. Olugbenga Omole (Akoko South West I) and Hon. (Eldr) Felemu Gudubankole O (Akoko South-West II) The postal code of the area is 342107. 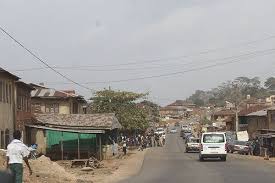 By the 1963 National Census, the Population of Okaland was put at 62,761 with an avarage of 250 persons per sq. meter. Oka is the 4th largest town in Ondo State. Okaland is a conglomerate of several settlements made up of Oke-Oka, Iwaro, Ayepe, Ayegunle, Okia, Simerin and Uba. Apart from Oke-Oka and Iwaro, which are nuclear settlements, the others are linear in pattern.

Ondo DSS nabs suspects behind the arrival of lorry load of Northern youths into the State.

How to style your Corporate Wears to Interviews