By People'sDaily (self media writer) | 2 years ago 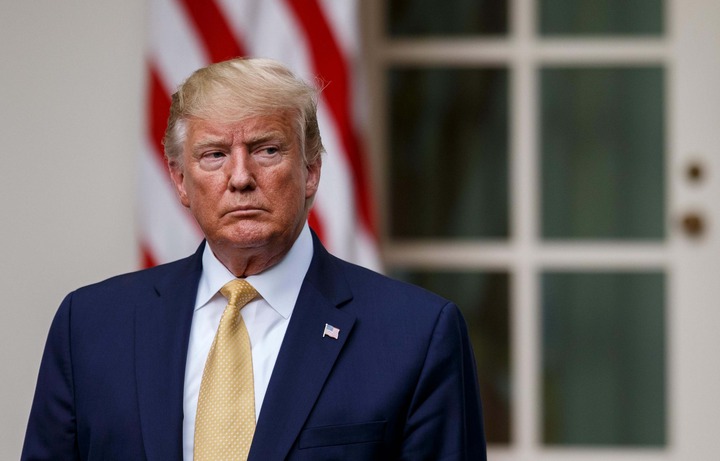 For a while, some U.S. officials seem to have formed a team of rumor mongers to stigmatize China.

U.S. Secretary of State Mike Pompeo, Robert O’Brien, Assistant to the President for National Security Affairs, Christopher Wray, Director of the Federal Bureau of Investigation (FBI) and U.S. Attorney General William Barr have successively cooked up lies and put on shows on the world stage to slander China.

By defaming China in an organized manner, these politicians have greatly violated civilization and disgraced the diplomatic history of the U.S.

As some U.S. politicians are reluctant to face the situation in their own country and have failed to find solutions to the problems related to governance, they have adopted a narrow and distorted mindset to treat the achievements other countries have made through hard work.

Out of evil intentions, some American officials have continuously spread the “China threat theory”.

William Barr, for one, alleged on July 16 local time that China is engaged in an “economic blitzkrieg” to replace the U.S. as the world’ preeminent superpower, which is absolutely absurd.

It is in fact the U.S. that has gone out of its ways to suppress and threaten other countries, as has been acknowledged by the international society.

Some American politicians have recently started a series of rumors against China, the Communist Party of China (CPC), strategic intention and future development of the country, which has seriously disobeyed the basic norms of international relations and fully exposed their deep-rooted Cold War thinking and ideological bias.

The most important national condition of China is the leadership of the Communist Party of China (CPC).

The CPC has been chosen by history and people as the ruling party of the country and firmly supported by about 1.4 billion Chinese people.

More than 93 percent of Chinese people support and are satisfied with the rule of the government under the leadership of the CPC, according to a survey conducted by the Harvard Kennedy School that lasted for 13 years. It fully demonstrates that any attempt to separate the CPC from the Chinese people is doomed to fail.

Some U.S. politicians, however, determine to remake China based on their political schemes when they should really have listened to former U.S. President Richard Nixon, who pointed out that a system that works for the U.S. may not work for others with different experiences.

“We believe in our values, but a basic tenet of these values is not to impose them on others,” the former president said.

It should be noted that the mutually beneficial and cooperative relationship established by China and America over the past 40 years suits the interests of the two sides, people in the two countries and even the entire world.

Many governments in the history of America have actively promoted the cooperation with China and win-win results for the two countries.

Some American politicians have claimed that “win-win in China means China wins twice” and accused China of taking advantage of the U.S., which are barefaced lies with no grounds at all.

Even when the bilateral relations are encountering unprecedented difficulties, the fact remains that the two countries have secured mutually beneficial cooperation.

The bilateral trade volume between China and the U.S. increased to $41.2 billion in April and China once again became the largest trading partner of the U.S. The number rose to $46.5 billion in May.

84 percent of American enterprises are unwilling to withdraw from the Chinese market and 38 percent of them will maintain or increase their investment in China, according to a recent survey conducted by the American Chamber of Commerce in China.

Decoupling countries with complex economic relations is like carrying out a difficult surgical operation, said an article titled The Folly of Decoupling from China published on Foreign Affairs, an American magazine of international relations and U.S. foreign policy.

Chinese economy is not a discrete organism that can easily be separated from the global economy but rater a Siamese twin, connected by nervous tissue, common organs, and a shared circulatory system, the article added.

Lu Xun, a deceased Chinese write, once referred to rumors as “weapons that kill without leaving a trace of blood” and warned that rumor mongers could both kill and get themselves killed.

It seems that some American politicians determine to be trapped in confrontation with China and get stuck in a self-fulfilling prophecy by defaming China.

One thing is for sure—the harder they try to attack and discredit China, the faster they will ruin their own reputation and the less likely they will pull the U.S. out of the predicament.

They could neither address the problems in the U.S. and bring development and prosperity to the country nor block the progress of China by starting and spreading rumors.

(Zhong Sheng is a pen name often used by People’s Daily to express its views on foreign policy.)