By Libertynews.com (self meida writer) | 12 days 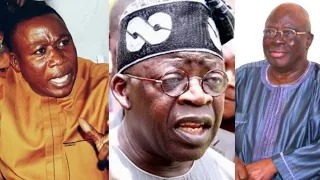 According to Gist media news on YouTube, it was reported that Yoruba Nation agitators and Afenifere are in war after it was revealed that Afenifere have full support for son of the late MKO Abiola, Kola Abiola for 2023 Presidency.

According to the report, Yoruba man identified as Akeem Adio Rasaki speaking in native tongue said in the following statement below: 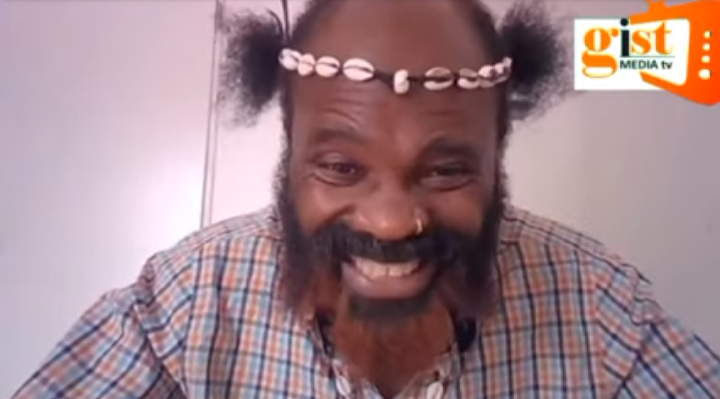 "It's this time that we need awareness because of Afenifere. They have gang up again to place us into second slavery. Me and you open our eyes down for us to be sold out. If we open our eyes down to allow them sell out our children, it means we are going to suffer to the end.

"Who are the Afenifere in Yoruba land? What is their work? Since Fulani herdsmen has been killing us, what have they done? Why is it that what does not benefit Yoruba is what they normally stand up for? Why is it that what will bring tears in our eyes is what Afenifere normally gather for? Since our farmers could not go to the farm because of Fulani herdsmen, we didn't see Afenifere."

He said Yorubas goes to school and becomes graduates but are out there riding Okada in the street. He also said Yoruba girls are sleeping under the bridge. He said the bright future of the Youths have been shattered. 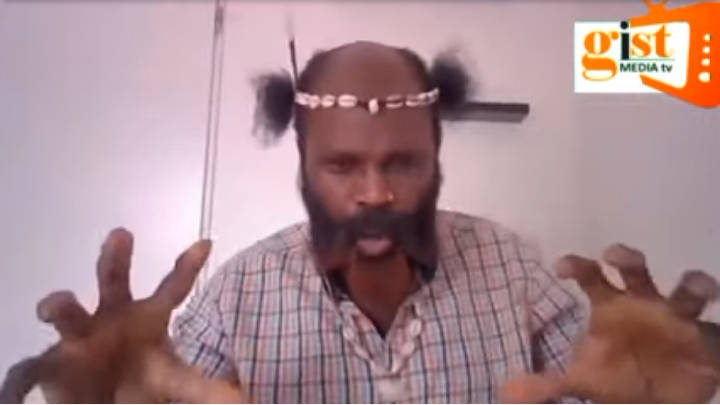 According to more statements, he said:

"God has shown us our enemy. Once you have know your name, is it possible for the enemy to harm you again? We have known our enemy. We have known where our pain is coming from. We need awareness, we don't want this Afenifere. It's left for me and you.

"Look at it very well. Do we have good hospitals? Can't you see how our aged parents are dying. If you go to the hospital, you won't see good drugs and good facilities there. Our eyes have seen already, we don't want restructuring. Afenifere is not speaking for us. They are the one that pushed us to what we found ourselves today. 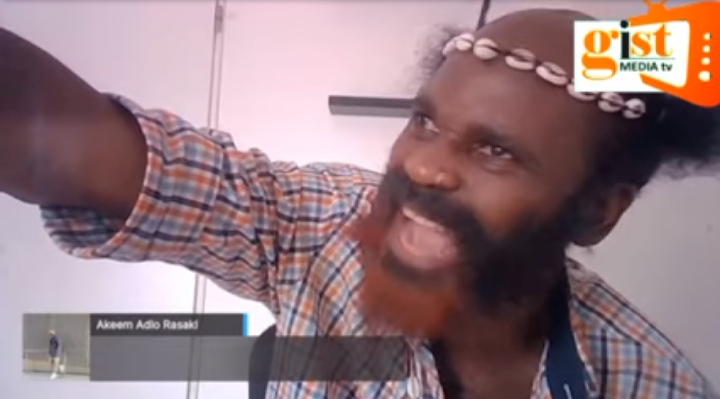 "Recently, they want to use our intelligence by choosing the son of MKO Abiola, that is, Kola Abiola as a candidate for 2023 Presidency. Afenifere wants us to continue under slavery again. They think they can use the son of MKO to decieve us so that we will pity him because his father was a good man.

"They have noticed that Yorubas will not vote for Tinubu in 2023 election that's why they came up with the idea of the son of MKO to decieve us. We are close to promise land, don't let Afenifere deceive us. It's been long way we have started this journey. Yoruba kings have not been supportive. They don't want us to free from slavery. It's me and you that will set ourselves free from this."

Watch the rest of the video by clicking the following link below: 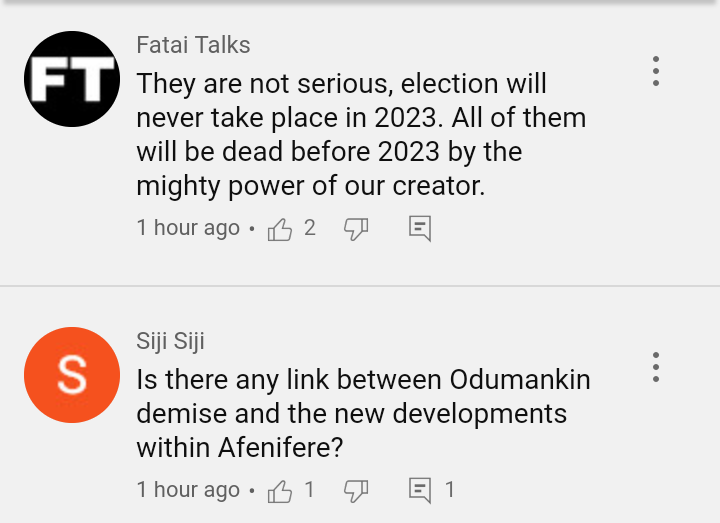 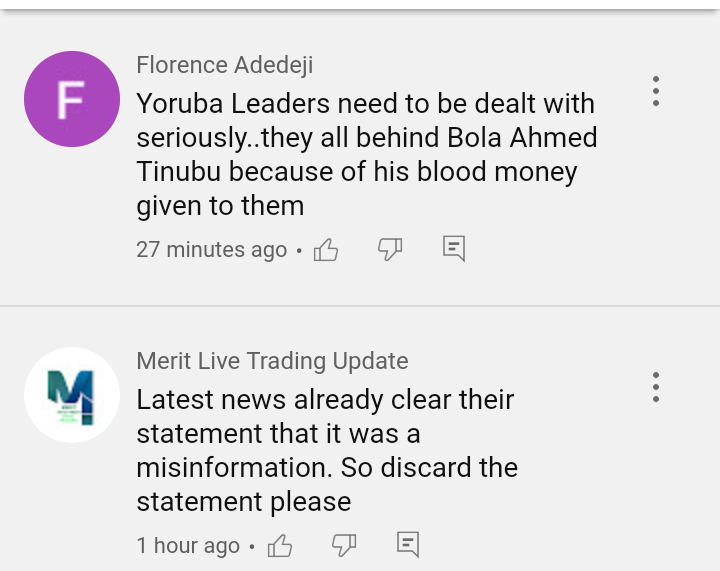 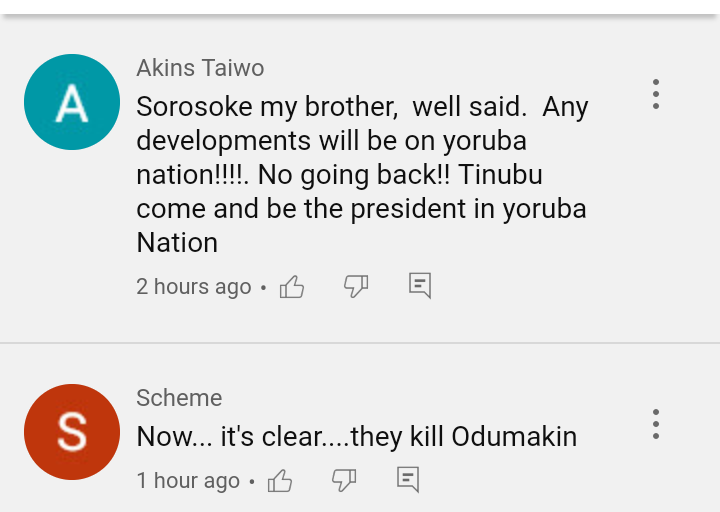 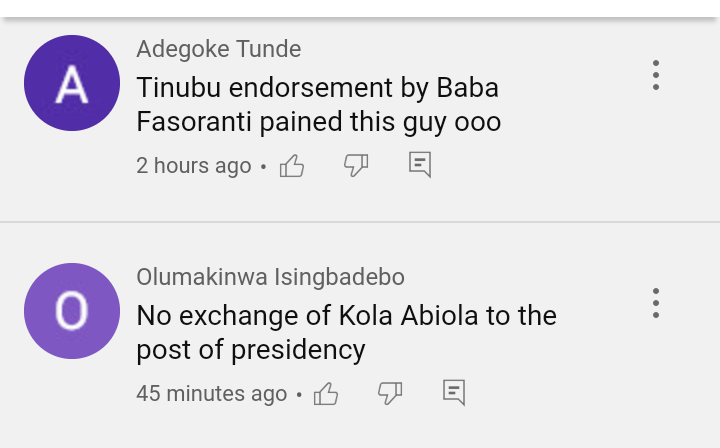 C-19 Test And The Nigeria Syndrome