Video: Nigerians Tackles Fani-Kayode, As His Son Stops Him From Leaving Him At Home With Nannies.

By PDOLLSWORLD (self meida writer) | 1 months

In a marriage relationship, it's often not the couples who suffer when separation happens but the children born in the marriage. When either of the couple is left to raise the children, they often don't turn out great in life, unlike couples who love each other and raised their children themselves. 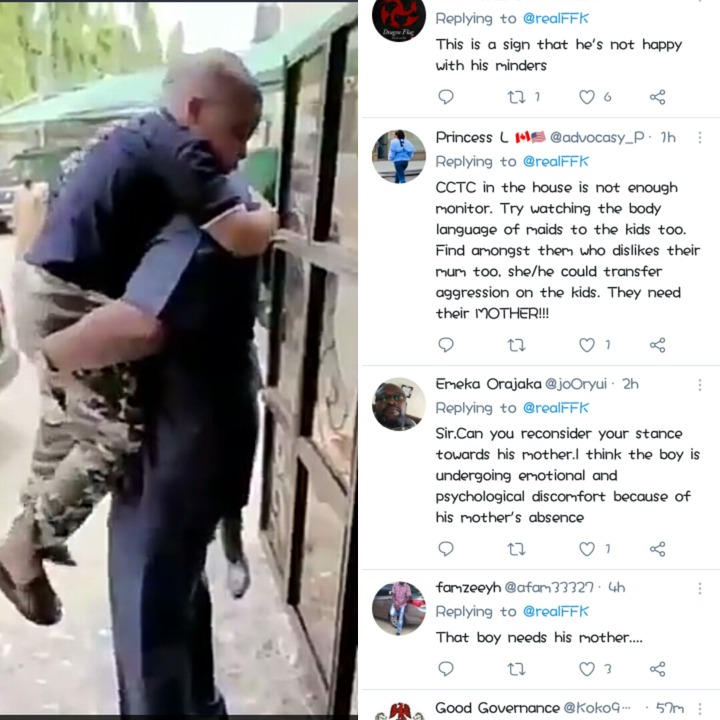 I sincerely wondered how it feels to be raised in a broken home, my parents were never divorced neither separated from either, except for death that took my mom away when I was at a very tender age. So understanding how children raised by a single parent feels, is quite difficult and alien for me to understand, how it feels to be raised by a single parent. 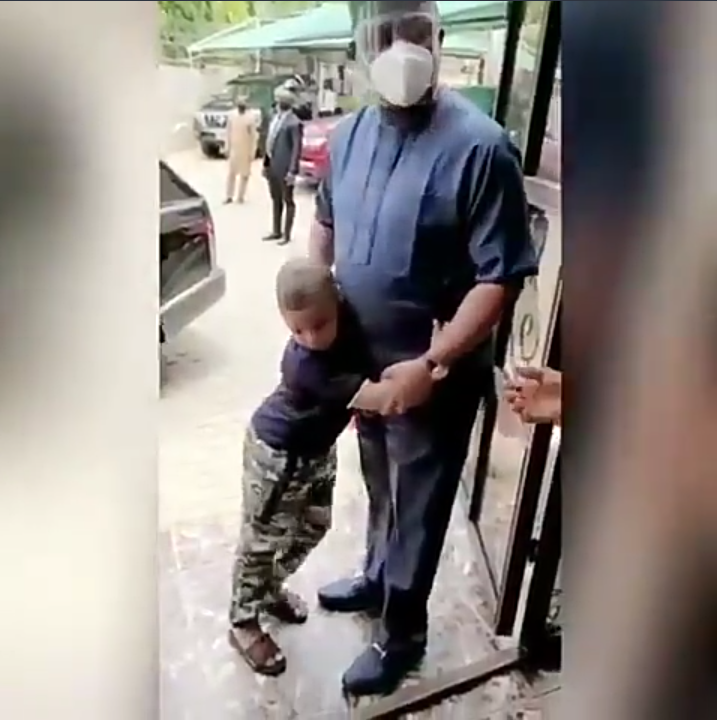 There will always be a vacuum in the lives of such children, when separation happens in the marriage of their parents. God didn't make a mistake by saying man and a woman woman be father and mother to their children, there's a reason why those two genders are in the family cader. 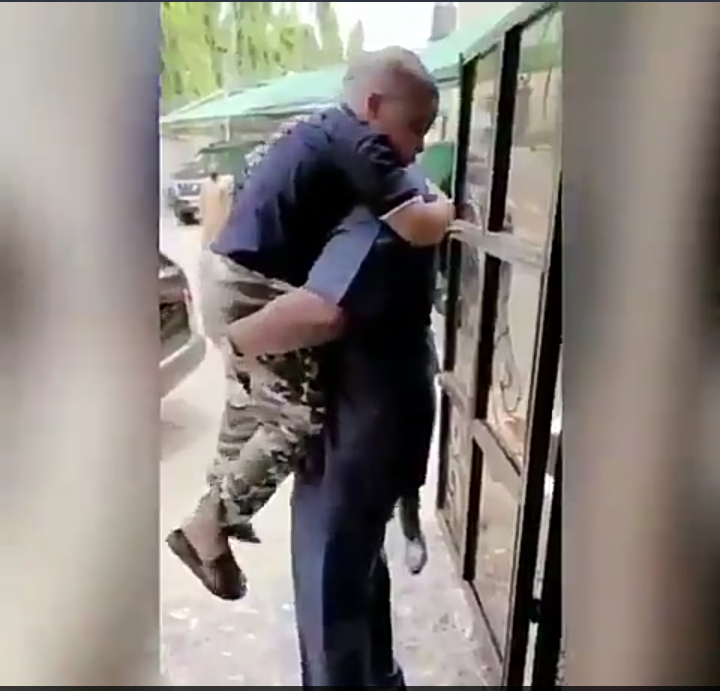 In a trending video post made by the former aviation minister of the Federal Republic of Nigeria, in person of Chief Bar. Femi Fani-Kayode showing him about leaving his house on the morning of Sunday April 11,2021 but was stopped by one of his sons' bore to him by his ex-wife Precious a.k.a "Snow-White" but are now separated due to some alleged infidelity and battery. 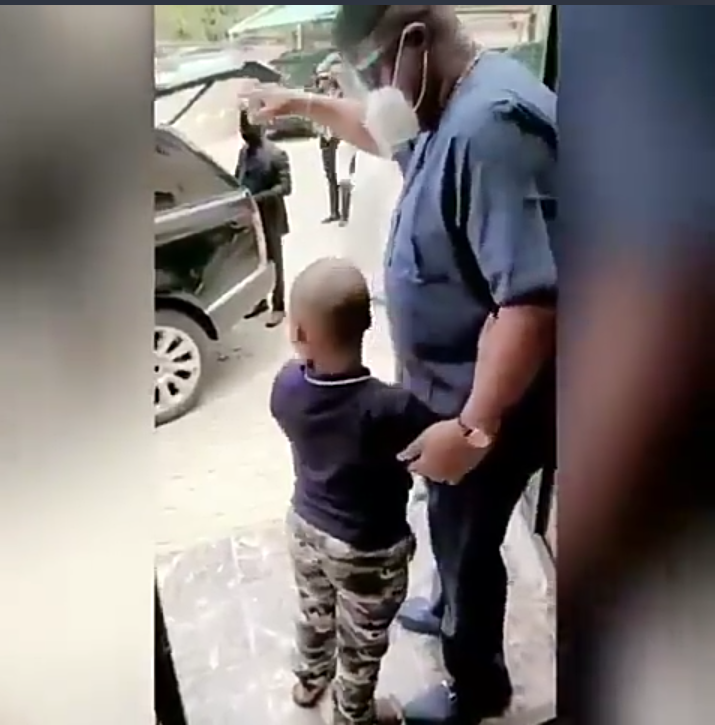 The both of them were seen as great lovers but had to go their separate ways when they couldn't reach a consensus, Nigerians and lovers of the both of them have since been giving their opinions on the both of them, giving them reasons why they shouldn't destroy their homes, but that they should consider the children they have both had for each other and their future. 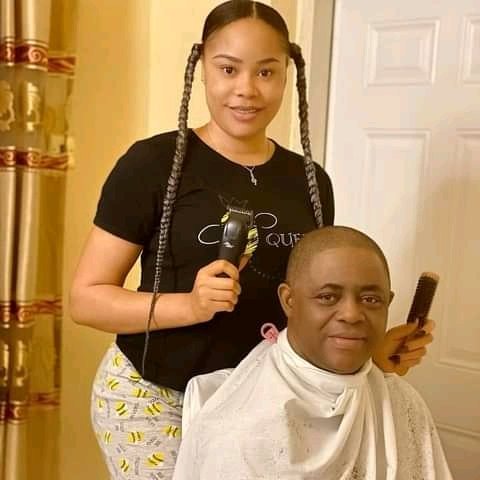 Seeing his son refusing to stay in the house with the nannies, Nigerians who stormed his tweet on twitter, gave their opinion as usual. See all they said and how they reacted in screenshots 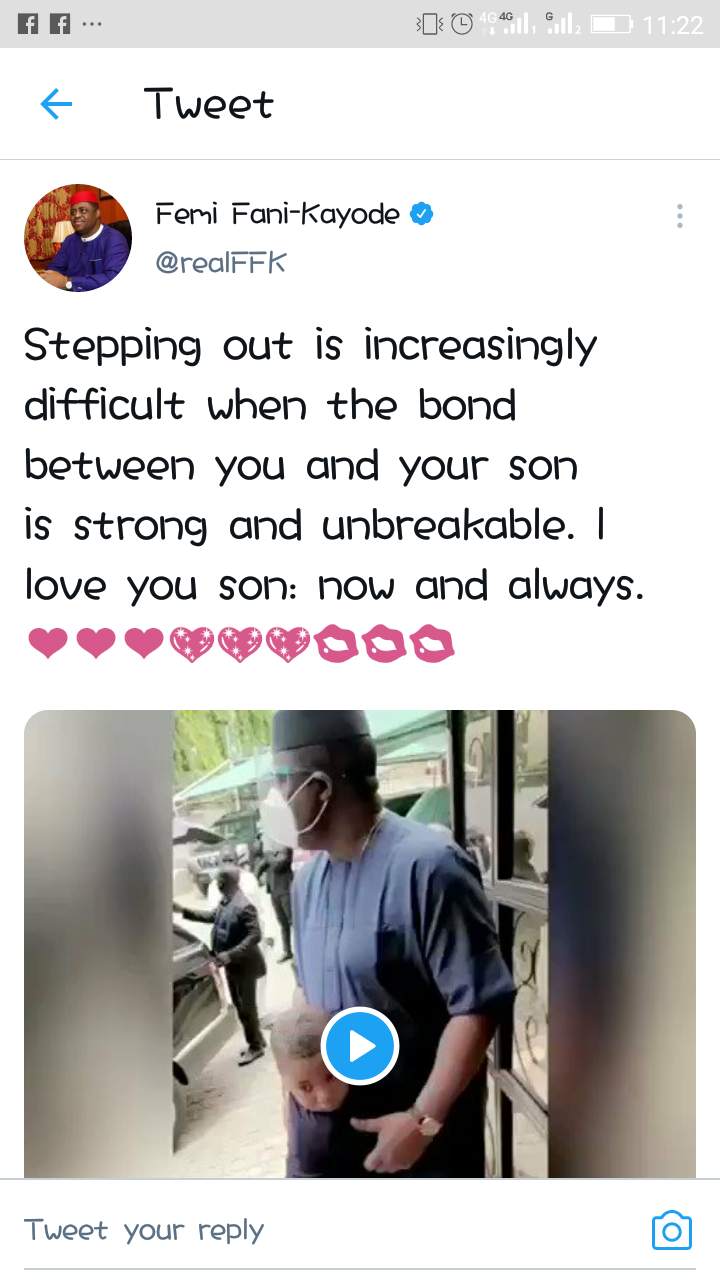 Do you agree with some of the commenters? What do you think of him and his wife?

Ladies, Preparing For Your Next Owanbe? Try Out These Latest And Attractive Ankara Styles