The hunters patrolling Ogun State forest has come under attack by killer Fulani Herdsmen after they were ambushed in Abeokuta, burning down two of their vehicles and nine motorcycles. The hunters were said to be taking unaware as they were on patrol for an intrusion of farmland by any herdsmen. See photos below. 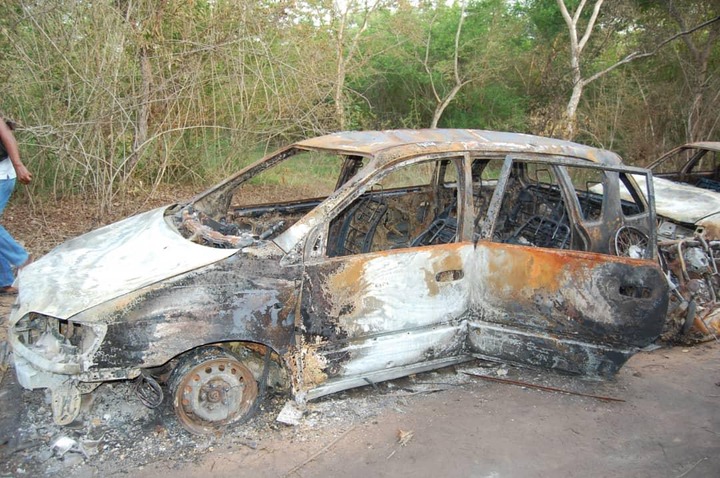 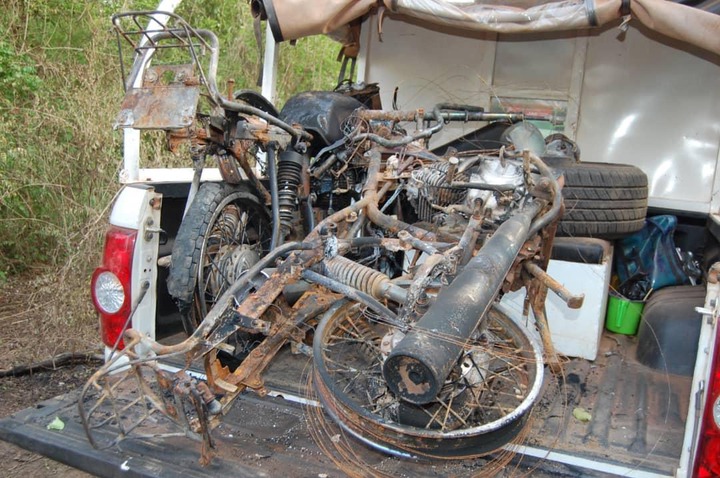 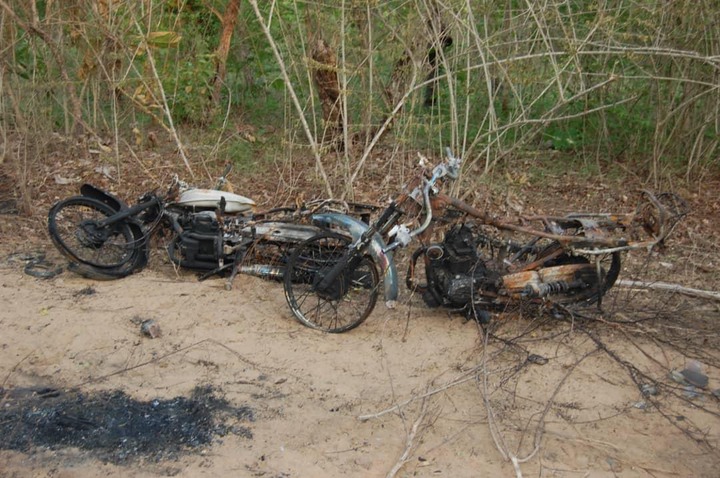 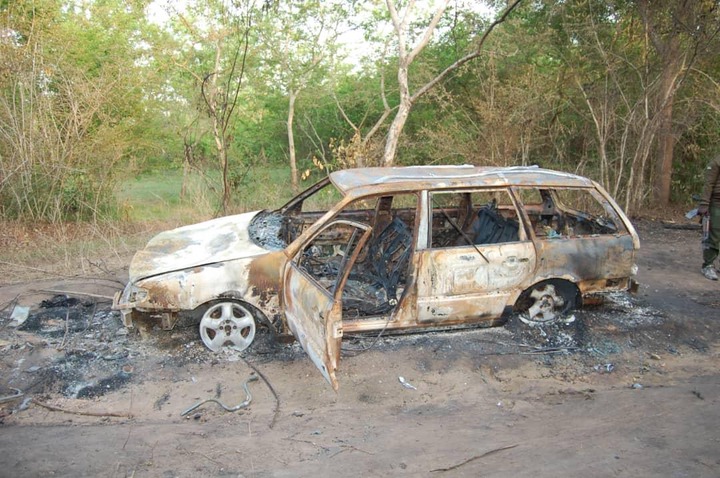 This event caught the attention of many residents around the community, that trooped out in large number to chase after the assailants. Also, Nigerians reacted massively to the attack as follows. 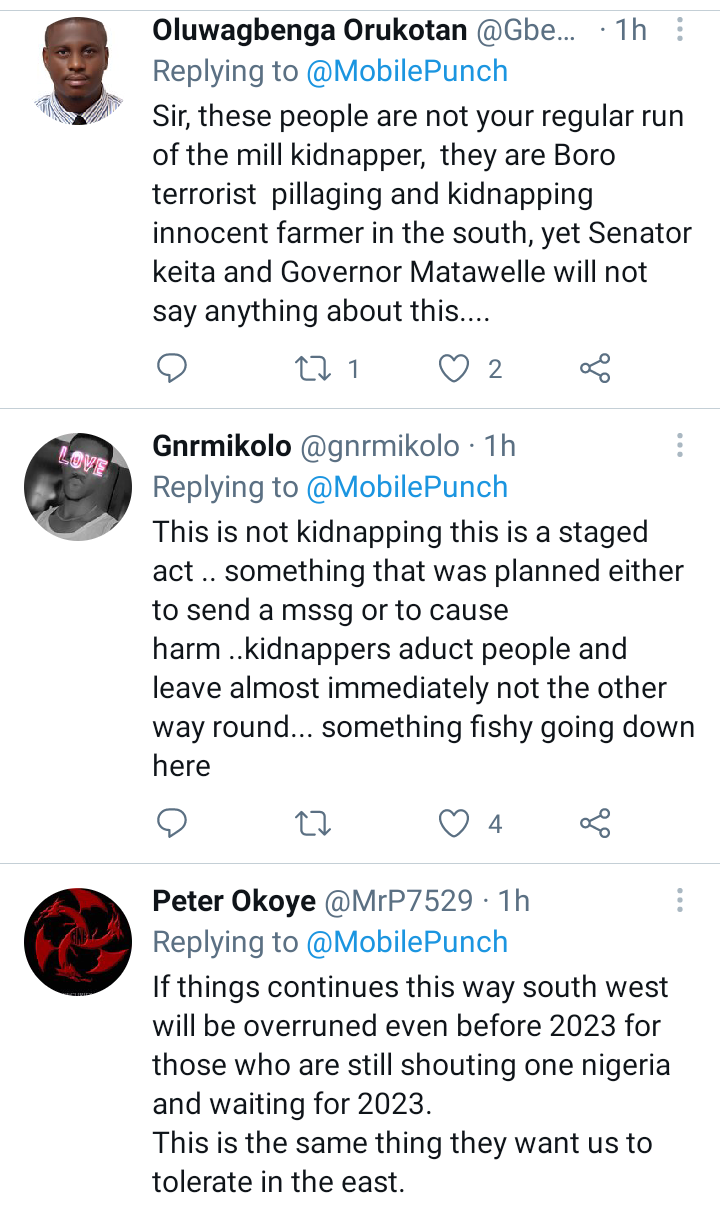 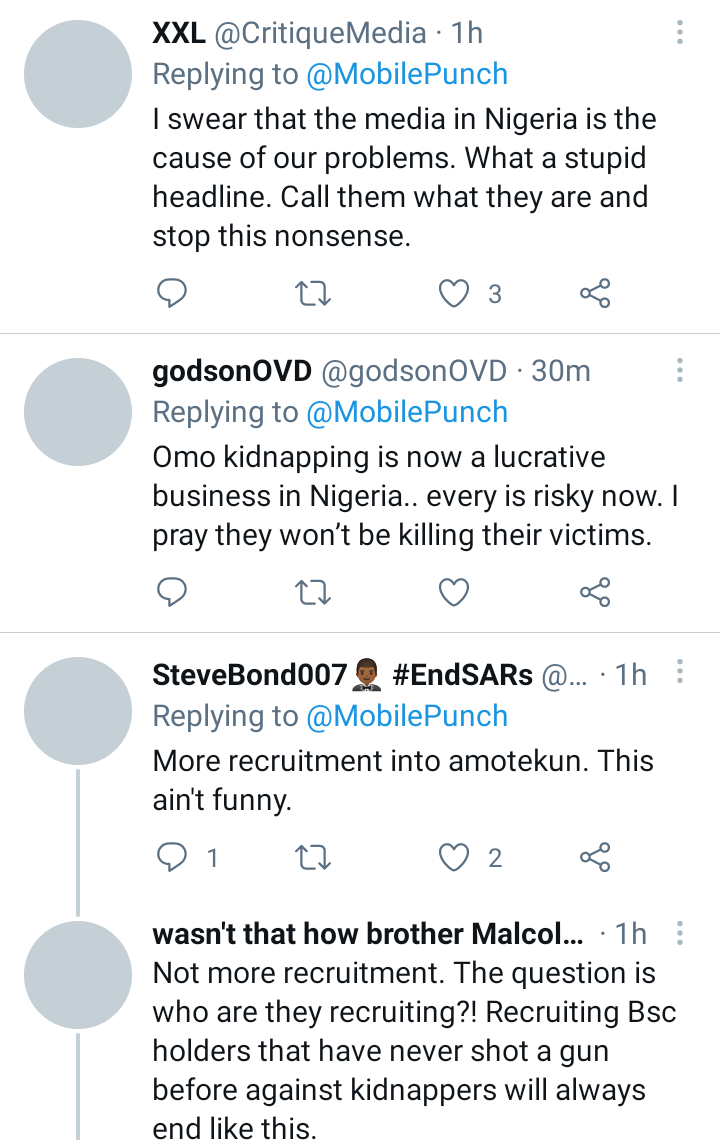 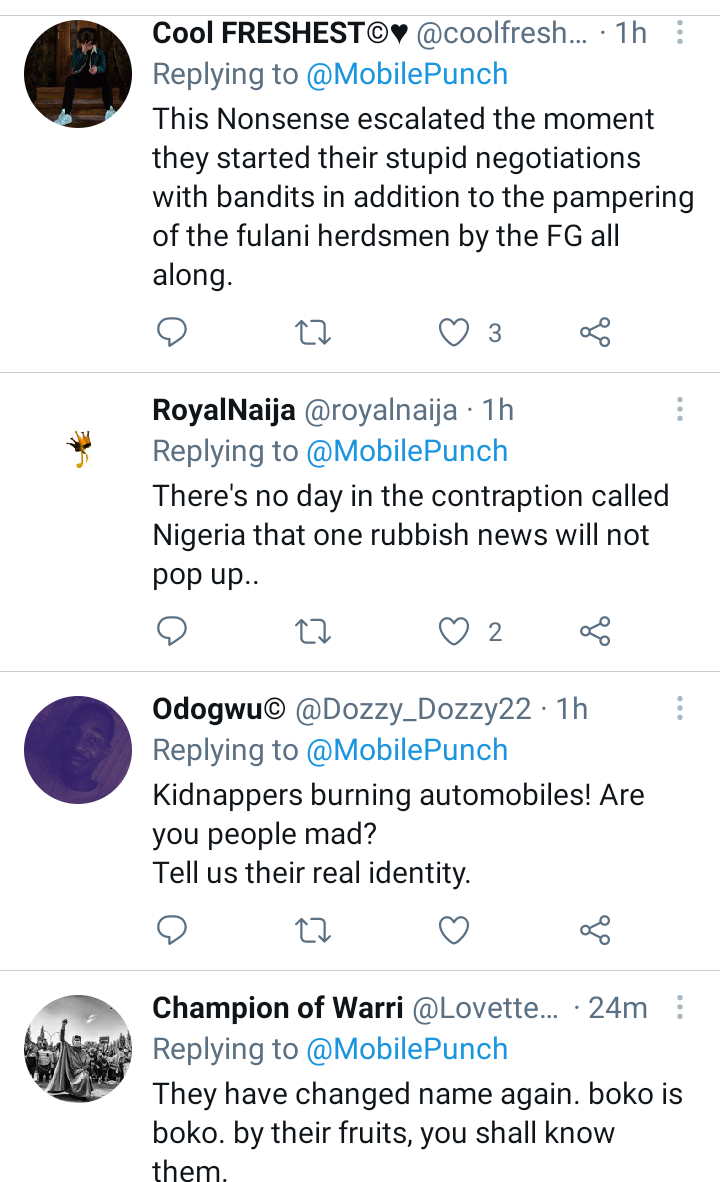 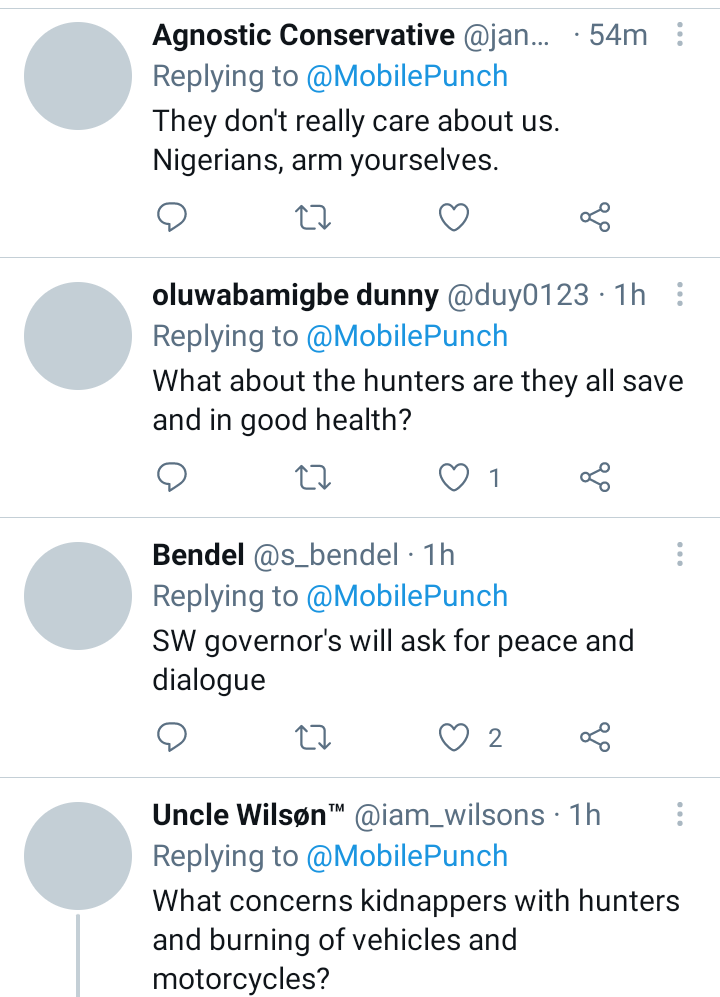 Recall that the Yoruba Activist, Sunday Igboho has once stormed Abeokuta to chase out killer herdsmen but was not able to complete his mission because the government of the state did not give him total cooperation. 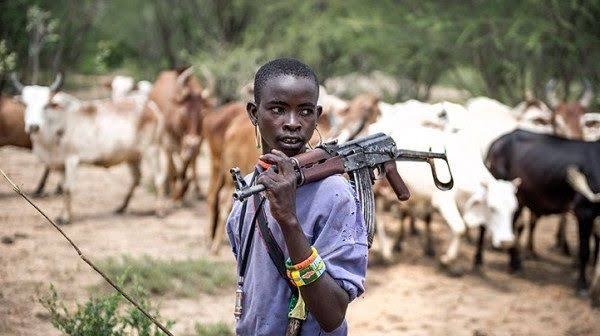 Furthermore, killer herdsmen have caused a lot of havoc to lives and properties in Nigeria. They have kidnapped, kill, torture, extort and even demanded for ransom from the families of their victims. 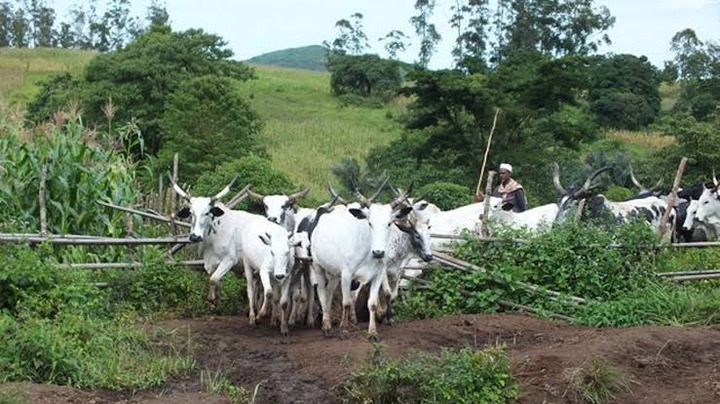 The governors that opposed the land grant to the herders are of the opinion that, cattle rearing is a business like poultry farming, so the herders should procure the land for the grazing reserves and not to be giving for free.

However, the rate of insecurity in Nigeria is becoming incessant and worrisome, the criminals are now having the gut to attack security personnel like police and the military. Just about a week ago, criminals suspected to be members of Eastern Security Network (ESN) attacked the Police headquarters and prison facility in Imo State. 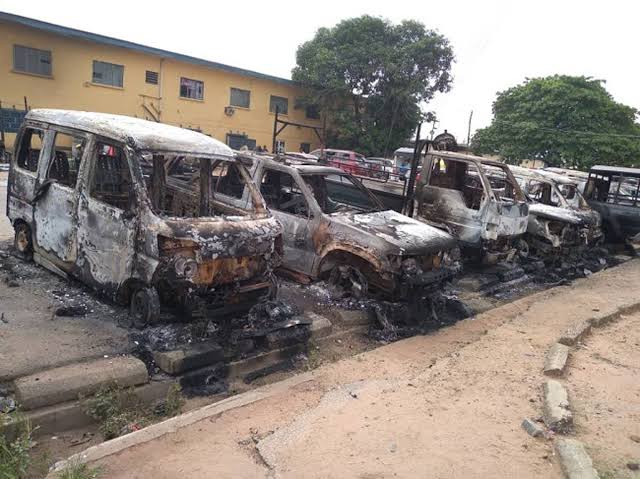 In the attack which was condemned by all and sundry, several vehicles packed at the police headquarter were seized and about 1,800 prisoners were freed. Several other police stations were attacked and burnt down. 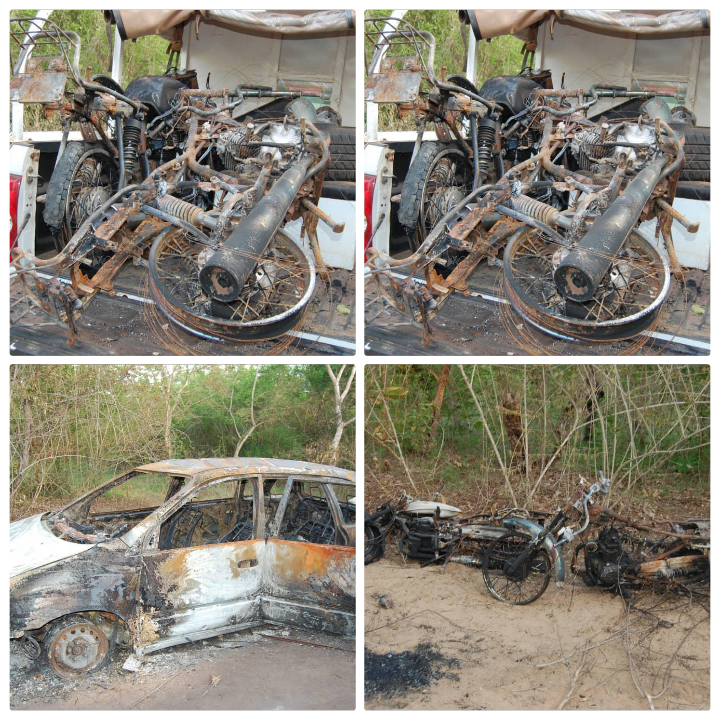 The New attack on the hunters might spark another reactions from the South West, what do you think the government should do immediately?

Nobody Can Come And Kill Us Here, We Are The Only Region That Is At War With Itself - Governor Umahi