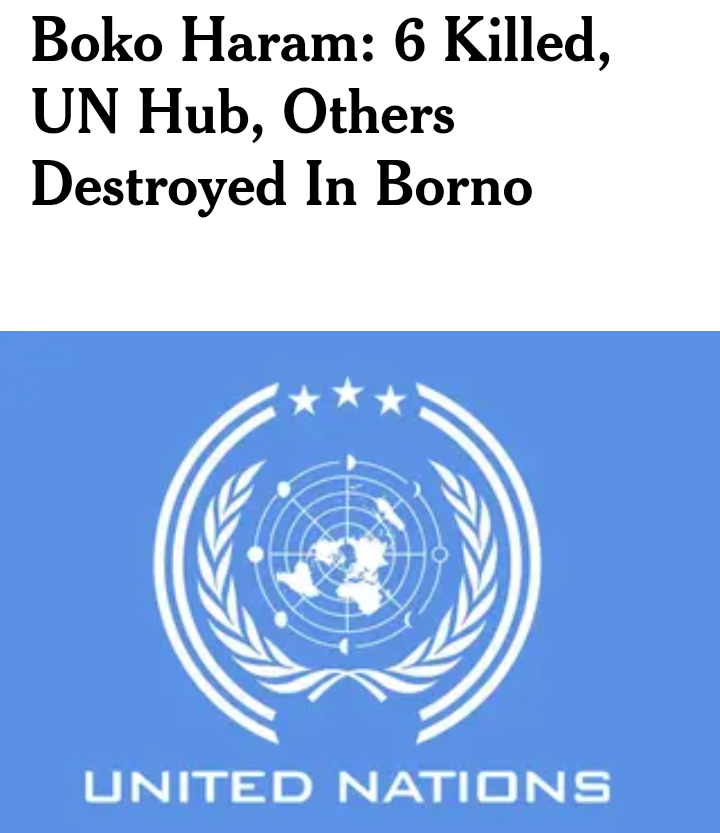 It was learnt that three women, a man and two soldiers lost their lives during the attack but other sources gave higher figures.

The United Nations has condemned the attack saying thousands of people would face serious humanitarian challenges.Locals said the assailants had destroyed the United Nations Hub housing all the workers of the international organisation.

The hub was established in Damasak, located 188 from Maiduguri in the northern part of Borno to fast track support for victims of Boko Haram excesses. The town had survived several attacks in the last 11 years.

It was learnt that the insurgents stormed Damasak in the evening and engaged the troops from multiple locations, which led to the burning down of the UN hub and others infrastructures 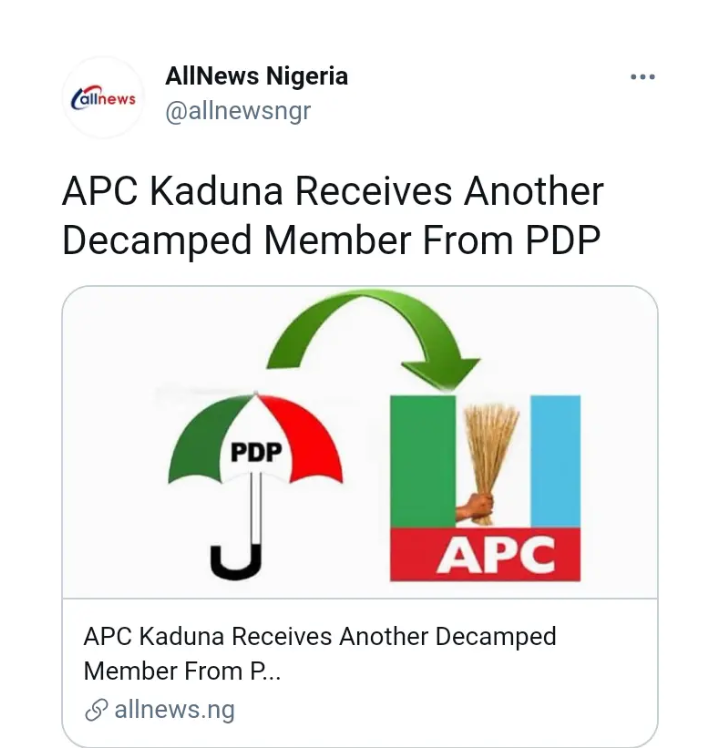 Mr Isah Danssallah, a former Chairman of Kajuru Local Government Area in Kaduna State has defected from the Peoples Democratic Party (PDP) to the ruling All Progressives Congress (APC).

Danssallah cross carpeted to APC on Sartuday at Afogo, his political ward in Kajuru LGA of Kaduna State.

Addressing the party members and executives, he said, “It is with great pleasure and reverence to God that I resolve to come back to APC which I left to join the PDP. 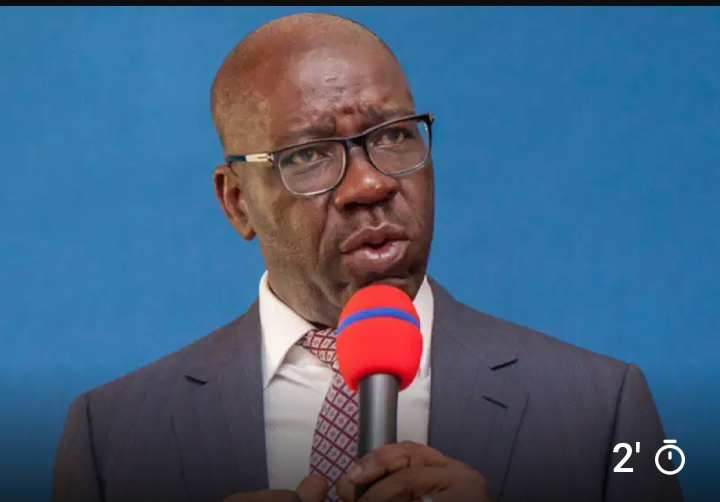 THE Niger Delta Anti-Corruption Forum has called on the Interim Administrator of the Presidential Amnesty Programme, Col. Milland Dikio, (retd.) and relevant agencies to ensure the prosecution of culprits of contract and scholarship fraud in the office.

The Coordinator of the group, Mr Joe Samuel, in a statement on Sunday, said the affected officials of the Presidential Amnesty Programme, who had perpetrated years of contract and scholarship scam, should face prosecution in addition to outright dismissal. 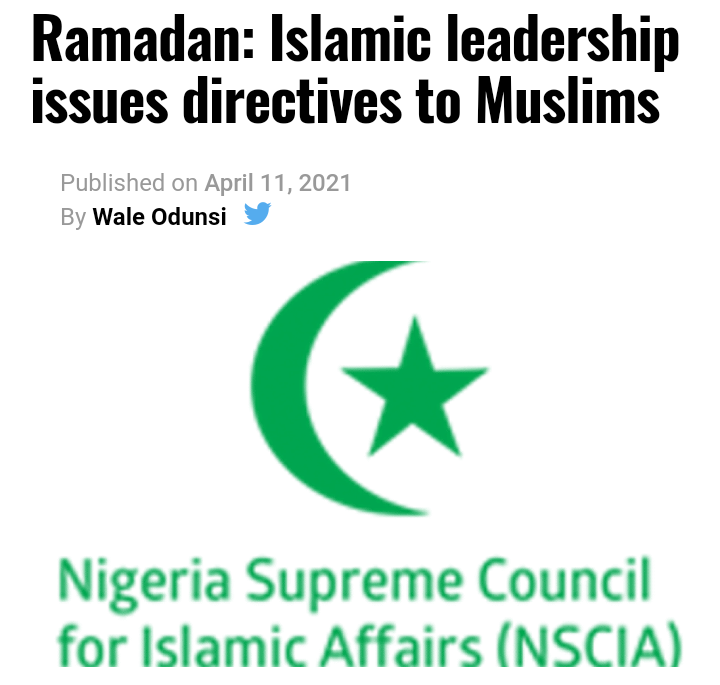 The Nigerian Supreme Council for Islamic Affairs (NSCIA) has directed Muslims to take extra security and health measures to protect themselves during the Ramadan fast.

Zubairu Usman-Ugwu, the Director of Administration, gave the advice in a statement on Sunday.

The council enjoined all Muslims to be prayerful unto Allah to help Nigeria, the world and the leaders in the fight against the COVID-19 pandemic.

NSCIA directed the Muslim Ummah to practice social distancing when looking out for the crescent. 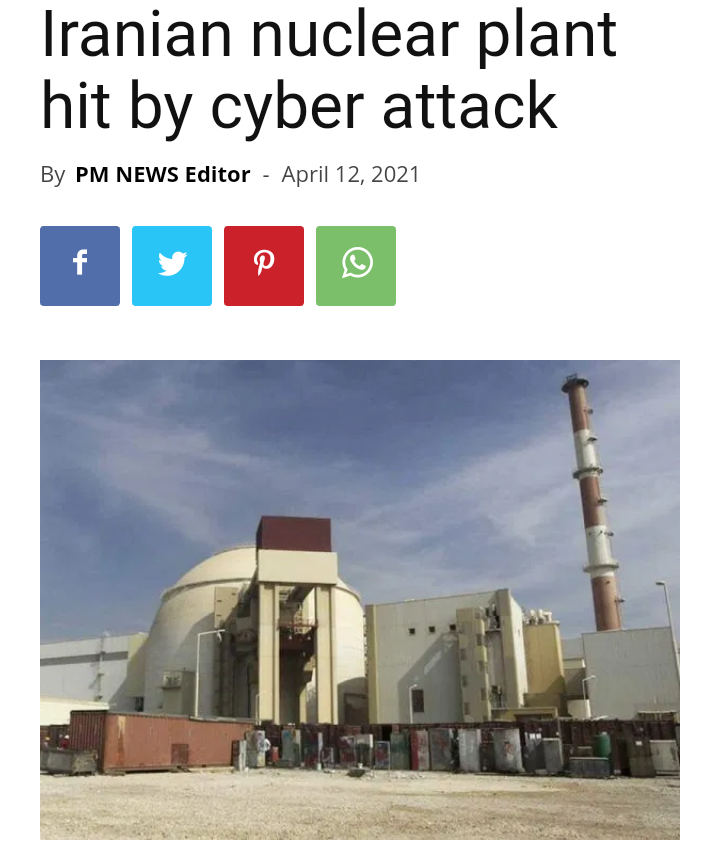 An incident at Iran’s Natanz nuclear facility on Sunday was caused by an act of “nuclear terrorism”, the country’s nuclear chief Ali Akbar Salehi said.

Salehi said Tehran reserves the right to take action against the perpetrators.

Israel’s Kan public radio cited intelligence sources, whose nationality it did not disclose, as saying that Israel’s Mossad spy agency had carried out a cyber attack at the site.

Earlier on Sunday, the spokesman for Iran’s Atomic Energy Organisation (AEOI) had said that a problem with the electrical distribution grid of the Natanz site had caused an incident, Iranian media reported.

The spokesman, Behrouz Kamalvandi, said the incident caused no casualties or contamination. 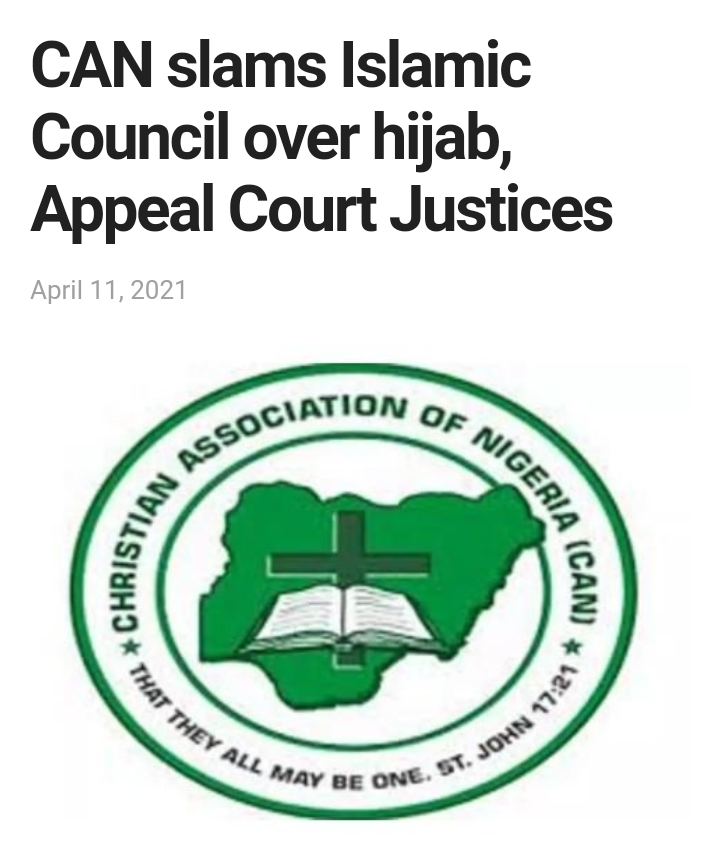 The Christian Association of Nigeria (CAN) has described the attack by the Nigerian Supreme Council for Islamic Affairs (NSCIA) on the hijab crisis and appointment of Appeal Court Justices as evasive.

NSCIA, a few weeks ago, attacked CAN for opposing the nomination of 13 Northerners/ Muslims out of the 20 jurists listed as Court of Appeal Justices.

The Sultan of Sokoto-led council also accused CAN of beating a war drum over the introduction of hijab in mission schools in Ilorin, Kwara State.It said the Christian body has not only shown morbid hatred for Islam and its adherents but always adopted scurrilous propaganda as a strategy of causing undue tension in the country.

But CAN fired back the Judiciary was the appendage of NSCIA under the leadership of President Muhammadu Buhari, especially throughout his first term, adding members of the Islamic council were in charge of affairs. 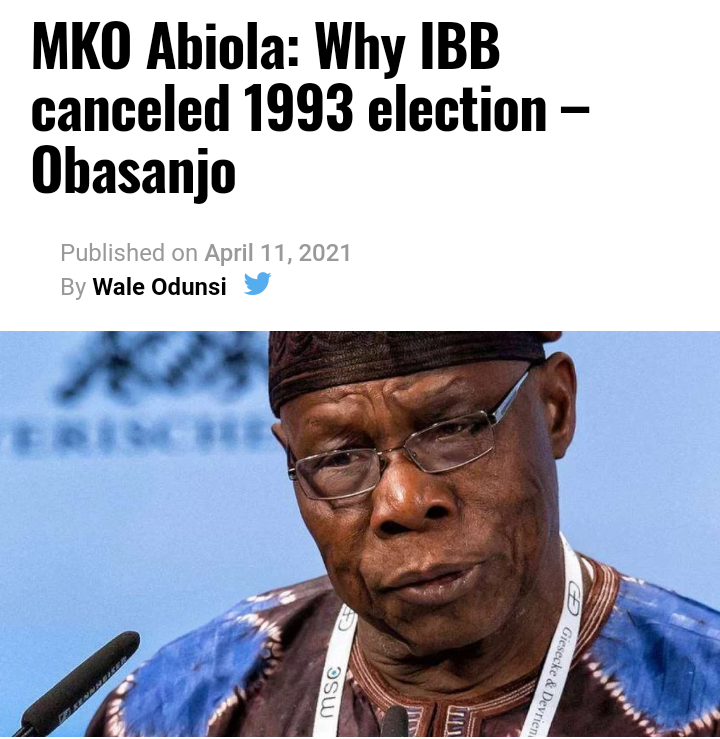 Former President Olusegun Obasanjo has insinuated that former Head of State Ibrahim Babangida (IBB) cancelled the June 12, 1993 election presumably won by MKO Abiola due to “bad belle”.Bad belle’, Nigerian slang, is synonymous with jealousy. It is used to express the resentment of a person(s) towards a thing or individual(s).

Obasanjo insinuated this on Sunday in Abeokuta, the Ogun capital, after his investiture as a trustee of the Abeokuta Club.

The Owu-born elder statesman was honoured alongside Abiola. The late philanthropist was awarded a posthumous vice-patron of the clubHe said IBB’s action denied Egbaland and Ogun the privilege of producing three occupants of the nation’s top seat, including Ernest Shonekan, ex-Head of Interim National Government (ING). 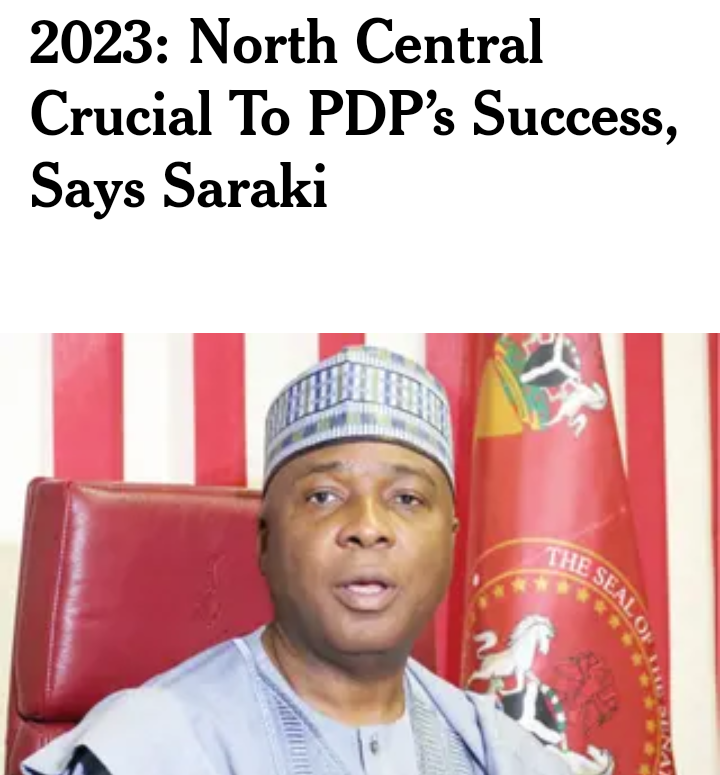 Immediate Past Senate President, Dr. Abubakar Bukola Saraki, has advised leaders of the Peoples Democratic Party (PDP) in the North Central work together as the success of the party in the next national elections depends on its ability to win across the zone.

Saraki while addressing delegates during the Zonal Congress of the Party in Aper Aku Stadium, Makurdi, on Saturday, said in all the past elections that PDP won at the national level, the party has always recorded sound victory in the Zone and that the calculations has not changed.

We have looked at the statistics for past elections since 1999 and projected into the 2023 elections, for PDP to return to control of federal power, the party needs to return to winning ways in this Zone.

“This is a party that started with controlling four of the states plus FCT in 1999 and at one time was in control of all the six states. Today, a situation where we now have only one State is partially responsible for our loss of federal power. Therefore our leaders in the Zone must make sacrifices, forget their differences and work together in national interest. 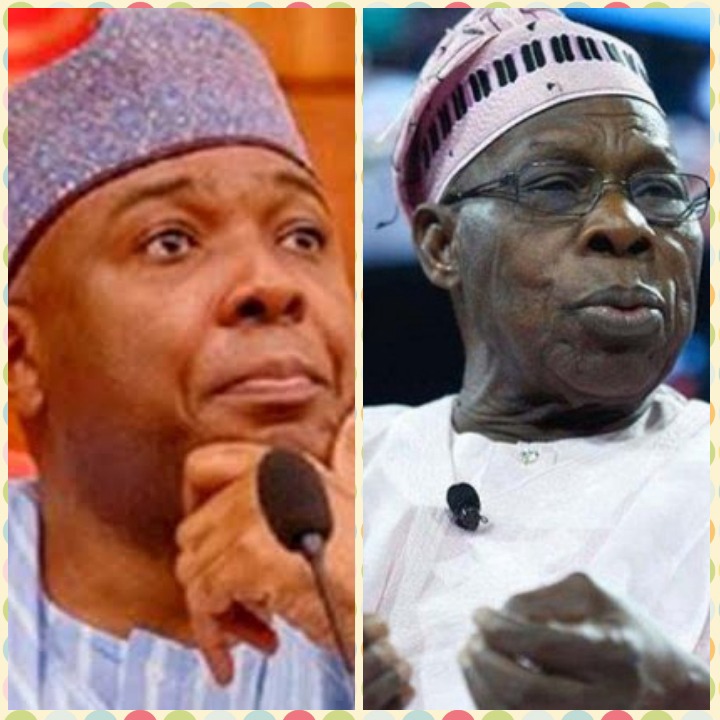