The reason why the Labor Committee issues 14-day strike notice to Fayemi. 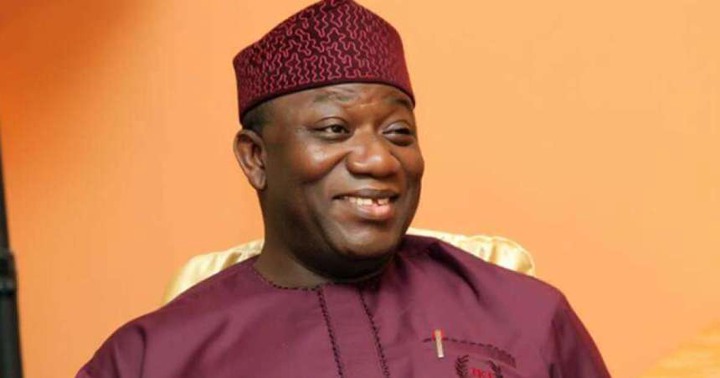 The job, organized by Ekiti state, has given Governor Kayode Fayemi a 14-day notice to pay all unpaid benefits to workers or face indefinite industrial action.

A letter dated July 16 and addressed to Fayem said the ultimatum begins on Monday, July 20 and ends on August 3, within which the governor is expected to honor his commitment or face mass action.

The letter was jointly signed by the Chairperson of the Nigerian Labor Congress, Com. Kolapo Olatunde, his counterparts in the Congress of Trade Unions, Com. Sola Adigun and the Joint Negotiating Council, Com. Kayode Fatomiluyi, as well as his secretaries.

In a statement made available to reporters at Ado Ekiti on Saturday, the job required immediate payment of arrears, deductions, wages, allowances, bonuses and other employee promotion benefits not paid within the stipulated time, to avoid industrial disputes. at Ekiti.

He regretted having written more than five letters to the governor to remind him of the need to pay his promise, but without the appropriate responses, which he called an act of "treason."

"Based on the foregoing, we were upset and betrayed by the state government for failing to respond to our patriotic zeal and inclination toward corporate state governance by failing to meet any of the demands of the workers since the beginning of the administration." current which is now close to two years.

This is painful. "Based on the above force, the state government has been called to implement all the points listed above in the next fourteen days with effect from the failure of Monday, July 20, 2020, workers will begin in 3 days of strike warning that will start from mid-Monday night, August 3, 2020. "

Seeing the gray areas that had to be resolved to avoid the impending strike, organized labor said:

"We consider as a sacrifice, the non-implementation of the financial benefits that arise from the promotion letters delivered to all deserving workers of 2015, 2016, 2017, 2018 and 2019 and advance.

Organized labor was outraged by the state government's stance not to inject more funds into auto and home loans to allow more workers access.

"In addition, the risk supplement for health workers working under this devastating COVID-19 pandemic must be paid with immediate effect," the job demanded. The job said it was appalled at the planned 15 percent reduction in pension measures paid to pensioners without proper consultation, and said the unions would support any popular decision taken by pensioners on the issue.

He urged the government to complete the arrangements to sign the final agreement to implement the N30,000 minimum wage in all areas.

Description John Olukayode Fayemi, is a Nigerian politician, currently serving as Governor of the State of Ekiti, in office since October 16, 2018. He previously held the position between 2010 and 2014 before losing reelection to Ayodele Fayose.