By Dtext (self media writer) | 1 year ago 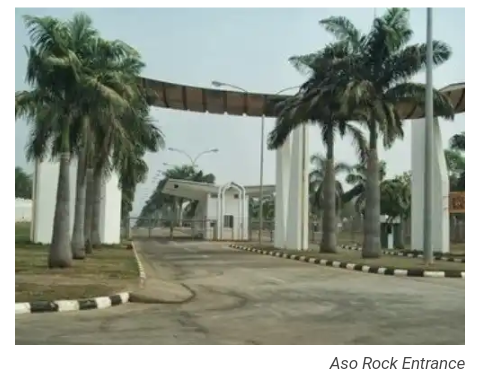 The Nigerian Presidential Complex Houses known as Aso Rock Presidential Villa. It's structures includes office and residence of the President and his wife, offices of the Vice President, the State House Conference and Akilona Aguda House.

In 1976, the Military Government of Murtala Mohammed, decided to relocate the National Federal Capital from Lagos to a more central location and set up a panel headed by Justice Akinola Aguda to make recommendations. The panel made the recommendation for the creation of the Federal Capital Territory (FCT) in the center of the country. 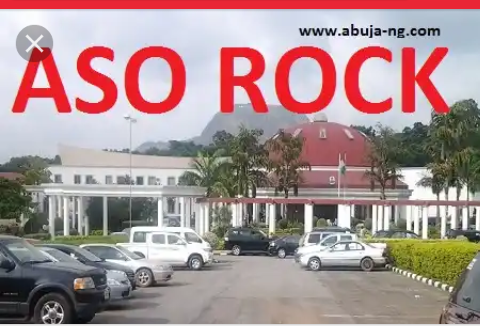 Aso Rock Presidential Villa, is popularly known as Aso Villa. The Villa, Aso Rock and State House, is located at Yakubu Gowon Crescent. The Villa is a National monument, it neither belongs to the president nor any particular person.

It is located close to a popular site in Nigeria known as Aso Rock, it is named after the rock. In Gbagyi dialect (the name and the language of the ethnic group who are predominantly found in the FCT), the word "Aso" means Victory. The rock also holds a significantly great importance in history and culture of the Gbagyi people. There are couple of local priest who take care of rock and it's usually said, that before anyone can climb or enter any of the caves, the person must seek approval of the priest. 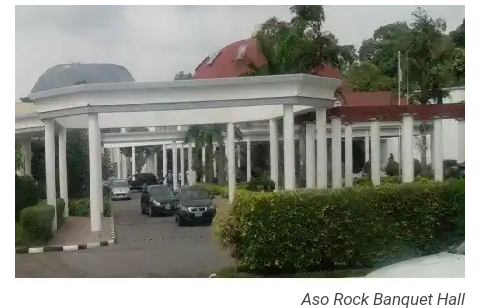 Apart from Aso Villa, which is the only structure built in the valley of the rock (Aso Rock), the location also houses two major seats of power of the Federal Government, which are, the National Assembly and the Supreme Court.

Unlike the presidential Villas of some other countries, like the US White House, the Aso Villa is a highly restricted area probably for security reasons, hence most people are only privileged to just see the outside view.

Below, are the inside view of the Aso Rock Villa and these wonderful photos will make salivate: 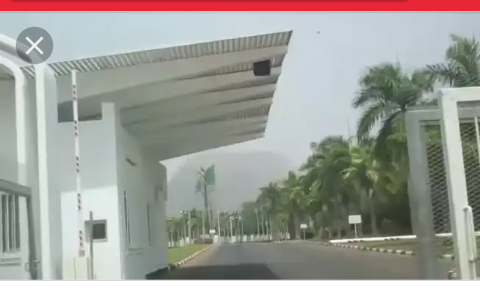 This wonderful picture shows the entrance of the Aso Rock presidential Villa. 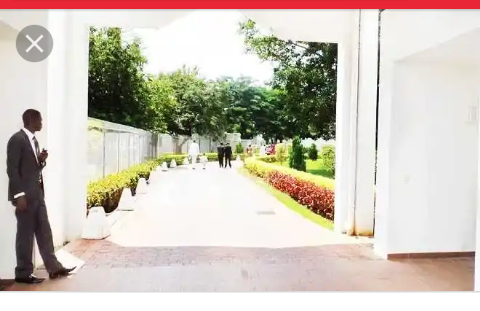 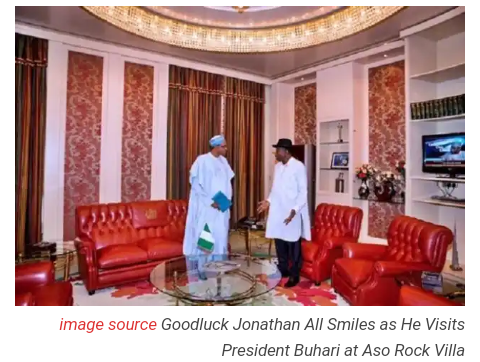 Below, is the picture of President Muhammad Buhari, hosting principal officers of All progressive Congress (APC), at a dinner in the hall of the presidential Villa, Abuja. 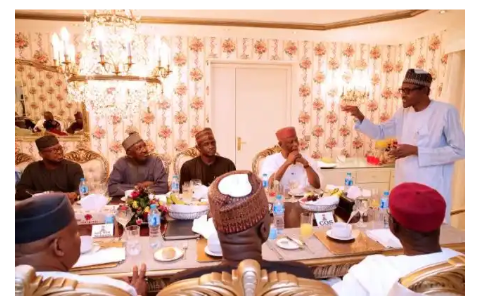 Without been told, the picture below shows the president in his office 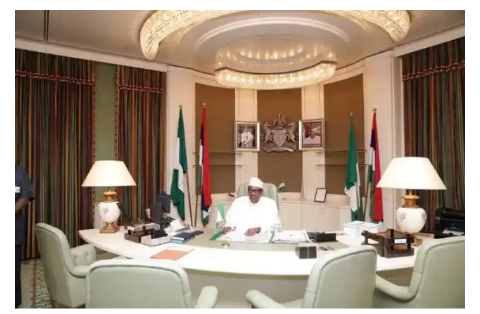 With this i you are now satisfied about the details of the Aso Villa?

Am waiting for your comments

Content created and supplied by: Dtext (via Opera News )