By IniMorgan (self media writer) | 5 months ago 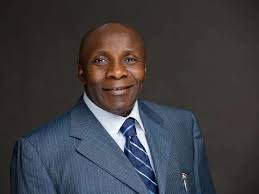 It is a very sad thing to read that the man who deliberately pursued peace in the opposition struggle in Akwa Ibom State during the process of electing party officers in the May 2018 Congress of the APC in the State, who also overlooked his trampling under foot by strangers to the party, being the most formidable aspirant in the bid of the APC to takeover the Hilltop Mansion in Uyo, Akwa Ibom State and supported the party's candidate in 2019 Governorship candidate in the State, should be the man who now suffers the insults of fellows who were allowed to enjoy illegitimate tenures as officers of the APC in Akwa Ibom State in the last 3 years.

Events that led to the emergence of Ward Chairmen presently contesting the outcome of the just concluded Ward Congress of the APC in Akwa State, need to be reminded of the manner in which they came into office. They should be asking themselves at what time they contested for the Office they are now exploiting to undermine the legitimate Congress conducted in the State. These are men who were imposed on the APC in Akwa Ibom State, who are now the opposers of the Congress dutifully allowed to hold in the State, the process they have used to malign the incumbent National Secretary of the Party. It is a very sad thing to hear!

For the purpose of hindsight, on 5 of May 2018, the APC scheduled to undertake her Ward Congresses under the first substantive Chairmanship of the party, His Excellency, John Odigie Oyegun. On that day, aspirants and delegates to the Congress congregated in the State Capital, Uyo, fir the exercise, as decided by the State Caucus of the party. While in Uyo, members were told of the continuing dialogue of members of the State Caucus with members of the Ward Congress Committee assign to from Abuja to ensure the exercise in attendance. Everyone was assured that the outcome would communicated to everyone in the end. 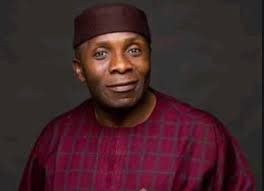 News later emanated from the meeting suggesting that majority of members of the State Caucus supported the suspension of the scheduled Ward Congress for fear of an imaginary crisis that may mar it. Senator John James Akpanudoedehe was reported as the only member who stood for an elective Congress to hold, following the confidence he commands among members of the party in the State, as a grassroots leader.

Senator Akpanudoedehe was said to have insisted that the Congress Committee members must be allowed to vacate their responsibilities as assigned to them by the National Secretariat of the Party.

On the long run, that State Caucus meeting which held at the residence of Atuekong Don Etiebet, a former Nigerian Minister of Petroleum, was shifted to the residence of Senator Ita Solomon Enang, to facilitate the agreement reached by stakeholders for the 2014 lists of Ward Chairmen to be adopted for the Party. It was on that basis that Senator Akpanudoedehe stepped down his insistence on the conduct of the elective Congress for Ward Officers of the Party in 2018.

At the residence of Senator Enang, the then Presidential Adviser on National Assembly Matters, Committees for the harmonisation of the 2014 lists of Ward and Local Governement Chapter Executives were drawn from each Local Government Area, with members representing the aspirants who had indicated interests in contesting the 2019 Governorship election in the State. The two aspirants who showed interests were Senator (Dr) John James Akpanudoedehe and Obong (Dr) Nsima Udo Ekere. 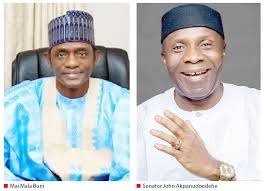 The lists of Ward and Local Government Area Executives were drawn after 2 weeks of painstaking deliberations; during which the lists of executives members for each ward was secured through the removal of former members on the 2014 lists who were either dead, or who have left the party. These were replaced through horse-trading by members the LGA Harminsation Committees. The lists drawn were forwarded to the State Caucus for endorsement, and same handed over to the Ward and LGA Congress Committee members for onward submission to Abuja.

However, when the list of approved Ward and LGA executives of the Party was released by the National Headquarters, the names on the list were unknown to the harmonisation committees delegated to produce them. It was clear that strange names were admitted and approved by the Adams Oshiomhole led National Working Committee.

The period between the conduct of the Ward and LGA congresses in May 2018, and when members of the Party in Akwa Ibom State received the list of executives in August 2018, shows how long it took the APC faithfuls in the State to know who their Wards and Local Governement Party officers were, and majority of those on the list as Executives were strange men. These strange men are the ones who are presently having problems with the same who has always insisted on a democratic process of putting party men on office. 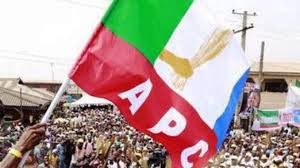 The news received in Uyo reported that Adams Oshiomhole hinted the stakeholders of the party from Akwa Ibom State that met him that the Party had accepted to field Obong (Dr) Nsima Udo Ekere as the Party's Governorship Candidate for Akwa Ibom State on the basis of zonibg, 3 months before his emergence. It was for that reason that the lists of party officers he singlehandedly submitted was accepted and approved by the NWC of the party for the State.

Above was how the present Ward Chairmen, protesting the outcome of the recently concluded Ward Congress of our great party, came into office. That the present leadership of the APC has refused to adopt them for another term in office has led to their present protestation.

Nevertheless, what remains for them is, for them to learn the mannerism of the incumbent National Secretary of the Party, Senator (Pastor) John James Akpnaudoedehe, Ph.D; who through out the time of his ill-treatment by the sponsors of his present traducers, as relayed above, kept his calm while encouraging his followers to understand that "he who fights and runs away, lives to fight another day".

Senator Akpanudoedehe is innocent of their accusations, and he remains the most traduced politician in the State, but yet the most patient, talented and tolerant of them all.