By ADaberechukwu (self media writer) | 2 years ago

Emerging report this Monday, indicates that various pressure groups has called on the national leader of the All Progressive Congress, APC, Asiwaju Bola Ahmed Tinubu, to contest for the office of the President Of the Federal Republic of Nigeria, come 2023 general election. The group which has now reach 1 million followers globally. 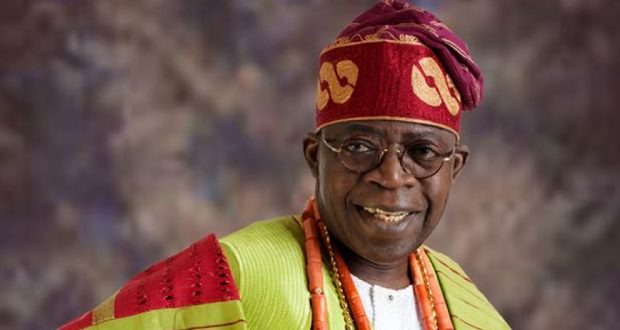 This increasing number of supporters, this is a support to ensure that the APC national leader emerges as the next President of Nigeria, succeeding Mohammadu Buhari come 2023.

Irrespective of the increasing pressures recently mounted on him, the former Lagos State Governor is yet to publicly declare his intentions to run for presidency, insisting that his time is still not right.

Tinubu who had recently said that has not made any decision on his 2023 ambition, saying that, he is already preoccupied with offering the adminstrative of President Buhari credible advice and direction, to help deeper the successes of the administration.

However, his followers are leaving no stone unturned, to actualise his ambition.

One of the strongest support groups of Tinubu, is the "Tinubu 2023, Non Negotiable", otherwise known as TNN, which recently marked its one year anniversary, the event saw the group admit more members, and inaugurating executives in the diaspora.

According to the Founder of the group, Hon. Kunle Okunola, so far, Executives of TNN have been inaugurated in 13 countries, including France, United Kingdom, UK, and some African countries, all working to make the 2023 project of Tinubu a reality.

Speaking over the weekend, Okunola, a former Organising Secretary of the People's Democratic Party, PDP, in Lagos, before his defection to the rulling All Progressive Congress, APC, insisted that no amount of campaign of calumny will stop the emergence of Tinubu as the next President of the Nigeria.

He continued by saying that Tinubu does not only have the capacity and skills required to lead Nigeria, but appears as a non-partisan citizenry, because he's the only 2023 Presidential Candidate that can "rediscover" and "reposition" the country, and take it to the promised Land.

Okunola maintained that those Politicians are determined to destroy him before 2023, but that their plot and "campaign of calumny" cannot stop APC national leader.

According to him, it is only the President and Tinubu that are currently holding the foundation of the APC, with Buhari in the North, and Tinubu in the South.

Another APC Chieftain and former member, Lagos House of Assembly, Hon. Dipo Olounrinu, said that the APC National Leader has the pedigree of achievements to rule the country, and urged Nigerians to give him the chance, when he eventually shows interest.

He disclosed that Tinubu has not only made people, but contributed and continues to contribute immensely to the growth of the party, and stands firmly by the party, after working for its victory in the 2015 and 2019 Presidential elections.

Content created and supplied by: ADaberechukwu (via Opera News )