By DaveMedia (self media writer) | 1 year ago 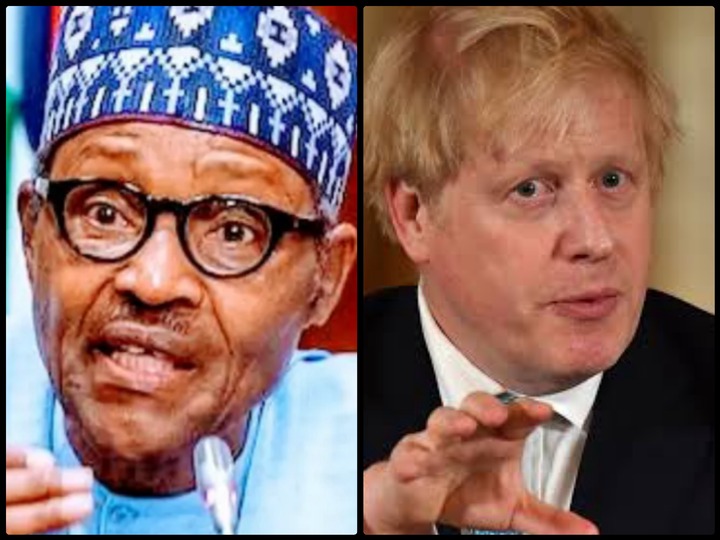 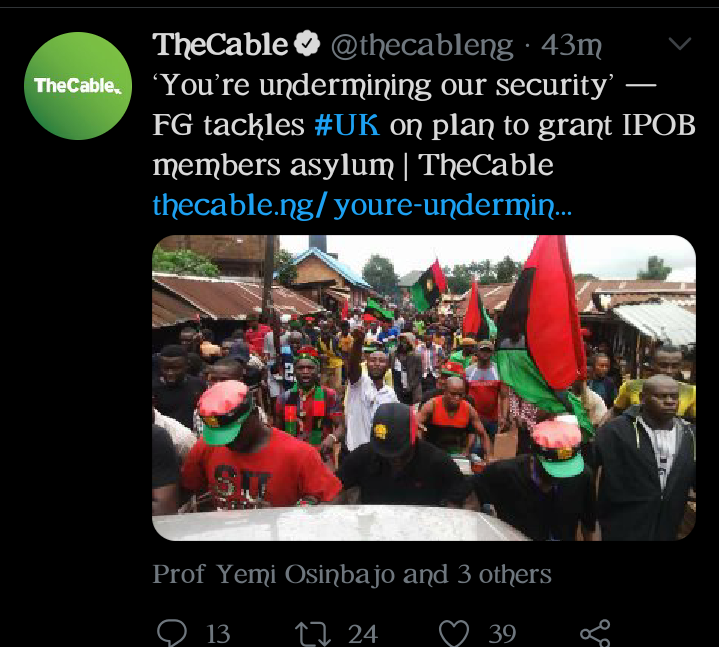 The federal government says the plan of the UK to grant asylum to “persecuted” members of the Indigenous People of Biafra (IPOB) undermines Nigeria’s security.

TheCable had published an exclusive report that the UK Visas and Immigration (UKVI) had released new guidelines on how to treat asylum applications by members of Biafran secessionist groups.

In the guidelines, asylum is to be granted to “persecuted” members of the proscribed IPOB and the Movement for the Actualisation of the Sovereign State of Biafra (MASSOB). 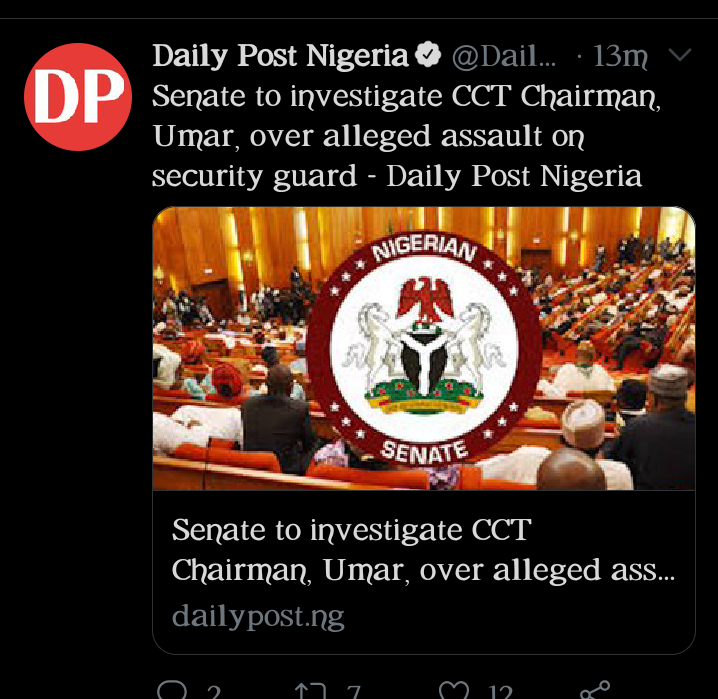 The Senate on Tuesday mandated its standing Committee on Ethics, Privileges and Public Petitions to investigate the alleged assault on a security guard, Clement Sargwak.

Recall that the CCT Chairman, Danladi Umar was criticised weeks ago for allegedly assaulting a security guard in a viral video, an accusation he has vehemently denied.

Gyang at the plenary said the petitioner was seeking justice, given the assault on him by the Tribunal Judge, while carrying out his duty. 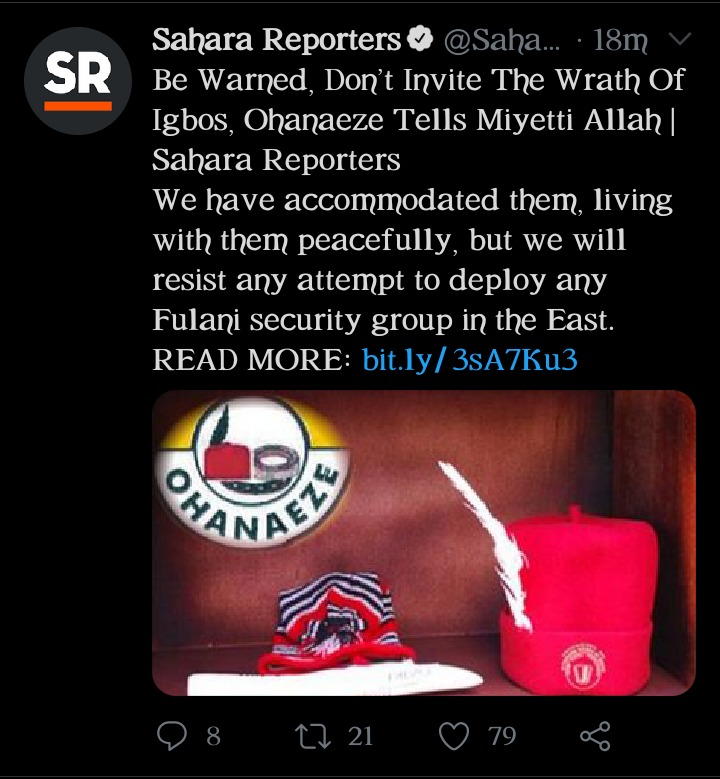 The apex Igbo socio-cultural group, Ohanaeze Ndigbo, has warned Miyetti Allah Cattle Breeders Association of Nigeria (MACBAN) against any attempt to operate a Fulani security group in the Igbo land.

The group in a statement by its Secretary General, Mazi Okechukwu Isiguzoro emphasized that securing lives and property of the citizenry solely lies in the hands of governors and the President, vowing that Ndigbo would resist such attempt to deploy any Fulani security group to man the nooks and crannies of Igbo land. 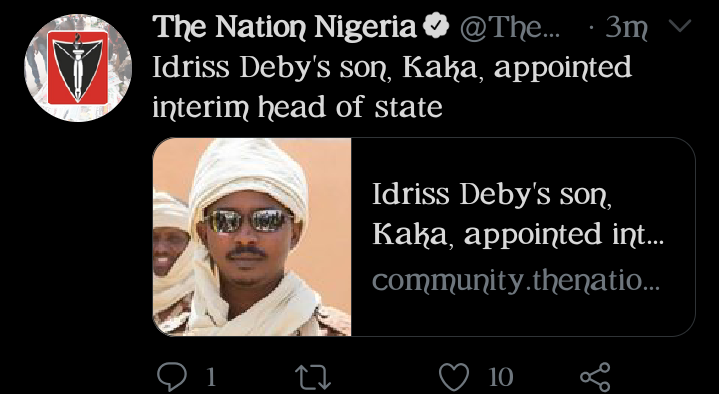 Less than 24 hours after the death of the newly re-elected President of Chad Idriss Déby was announced, his son, General Mahamat Kaka has been named the interim head of State.

He is expected to pilot the state’s administration until a substantive president is elected.

The development was confirmed by the army spokesman, General Azem Bermandoa Agouna in a statement read out on the national television.

The new appointment was announced shortly after Agouna disclosed that Déby died of wounds he received while commanding his army in battles against insurgents in the North.

Content created and supplied by: DaveMedia (via Opera News )