By Messyloricara (self media writer) | 1 year ago 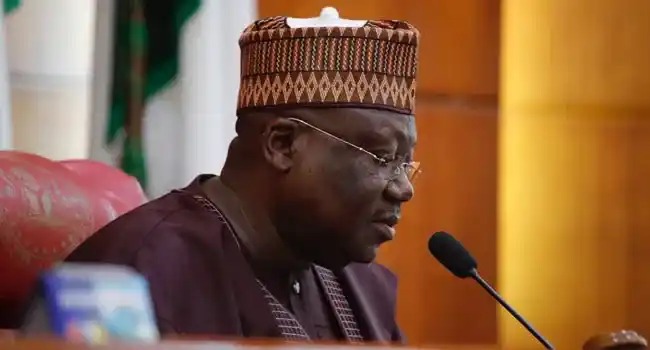 The Senate President, Ahmad Lawan, has described the allegation that he collected N2 billion to facilitate the confirmation of Professor Mahmoud Yakubu for a second term as Chairman of the Independent National Electoral Commission (INEC) as spurious and existing only in the imagination of purveyors of fake news.

The Senate President stated this in a statement by his Special Adviser (Media), Ola Awoniyi on Thursday in Abuja.

The statement reads: “The attention of the Office of the Senate President has been drawn to a report by SaharaReporters alleging that a group led by the Senate President, Ahmad Lawan, collected N2billion from Professor Mahmood Yakubu to facilitate the confirmation of his appointment by President Muhammadu Buhari to a fresh five-year tenure as chairman of the Independent National Electoral Commission (INEC).

“It is noteworthy that the publication, as always with its ridiculous fabricated reports, could not even expand the entertainment of its readers by providing the names of members of the fictitious group and where the group operates from.

“To be sure, that group exists only in the mischievous imagination of the writer of the fiction. 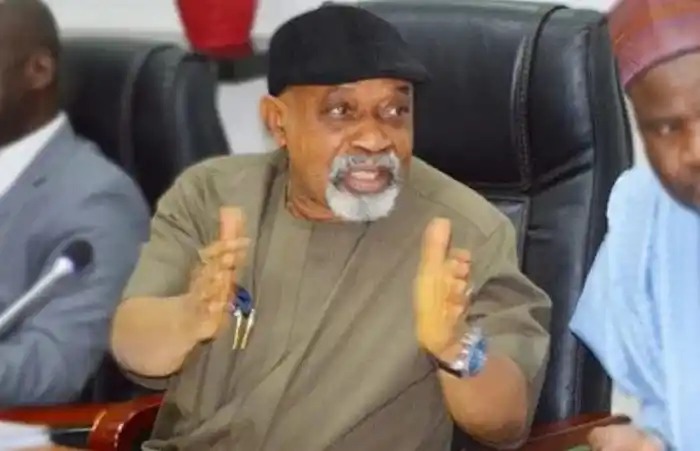 The Federal Government on Thursday directed a ministerial committee to review within four weeks, the application filed by the Academic Staff Union of Universities (ASUU) splinter group, Congress of University Academics (CONUA), for registration as a trade union.

The Minister of Labour and Employment, Dr. Chris Ngige, gave the directive when he granted audience to the CONUA delegation led by its National Coordinator, Niyi Sunmonu, in his office in Abuja.

He promised to look into the group’s request for registration as a trade union.

In his address, Sunmonu lamented that constant industrial actions had done more harm to the nation’s university system.

He said the varsity lecturers should have evaluated the effect of strikes on Nigeria’s institutions.

The coordinator urged the minister to reconsider CONUA’s request for registration as a trade union, saying ASUU no longer represents the interests and aspirations of its members.

Sunmonu said: “From the preliminary report that we have, the strike has done more bad than good to our universities.

“Nigerian Universities should rank comfortably with any other university in any part of the world. So we want to ensure a seamless and uninterrupted academic calendar in the university system.

“CONUA members are independent academics who decided to come together and form a formidable union for its members and the advancement of education in Nigeria. 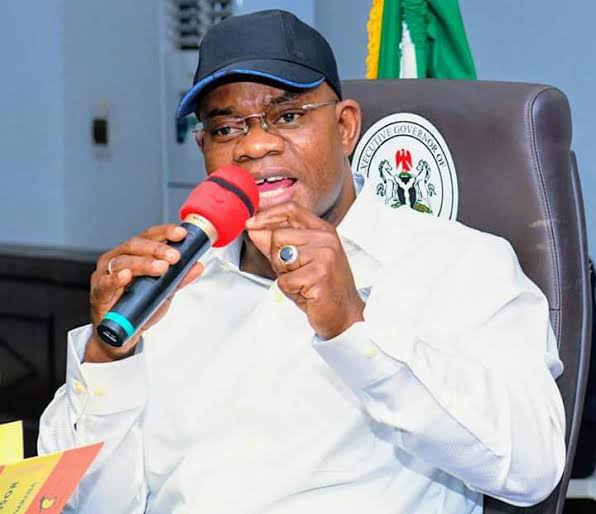 Bello, who featured on a Channels Television programme, Politics Today, said more PDP governors are knocking on the APC doors.

He also claimed that the Rivers State governor, Nyesom Wike would join the ruling party.

The Kogi governor described Umahi as a believer in the APC policies and administration even as a member of the opposition party.

He said: “Umahi is with us, others are coming.

“Other governors are already knocking. They are on their way. We will be unveiling them one after the other.

Wike might be the last to join the All Progressives Congress (APC). Others are lining up.”

The Ebonyi governor formally joined the ruling party on Thursday.

He confirmed his switch to the party on Tuesday.

At a press briefing in Abakaliki, Umahi said he dumped the PDP because of the injustice meted out to people of the South-East despite years of loyalty to the party. 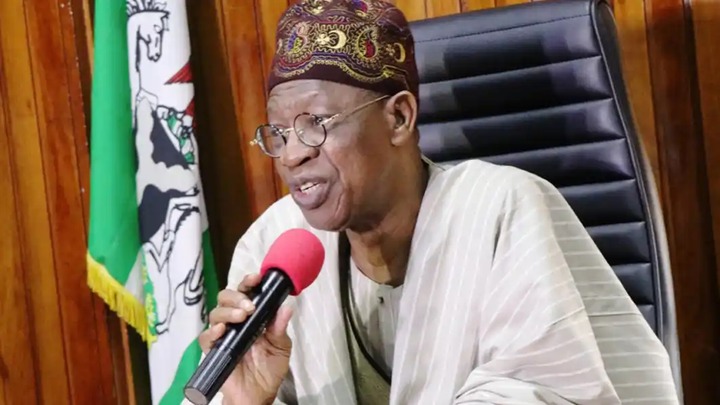 Mohammed, who disclosed this at a briefing in Abuja on Thursday, also said 196 policemen sustained injuries during the catastrophe.

He accused human rights organisations and some media houses of turning a blind eye to the violence which he said was driven by misinformation.

Thousands of Nigerians had thronged the streets and major roads to protest against police brutality under the #EndSARS movement.

Mohammed said eight prisons were attacked during the crisis, “with 1,957 inmates set free and 31 staff injured.”

“Six soldiers and 37 policemen were killed all over the country during the crisis,” he said.

“This is in addition to 196 policemen that were injured; 164 police vehicles that were destroyed and 134 police stations that were razed.

5) Secondus: Insecurity getting worse yet Buhari is clearly helpless

Uche Secondus, national chairman of the Peoples Democratic Party (PDP), says insecurity in the country has become worse and there is no solution in sight under President Muhammadu Buhari.

Speaking at the party’s 90th national executive committee (NEC) meeting in Abuja, Secondus alleged that Buhari is not providing the leadership needed to address insecurity.

The chairman said before the lockdown, the country was already going through some challenges owing to “poor governance” of the All Progressives Congress (APC) government.

“Great leaders of our party, before the COVID-19 lockdown our country was already going through some socio-political and economic challenges all arising from the poor governance delivery by the ruling APC,” he said.

“The security problem of the country has refused to abate, instead, it has multiplied with no clear solution in sight.

“President Muhammadu Buhari led APC government, under whose watch the situation got worsened and complicated has remained clearly helpless and incapable of providing the needed leadership.”

Speaking on the #EndSARS protests, Secondus said PDP had always expressed “deep concern” at the growing human rights abuses in the country.

“The consequences of all these came to the fore when the youths, last month, poured out their anger on the country through a nationwide protest,” he said.

“Even though the protest was triggered off by accumulated police brutality, particularly by the defunct Special Anti-Robbery Squad (SARS), it developed into a wider rebellion against injustice and poor leadership in the country.”

On the defection of David Umahi, Ebonyi governor, to the APC, Secondus said the real reason he left would soon be exposed. 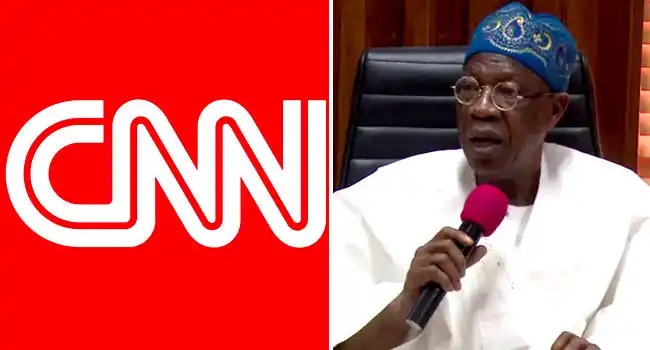 Cable News Network (CNN) has reacted to comments by the Minister of Information and Culture, Lai Mohammed, on its investigation into the shooting at the Lekki Tollgate in Lagos.

It insisted that it did not rush to publish the report as it ensured due processes were followed, which included thorough research.

“Our reporting was carefully and meticulously researched, and we stand by it,” a spokesperson for the American-based news agency was quoted as saying in an email on Thursday.

Reacting to the minister’s comments in a post published on its website, CNN stated that the report, titled ‘How A Bloody Night Of Bullets And Brutality Quashed A Young Protest Movement’, was based on testimony from dozens of witnesses, as well as photos and video obtained and geolocated by the news agency. 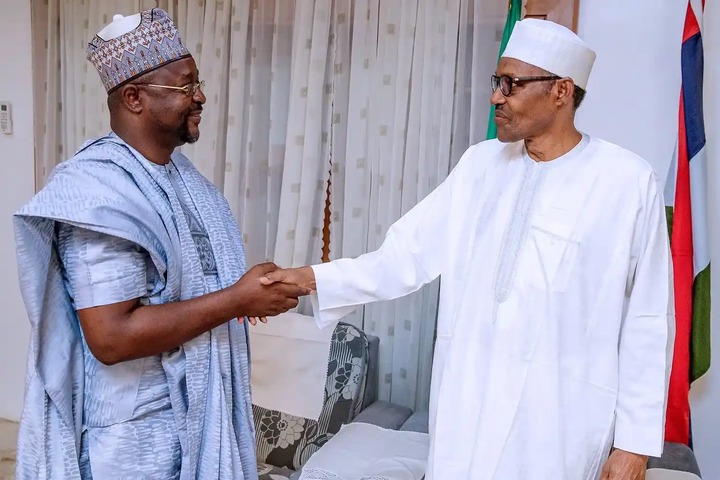 The Minister of Youth and Sports, Sunday Dare, on Thursday, claimed that many Nigerian youths across the country weren’t aware of the ongoing various Federal Government’s youth’s intervention programmes.

He said, “My ministry compiled a compendium of the opportunities and intervention programmes created for the youth by the administration of President Muhammadu Buhari in the last five years and half, and we were able to come up with as many as 25 of them.

Dare said that the government decided to make the information available to the youth leaders so that they can, in turn, disseminate it to the teeming youth of the country, using their extensive network, pointing out that knowing about these opportunities was not enough unless the youth took advantage of them.

Content created and supplied by: Messyloricara (via Opera News )