By Racksac (self meida writer) | 18 days 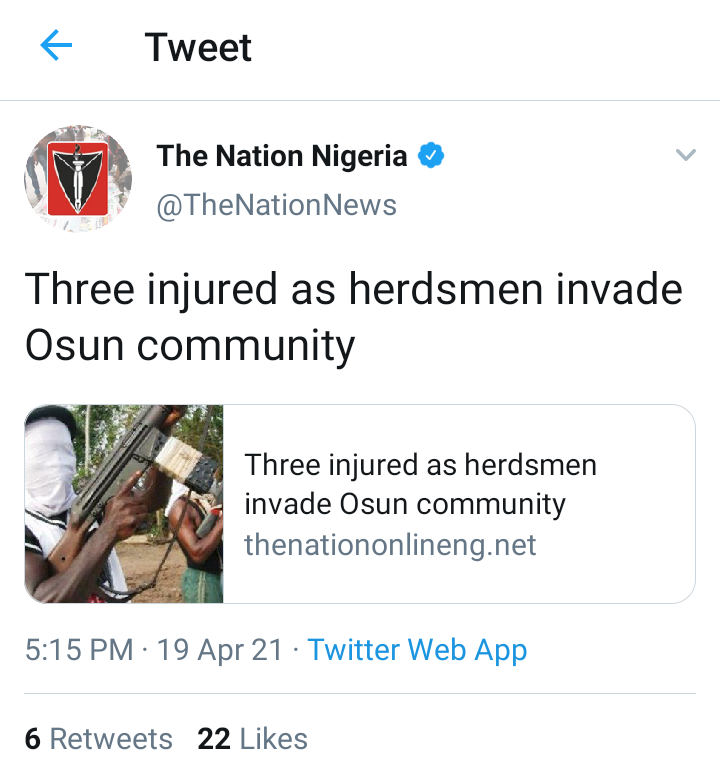 There was palpable fear in Koka village in Obokun Local Government Area of Osun State after suspected herdsmen invaded the community to abduct villagers.

It was gathered the armed herdsmen invaded the village around 11:50 pm on Sunday.

A source in the village told The Nation the herdsmen stormed the village and started to forcefully pick villagers from homes randomly.

According to him: “Those that attacked us were herdsmen, they were armed and threatening to kill anybody that dares them.

South-East People Have Lost Faith In Their Governors – IPOB 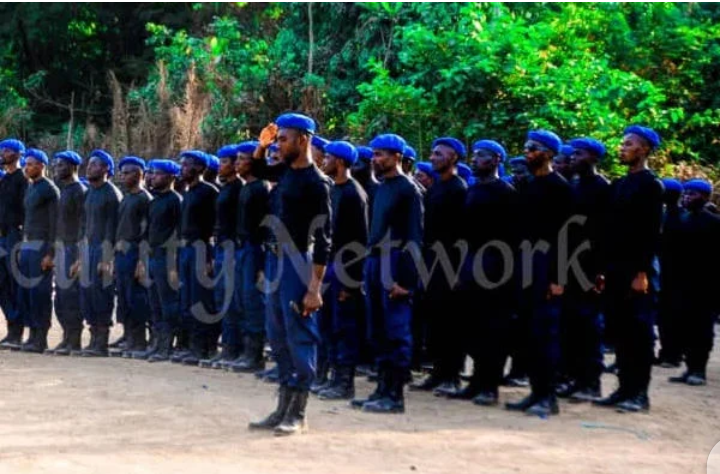 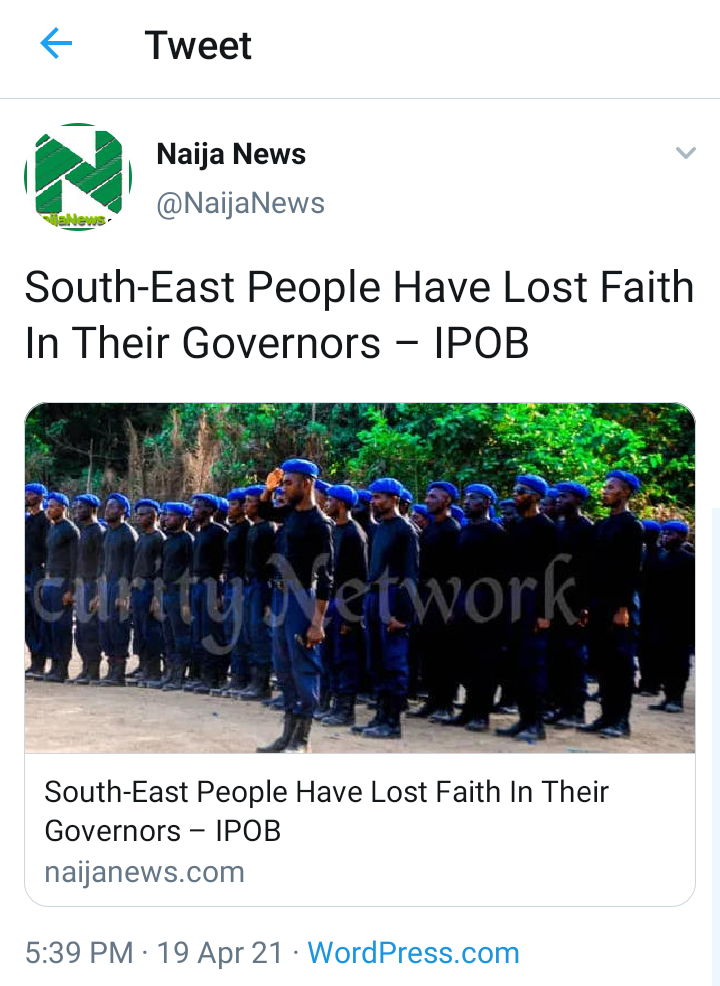 The Indigenous People of Biafra has warned individuals calling for members of its security outfit, the Eastern Security Network to work with the newly formed security outfit in the South-East, Ebubeagu to desist from such calls. 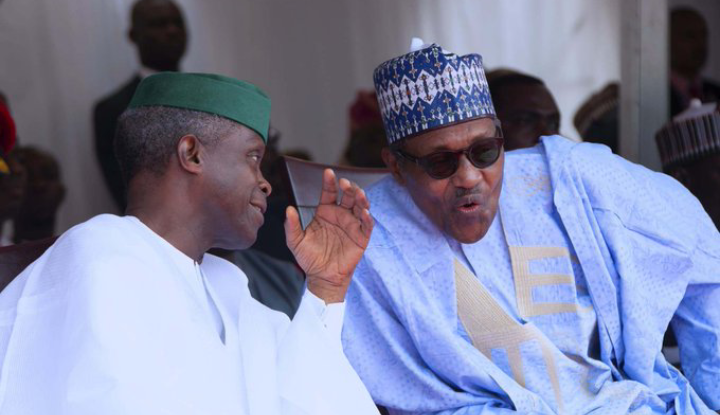 IPOB in a statement on Monday warned that the light and darkness cannot work together.

The spokesman of the group, Emma Powerful, described Ebubeagu as a ghost group monitored by the Nigerian security agents, who are enemies of the ESN and its leader, Nnamdi Kanu. 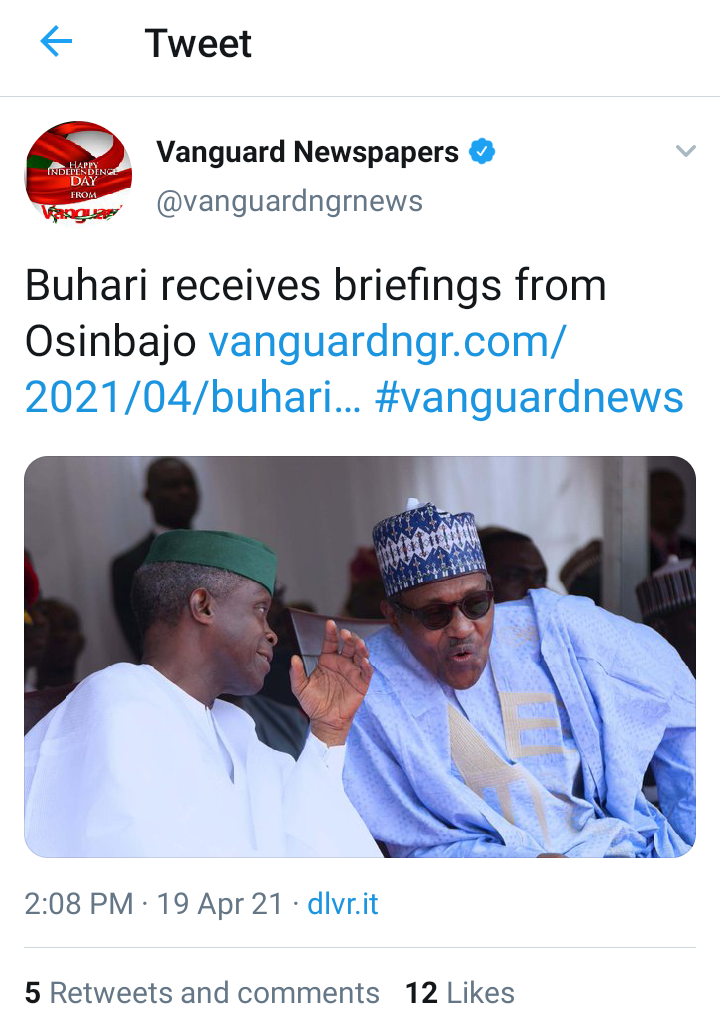 The President last week Thursday returned to the country after 16-day medical checkup in the United Kingdom.

He left Nigeria on Tuesday, March 30, briefly after a security meeting with defense and intelligence chiefs, as well as other security sector managers.

A statement issued by the Special Adviser to the President on Media and Publicity, Chief Femi Adesina had explained that the President was going to United Kingdom for a routine medical check-up. 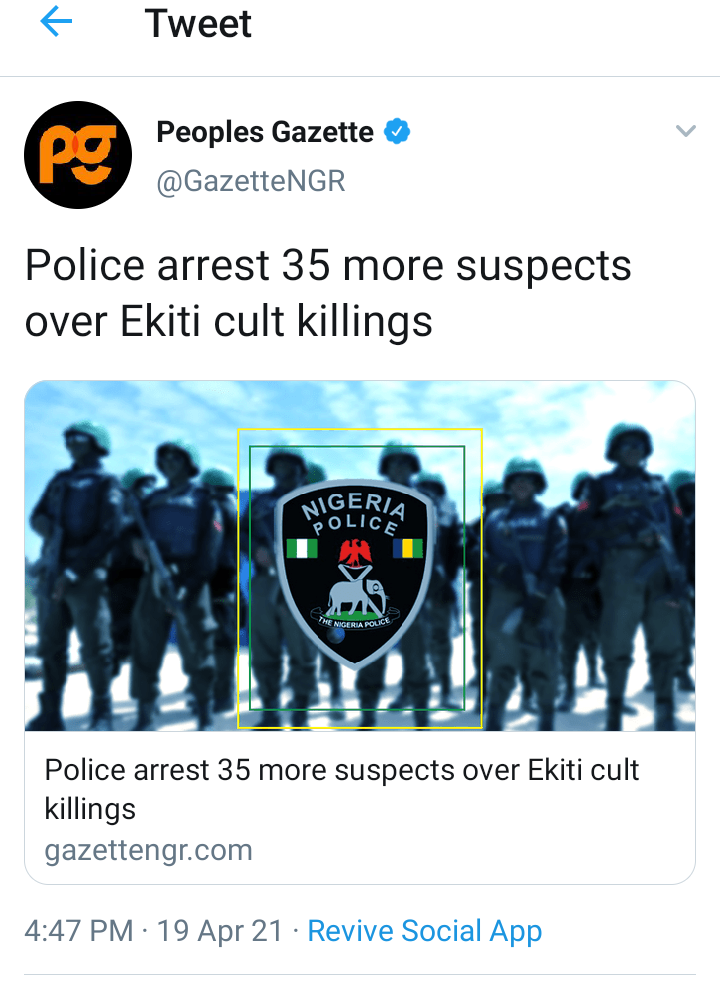 The police in Ekiti State on Monday arrested 35 more suspects in connection with the bloody cult clash in Ikere Ekiti, Ikere Local Government Area on Sunday.

The clash, which left six persons dead and several others sustaining various degrees of gun and machete injuries, began Saturday night and lasted through the early hours of Sunday.