Obaseki has no opponent, says Wike

‘PDP leaders not worried over resignations’

No room for rigging in Edo, says Obaseki

How to avert electoral crisis in Edo, by Ize-Iyamu

Osimhen tipped to succeed at Napoli

I kidnap people to raise money for charity, says pastor

Of COVID-19 cure and demon sperm

Ensuring efficient use of public funds

APC kicks as Wike says Obaseki has no opponent

Borrowing: Give us option to China, Amaechi challenges National Assembly

Nigerians in Diaspora petition ICC over ‘ongoing genocide’ in Nigeria

‘I need ransom for expansion of my church’, General Overseer nabbed for kidnapping tells Police

COVID-19 and virtual learning: How millions of parents are coping

RESUMPTION: FG rolls out schedule for WAEC, NECO, others

Gunmen kill 13 family members, one other in Kogi

FEC approves N2.3trn to address disruption of the economy by COVID-19 pandemic

Dexterous gangsterism of our economic hitmen

Dexterous gangsterism of our economic hitmen

COVID-19: Four out of 50 persons arrested in

How police officer raped me till dawn for not wearing nose mask, widow narrates

Was the amalgamation of northern and southern Nigeria in 1914 a mistake? (2)

APC kicks as Wike Says Obaseki Has No Opponent

Ekiti APC Sets up Committee to Reconcile Fayemi, Ojudu, Others

Obaseki has no opponent –Wike

Southern Kaduna killings: This is war against Christians

We have secured over 500 convictions, rescued over 18,000 victims NAPTIP

We have secured over 500 convictions, rescued over 18,000 victims ' NAPTIP

Dogara not in tune with happenings in Bauchi — Gov

Dogara not in tune with happenings in Bauchi — Gov

Rahm debuts at No 1 in WGC St Jude Invitational

How A 'Repentant' Boko Haram Terrorist Killed His Father, Disappeared With His Cows

Borno state governor, Babagana Zulum slams soldiers after an attack on his convoy

Furious Sarri threatens to send U-23s to next

Transfer LIVE: Chelsea to pick between Havertz or Oblak

Arsenal hopeful over Partey but also eye up Pereira

Musso: Argentina's next No.1 tipped to succeed Oblak at Atletico 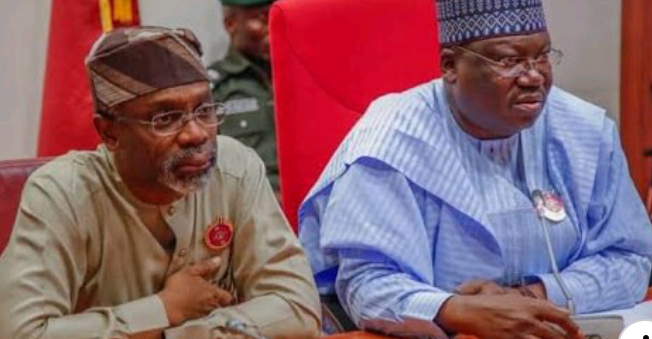